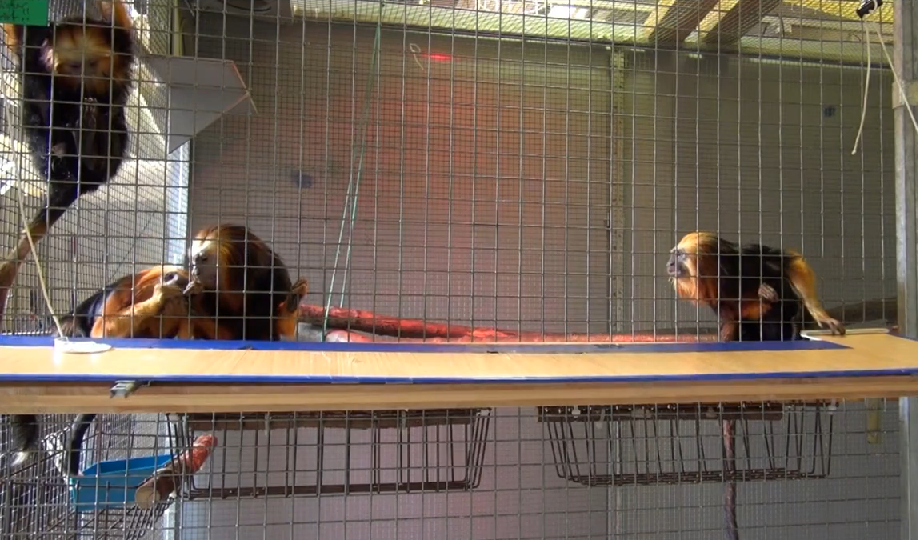 Say you meet some guy in a business suit. Maybe he’s got slicked back hair and a ponytail, maybe he reads a lot of Ayn Rand. And that guy tells you that it’s a dog-eat-dog world out there, that a person is just a miserable animal only in it for itself, and that you have to screw over others before they screw over you?

Don’t believe him. Science has repeatedly shown that humans are by nature altruistic and cooperative. And new research has provided some insight into why.

According to an article in The New Scientist, a new study by anthropologists Carel van Schaik and Judith Burkart of the University of Zurich in Switzerland supports the theory that humans developed altruistic traits, at least in part, because we were forced by harsh environments to help take care of each other’s kids.

This is called cooperative breeding, and it’s seen in several species including humans and marmosets, but the theory is a bit controversial because it’s not found in great apes like the chimpanzee that are considered our closest evolutionary relatives. Supporters, however, believe cooperative breeding may have developed in humans after the human and chimp split from a common ancestor, and van Schaik and Burkhart developed an experiment to test the theory.

The researchers and their colleagues tested 15 separate primate species, including marmosets, spider monkeys, chimps, and human children. The experiment used a simple device in which the primate could pull some of its favorite foods to another member of its species, but not to itself. So the marmosets could direct dead crickets to other marmosets, the children could direct Smarties and other candies to other children.

The team found that the species that do engage in cooperative breeding were more likely to be helpful to others when there was no gain to themselves and found that other factors like brain size had a weaker connection to the behavior, The New Scientist reported.

The researchers say it could be that groups of human ancestors developed these cooperative breeding techniques, and thus a tendency toward altruism, millions of years ago when the move from living in trees to a more harsh savanna and woodlands forced them to.

“From other species, such as birds, we know that [cooperative breeding] is typically associated with adverse environmental conditions where it is difficult to survive,” Burkart said. “Once they moved into those savanna habitats, it may simply have become impossible for mothers to rear and provision their offspring alone.”

Screenshot of the experiment from video by Judith Burkhart, via The New Scientist