Scientific and historical inaccuracies of Hollywood that needs to be fixed in future movies!

Scientific and Historical Inaccuracies have been rampant in many Hollywood films and movies. Scaly Dinosaurs are one of those scientific mistakes. Jurassic World will debut feathered Dinosaurs for the first time in franchise history. Dinosaurs have relations with Birds, but most Hollywood portrayals had been reptile leaning. The Jurassic Park franchise has solidified the reptilian scaly appearance of dinosaurs throughout the years. The first movie started the scaled dinosaur trend because of the 1914 movie Brute Force. It is the first Hollywood film to portray Dinosaurs, and they used the imagery of scaly reptiles instead of birds.

Another  lack of accuracy of Hollywood is how they portray Ancient Greek and Roman Statues. Hollywood movies loves portraying statues from those ancient civilizations based on what they look like after archeologists found them. I can’t blame Hollywood because those Marble looking statues looks sophisticated. You can take a glimpse of those white statues in this scene from the Gladiator. 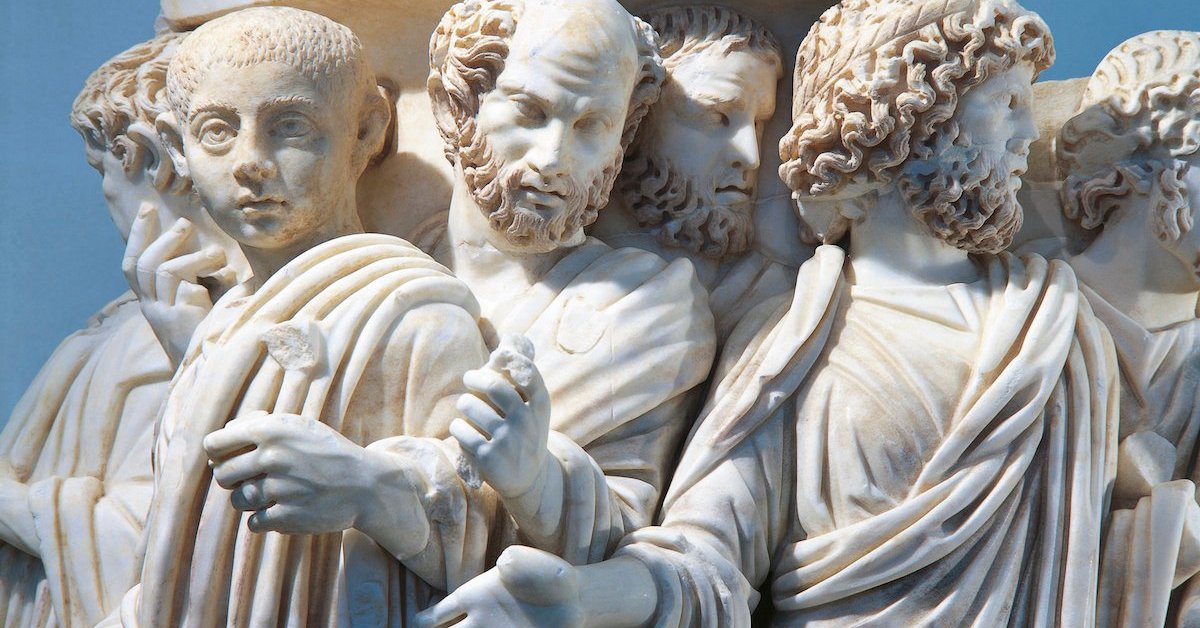 There is something classic about the plain white or gold sculptures. Those ancient cultures have a tackier taste. The Statues from Ancient Greece and Rome are actually colorful! Yes, they paint them because they want them to look realistic. Last year, a News report from CBS revealed that these ancient statues were meant to be colorful. If you think about it, it may have influenced modern-day Catholics. Many Idols of Jesus, Mary, and the Saints are colorful.

They became white because the paint faded after thousands of years. Your Plastic action figures might lose their color a thousand years from now.

Next time there will be a movie set in Ancient Rome of Greece, The People in the props department should invest some money for paint. These Statues are not meant to be plane white or gray because their creators colored them. They are meant to have photorealistic colors because the ancient people were going for realism.