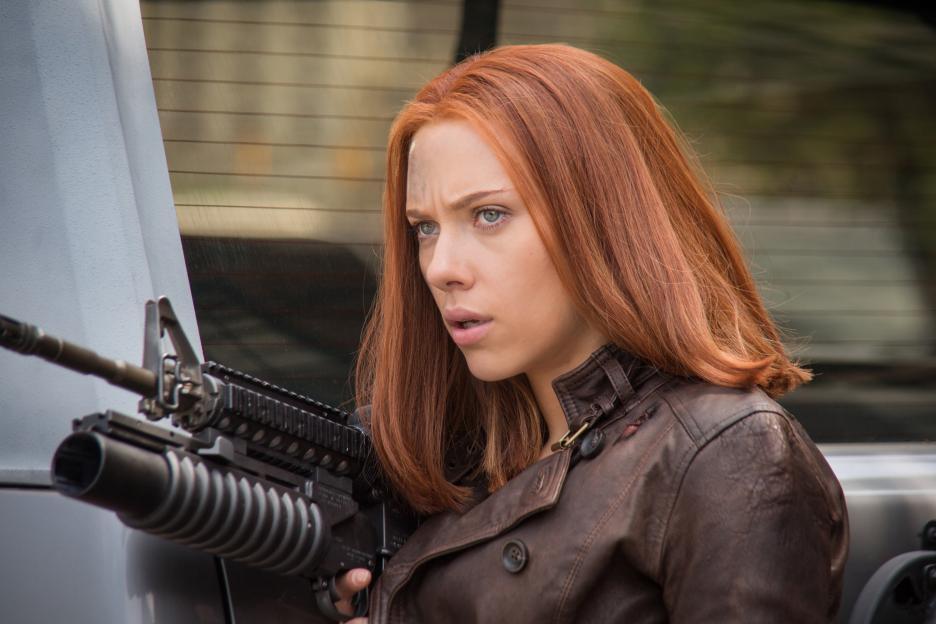 Per Variety, it appears that the live-action Ghost in the Shell movie project has found its Major. Actress Scarlett Johansson (Lucy, Captain America: The Winter Soldier, Avengers: Age of Ultron) is set to star in the film, based on the hit Japanese anime and manga series.

Sources claim that Johansson has boarded the project alongside director Rupert Sanders (Snow White and the Huntsman). There were reports last October that Johansson had been offered the lead role, but she had not yet made a decision. Deadline reported that DreamWorks offered Johansson $10 million to star in the film. Margot Robbie was also a candidate for the film, but she instead signed on to star as Harley Quinn in the Suicide Squad film.

Ghost in the Shell follows the story of a member of a covert ops unit of Japanese Public Security, Section 9, led by a Major Motoko Kusanagi. Kusanagi was in a horrible accident as a child and was forced to undergo a fully cybernetic augmentation for her body.

Sanders is directing the film from a script by Bill Wheeler. Avi Arad (The Amazing Spider-Man) and Steven Paul are producing the project alongside executive producer Mark Sourian. In addition, Paramount could come on as a co-producer and financier for the film.

For Johansson, the appeal of this project is easy to see. It is a chance for her to topline her own sci-fi, action film franchise, especially considering that Marvel Studios has no plans for a Black Widow solo-film for Phase III of the Marvel Cinematic Universe. In 2014, she starred in her own sci-fi, action film, Lucy, which grossed over $126 million domestically and $458 million worldwide. For the studio, Johansson is one of the more bankable female superstars out there at the moment.

For hardcore fans of the anime and manga, the choice could be seen as controversial. Kusanagi is a Japanese character of Japanese descent. However, one imagines that the Hollywood producers will get around that with Johansson playing the character because Kusanagi is a full-bodied cyborg who can change her outer appearance or cyborg “shell.” Whether the film will change the names of the characters, the Tokyo, Japan setting, and the nationality of other mainstay characters of the Ghost in the Shell canon remains to be seen. It will be interesting to see the direction DreamWorks goes in for the casting of Batou, Kusanagi’s second-in-command, not to mention a character who has an unrequited crush on the Major.

DreamWorks and acclaimed filmmaker Steven Spielberg acquired the live-action film rights for the property in 2008. The most recent animated rendition of the property was the OVA series, Ghost in the Shell: Arise, which debuted in 2013. Masamune Shirow created the classic cyber-punk manga, which first appeared in 1989.