We’ve spotlighted the work of video game music artist Dale North here before. His latest work is the soundtrack for Marble Knights, a competitive brawler where all the fighters have giant round marbles for lower bodies and victory involves mastery of rolling physics and ricocheting off each other in just the right way. Marble Knights was developed by Wayforward, who always does good work, but unfortunately the game is currently exclusive to Apple Arcade.

The soundtrack, however, isn’t. Scarlet Moon just released North’s score, which they describe as “a playful and grandiose orchestral fantasy soundtrack with retro accents.”

“I had a lot of forward momentum rolling into my work on the soundtrack for Marble Knights,” North recalls for this one. “The fantastic art, gliding gameplay, and outstanding voice work all made spinning up the music very easy. And, of course, I almost lost my marbles when I heard I’d be working with Studio Trigger, one of my favorite animation studios ever. Needless to say, being able to write this fantasy/chiptune hybrid soundtrack was an absolute ball. I would be so happy if you could roll it into your music rotation!”

In Marble Knights, sword-swinging fantasy meets marble mania! Roll into battle with Orbin, Marabelle, and the other Knights of the Round to defend King Rolland and the Kingdom of Roundingham from the evil Lord Terroball! Marble Knights is developed by WayForward and is available exclusively on Apple Arcade.

The Marble Knights Original Game Soundtrack is available now on all digital storefronts (pick your favorite through this link). We hope Marble Knights itself is someday released outside of a walled mobile market; it’s be great on Switch. 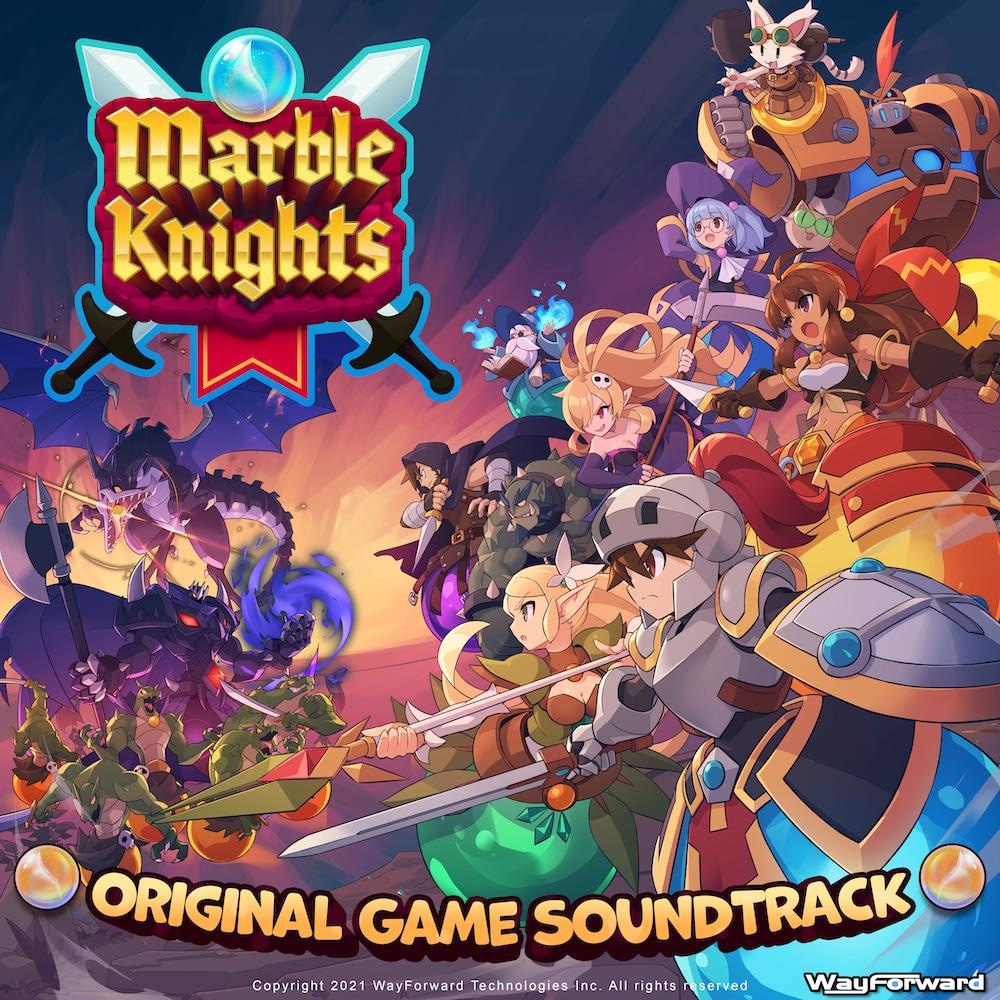 Raheem Jarbo, AKA Mega Ran, is famous in multiple circles as a rap artist, a video game enthusiast, and even a teacher. He even holds the Guinness World Record for “most video game-related songs by a single person.” But his life has taken some crazy twists on the path to

Scarlet Moon Records specializes in video game cover albums, but once a year, they break from tradition a bit. For five Decembers now, they’ve put out a special Christmas album featuring their top artists. This time they’ve brought together Hunter Bridges (Audio Director at Evening Star), Osamu Kubota (arranger on

Even though there’s no E3 this year, that didn’t stop Limited Run Games from holding their usual mega conference in a fake coliseum, with cheesy green screen effects aplenty. This year’s video was the longest ever, running over 40 minutes long and containing over thirty announcements. A Boy and His

Two years ago, Wizard of Legend was released for consoles and PC. It’s a procedurally generated roguelike where you guide a wizard through ten-floor dungeons called the “Chaos Trials.” The game received good reviews and strong sales, and if you liked the soundtrack (composed by the great Dale North), good