Earlier this year James Cameron announced he was interested in returning to the Terminator franchise he had built so many years ago with Parts 1 and 2 in 1984 and 1991 respectively. Since then they’ve been left to rot unsupervised in sequel after ill-advised sequel by other people attempting to measure up. (The only bright spot was The Sarah Connor Chronicles in 2008, which did the impossible by retranslating the movies’ action-packed world into a slower-paced, deep-thinking episodic TV series. The fact that it has just two seasons and ends on a cliffhanger still irritates me to this day.)

Everyone thought the brand was officially dead with the poorly-received reboot Genisys, but now James is back to hopefully clean up the mess. This Terminator picks up where T2 left off, and assumes the others never happened.

The coolest thing about it? THE Sarah Connor is back — not an imitation, but the real thing. Linda Hamilton has returned to fill out the role, and she looks more fearsome than ever. Cameron tweeted out the first image of Hamilton in her robot-kicking duds today: 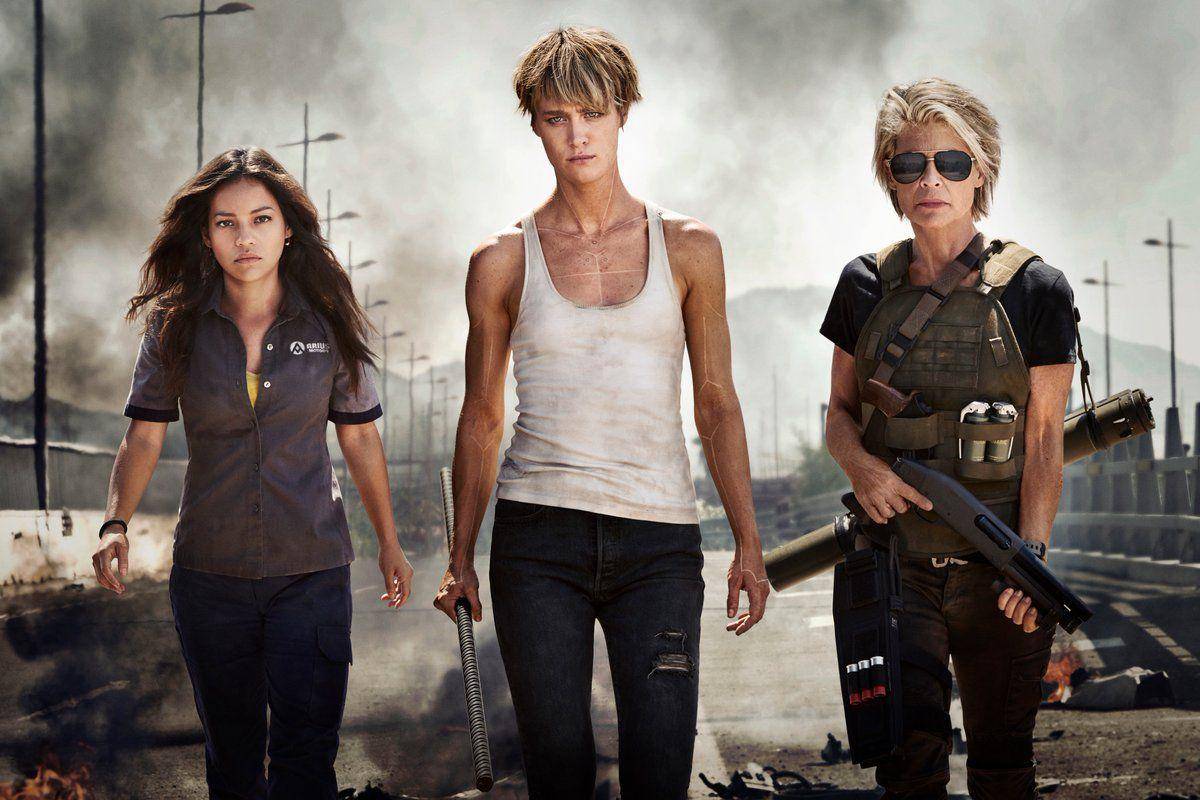 Flanking Hamilton to her left are Natalia Reyes and Mackenzie Davis. We don’t know yet what roles each of them play in the story, or who their characters are. Perhaps one of them is a Terminator, in which case Connor better watch her back. (Current running theory is that it’s Davis — due to the circuit-like marks all over her arms and chest.)