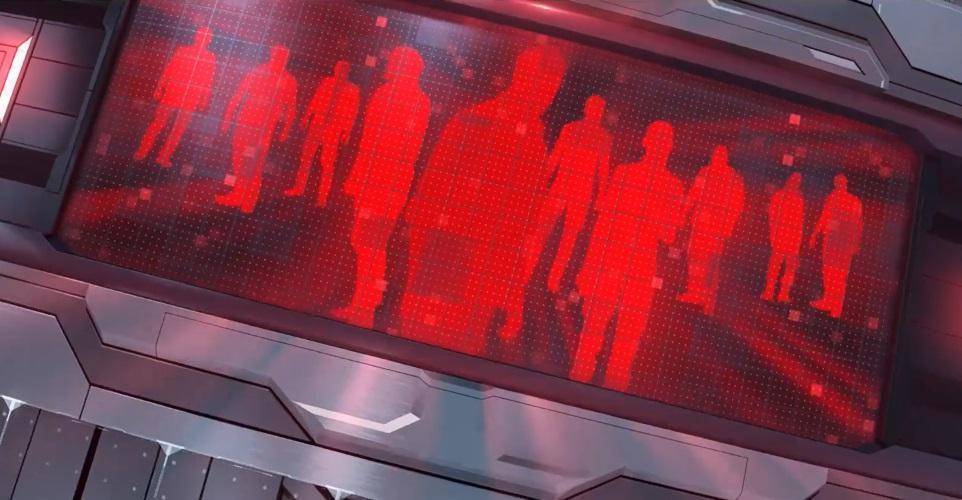 I recently reviewed Ryan Bellgardt’s film The Jurassic Games for Popgeeks and it was an absolute joy. Fun action, wild characters and did I mention velociraptor kung-fu? This surprise cinematic free for all deserves to be seen, but I wanted to better understand the creative mind that imagined this deadly game of dinosaur attacks and media satire. So please enjoy my interview with Ryan Bellgardt.

Adam Pope: Did you have and initial entry into filmmaking as a hobby before becoming a professional? What form did that take?

Ryan Bellgardt: I’d been working as a commercial director for a number of years before I ever got the nerve to direct a movie. My friends and I all worked together at Boiling Point Media and thought it would be fun to make “Army of Frankensteins” in our free time. That was about 5 years ago, and it really took off from there.

AP: How did you come to consider directing as a career? 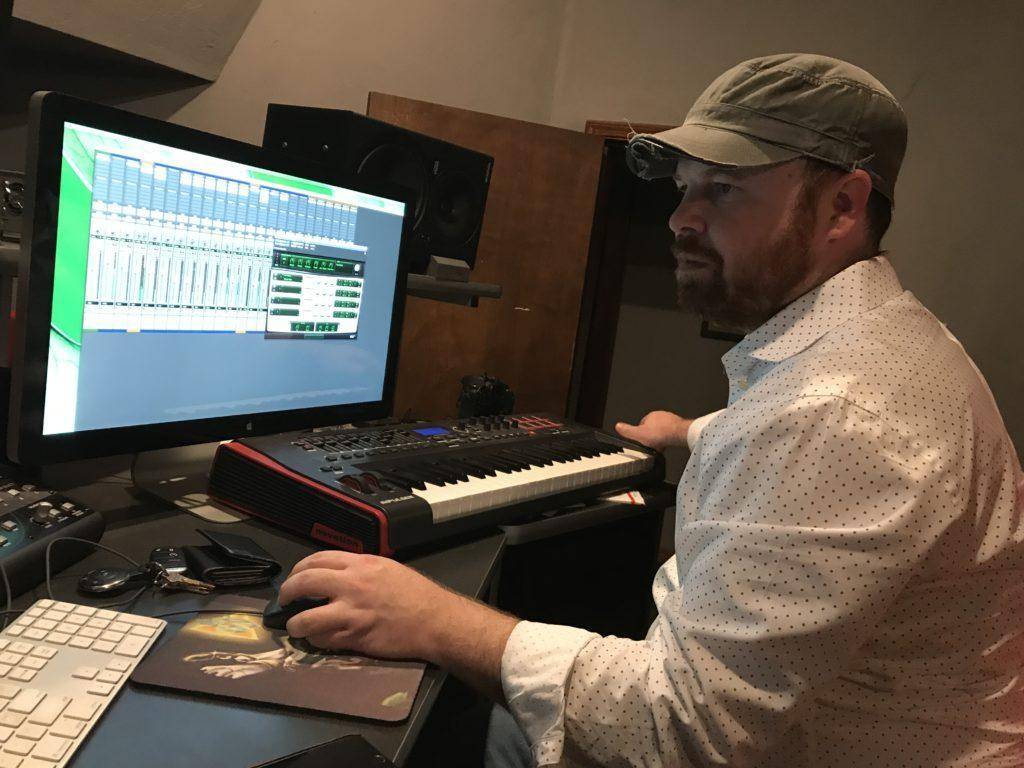 Ryan Bellgardt: I grew up wanting to be a film composer. I love writing and producing music, but eventually that gave way to creating things visually. I’ve always loved telling stories so I learned how to use a video camera and taught myself CGI. I found that doing those things exercised the same muscles in my brain, so to speak. It seemed like directing movies would be the ultimate way to combine everything I love to do into one job. I feel really grateful that I’ve been given the opportunity to make movies.

AP: At the start of your career you won an Emmy for your work on Two Movie Guys’ Intergalactic Holiday Showdown, how has that affected your ability to be the sole creative force on your film projects?

Ryan Bellgardt: For me, winning an award like that just helps me feel like I may be doing the right thing with my life. It’s nice to be recognized by your peers in the industry. But, I don’t believe that the people who let us run with these ideas care much about awards. I think they trust me because I don’t view myself as the sole creative force.  It takes a lot of very creative people to pull off a movie and I trust my team 100%. I can have the vision for the finished product, but there’s no way I’m getting there alone.

AP: How would you describe your approach to creating the imaginative concepts for your films?

Ryan Bellgardt: Mainly, we want to get people talking. I love coming up with an idea and thinking, “I don’t think that has ever been done on screen before.” We try to think that way. It can be good, bad, controversial, whatever, as long as it gets attention. Mashing things up in crazy ways has always been fun and in The Jurassic Games, we worked hard to take a crazy premise and make it seem plausible. 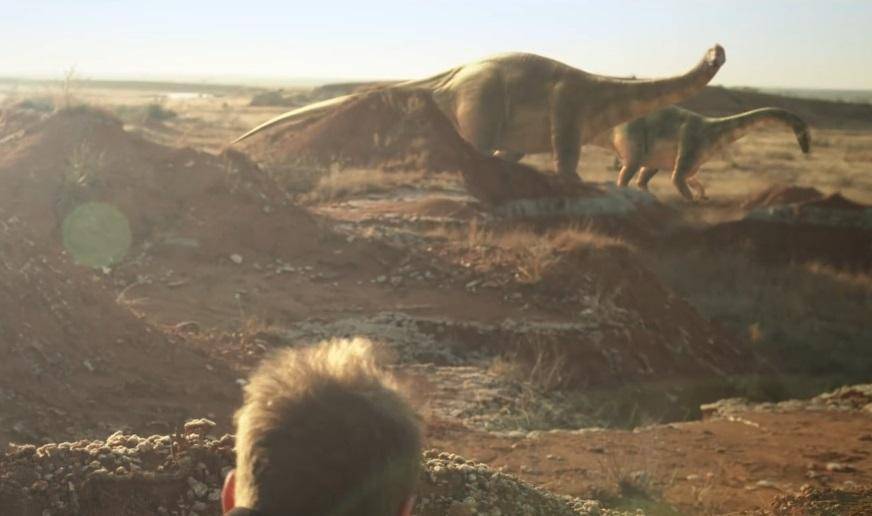 We thought a game show in a troubled future would make the most sense when it came to plotting death row inmates against dinosaurs. As virtual constructs, the dinos didn’t have to look perfectly photoreal. It’s not that we didn’t try to make them look the best we could. I’m so proud of our VFX team for working tirelessly and squeezing every dime out of our budget to deliver some killer dinos. I think knowing our limitations from the start helped us guide the story.

AP: Jurassic Games seems to follow in the footsteps of of deadly survival game show movies like The Running Man and The Condemned, were you inspired by such films when you were putting this film together? 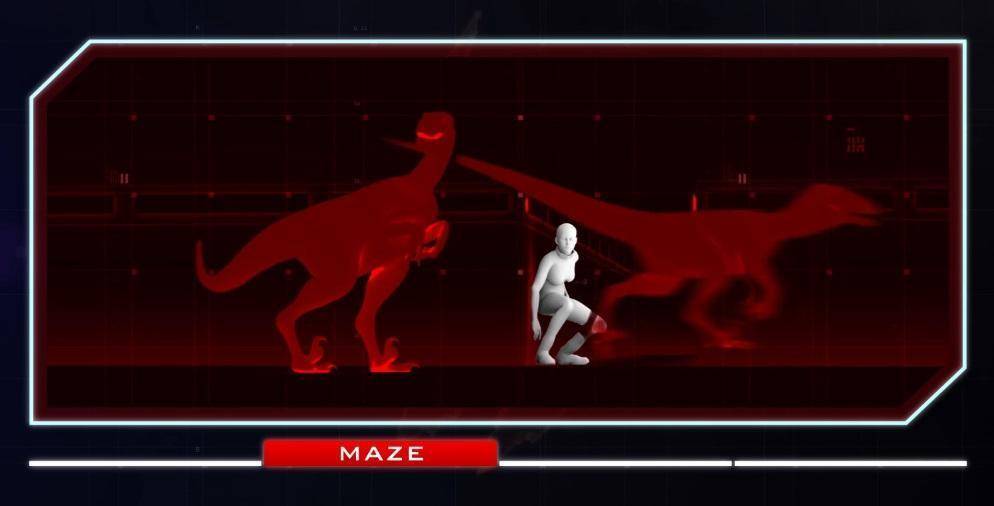 Ryan Bellgardt: I wore out my dad’s copy of The Running Man on VHS when I was a kid so no doubt there was some influence there. I haven’t seen it in more than twenty years though. I have a background in broadcasting and advertising and I think a lot of what went into the story was inspired by my experience working in TV and radio.

Also, we really wanted to make a movie that appealed to international audiences. There’s a lot of boxes a movie like this needs to check off to accomplish the best reaction for international distributors. We know that going in and in a subconscious, meta type way, some of those things found their way into the movie. 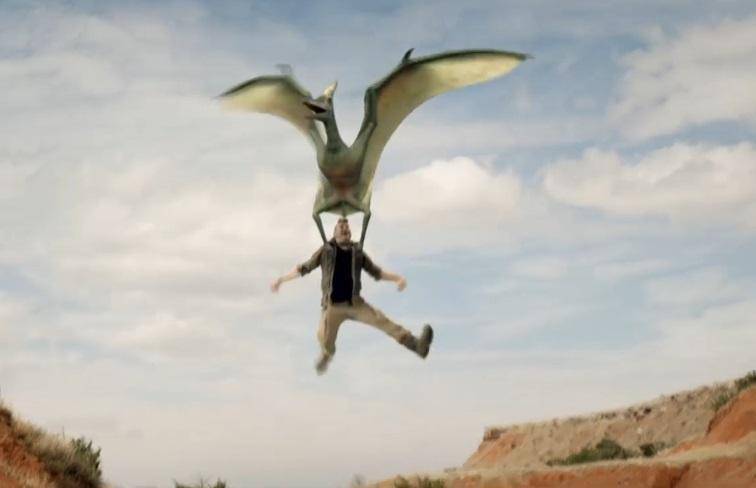 For example, there’s a line when one of the convicts asks, “Why do you think they picked dinosaurs to be the things we’re running from?” and another convict says, “Maybe they tested better than robots”. There’s a lot of truth to that.

AP: This movie features Kung Fu fights with Raptors and killer pterodactyls dropping people onto live landmines. Was there a particular moment in the script that you were most excited to bring to life on the screen? 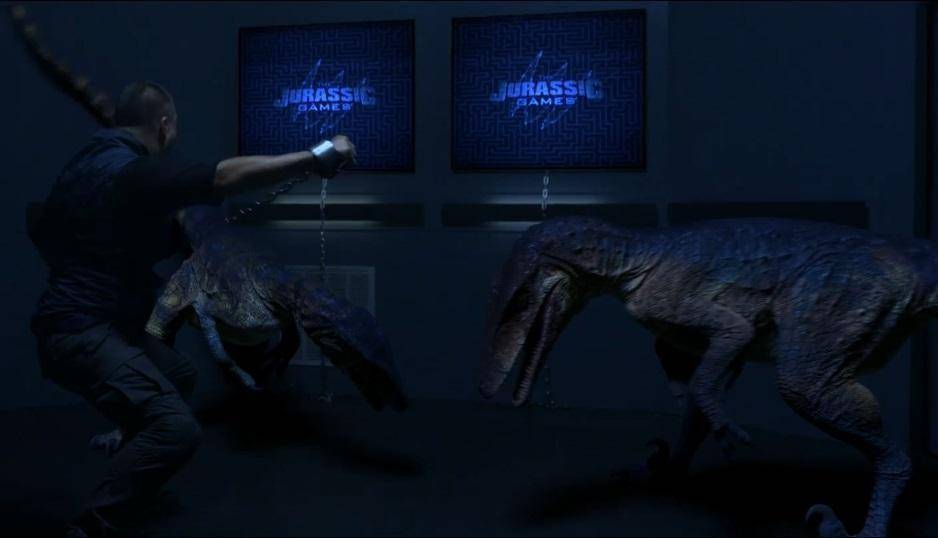 Ryan Bellgardt: The raptor maze was a really fun part of the movie to write, but initially, the Kung Fu battle was much more subdued. Tiger Shue, who plays Ren Saizo in the movie, read the script and told me he knew chain style martial arts. We choreographed that whole routine the day we shot it. It’s probably my favorite part of the movie.

AP: You’ve infused The Jurassic Games with quite a bit of humor through Ryan Merriman as The Host and other eccentric characters. What is the importance of inserting comedic beats into an action-adventure film like this? 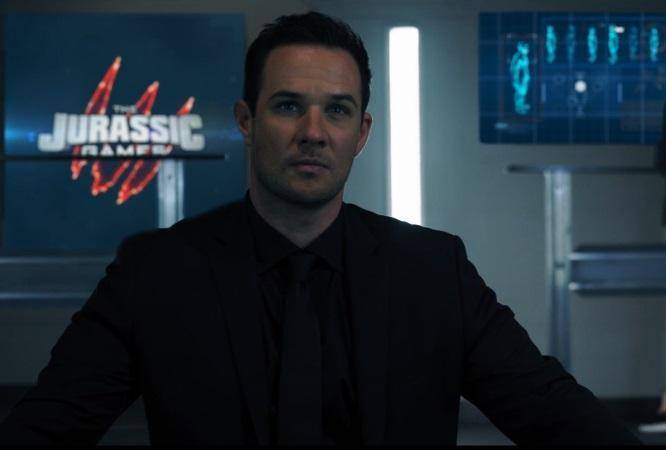 Ryan Bellgardt: Overall, we wanted a fun movie. Tonally, I’m going for a blockbuster feel. All of my favorite movies have action, drama and comedy all mixed in and in the case of this movie, we thought humor was a great way to show how calloused the world had become. Ryan Merriman was great and the first thing he said to me after he accepted the role was that he couldn’t wait to play an “evil Ryan Seacrest”. When he told me that, I knew he was perfect for part.

AP: You’ve worked with several of these actors in your previous films Gremlin and Army of Frankensteins. Do you feel as if that familiarity contributed to the great performances by the cast that really hold this wild story together? 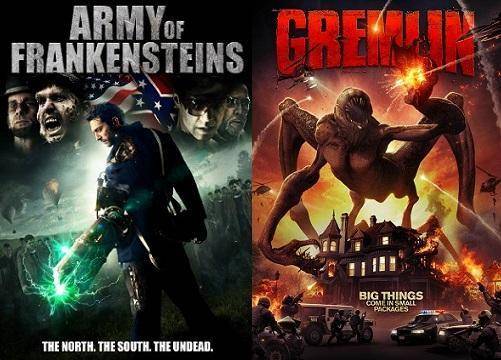 Ryan Bellgardt: Yes, I would say so. When you’ve worked with people before you get to skip the formalities and get right to it. In the case of our main death row inmates, the part of Tucker was written with actor Adam Hampton in mind. The same with the character Joy and actress Katie Burgess. 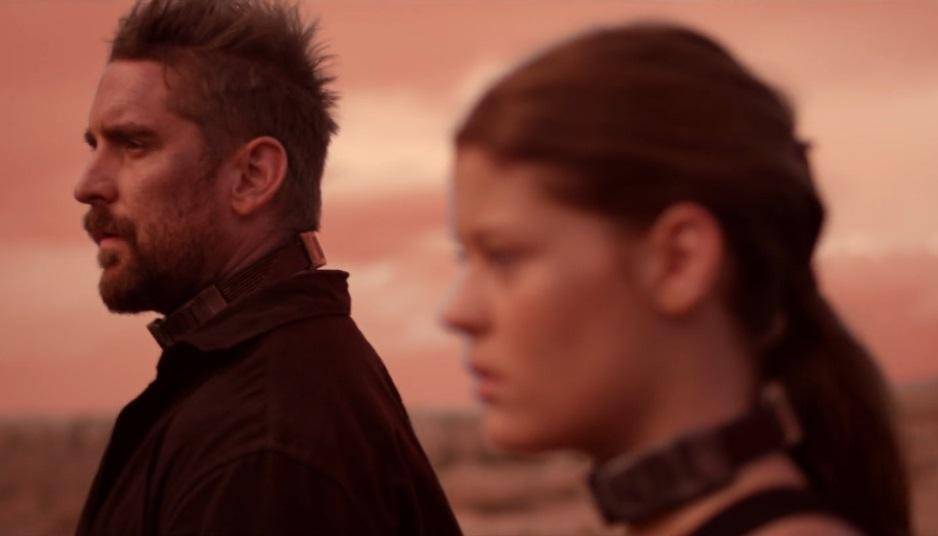 I knew they had the chops to pull those characters off and I think their chemistry was great. They worked together on Gremlin and Katie showed me that she could do anything as an actress. Adam is the ultimate team player and hardest working actor I’ve ever met. He also helped me write the story. I’d hire both of them over and over because I know what I’m getting.

AP: At the end of The Jurassic Games, you have a teaser for the show’s next season featuring Dinosaurs in what looks to be armor inspired by The Dino-Riders action figures from the 1980’s. Was that a conscious decision or coincidence? 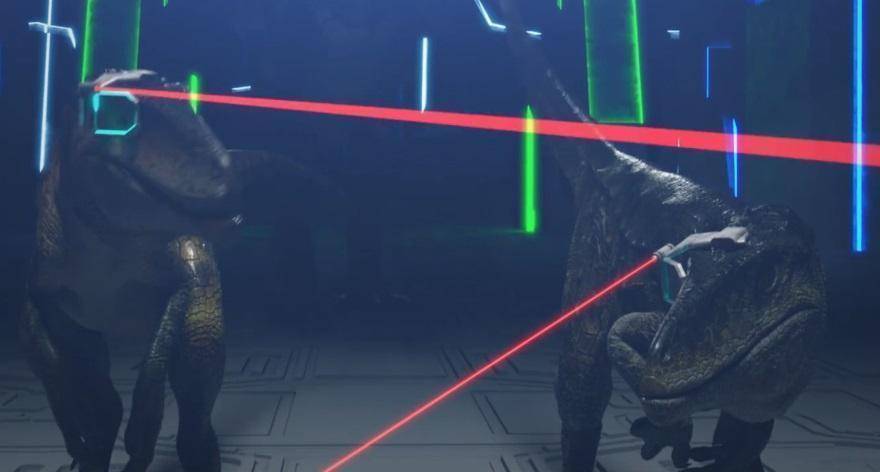 Ryan Bellgardt: We just wanted it to be crazy and leave the audience smiling. I asked Matt Gardocki, who put that shot together, to go crazy and have fun. He probably watched Dino-Riders as a kid.

AP: Any chance of a sequel to The Jurassic Games in the future?

Ryan Bellgardt: I hope so! I’ve got a lot of really fun ideas brewing for one. Thanks so much for having me and thanks for watching The Jurassic Games!