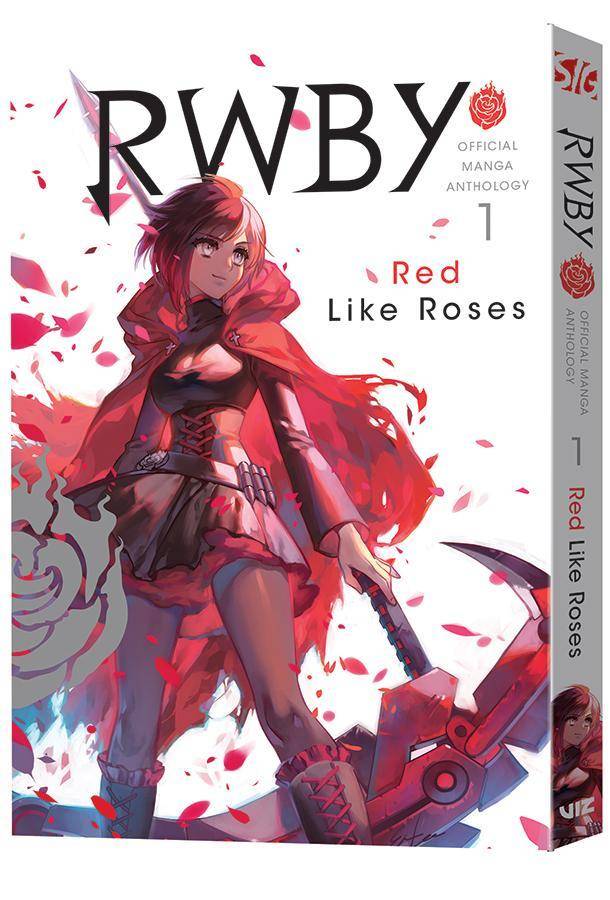 I have a very interesting history with RWBY. I only got into the show because one of the main characters, Yang, was in an internet show I love called Death Battle. She faced Tifa from Final Fantasy (and won). But as they were doing a breakdown of Yang and the world of RWBY, I became very intrigued. A Youtube binge later and I was hooked. I’ve been a faithful fan ever since, even writing my own OC fanfic in the RWBY universe called GRYD. So, when I got the chance to read an official manga of short stories called RWBY: Red Like Roses…how could I not?

If you’re a fan of RWBY, I can saw with absolute certainty that you’ll like RWBY: Red Like Roses. It’s got the heart of the series, mixed with some great art, and some very fun character moments.

As an anthology series, the stories weave in and out of the first couple seasons or so, and some of them don’t really have a “place”, yet you know where it takes place, so you can take a guess. A great example of this is that there are stories set when Ruby and Weiss meet each other in the Emerald Forest, and then we see the aftermath of one of the season finales that wasn’t really addressed due to the fact that the plot has to move along.

And then, naturally, there are stories that just make sense within the confines of four female roommates living with one another in a school. Like a story of Ruby wanting to dye her hair red, or Weiss seeing a “ghost” and everyone wanting to find out whether it was real or not. Or how about Ruby deciding she needs a boyfriend…? 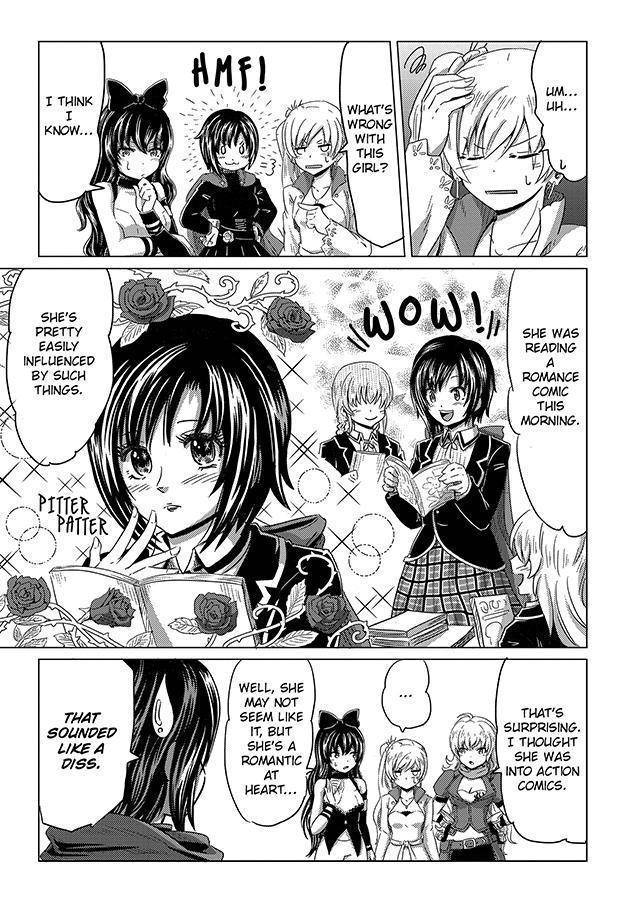 It’s very light-hearted, but there are also stories that really touch the heart of these characters, especially Ruby, which makes sense given she’s the focus of this anthology. We get to see some of the insecurities and flaws that Ruby has outside of being energetic and eager to be a hero. We see that she had a deep understanding of how things work, and the lengths she’s willing to go to in order to make sure she’s a good leader, a friend, a good sister, and a hero.

Being a manga, you read it right to left, and so if you’re a comic reader, it’ll take a bit to get used to that shift. As for the art, it does vary from story to story, but that’s fine. It’s their stories and they can draw it how they want. And given that the show sometimes goes full cartoon instead of anime, it still fits. At times, the art is stunning, and you can admire all the little details that went into drawing them in the 2D style.

If I had a complaint, it’s that some stories don’t have a proper ending. One has a cliffhanger that didn’t make sense. Also, and this is just my interpretation, I think some of the writers went a little too hard into “shipping” territory, which is odd for an official manga. I won’t spoil how, but if you think that Ruby and Weiss should be a couple, there are some not so subtle nods to that here. While I don’t mind the idea of the “ship”, it doesn’t feel right with how the characters are portrayed in the show itself. Again, just my interpretation.

All in all though, RWBY: Red Like Roses is a very good manga, and if you want to read some new RWBY stories while we wait for Season 06 to arrive this fall, this is a good start.

Join The Battery Jam Today In Death Coming, Death Happens To Be Coming