Rick and Morty vs. Cthulhu seems like an idea whose time has come. Or rather, an idea that’s been teased as long as the show has existed. The final shot of the opening sequence in EVERY episode is Rick, Morty and Summer speeding away in a spaceship, being chased by Lovecraft’s most famous monster, who then swallows the screen. Like that box of “Time Travel Stuff,” it seems Cthulhu is a thing the show will forever tease but never actually do…which means it’s up to the comics.

Oni Press, which has printed Rick and Morty comics practically since the series was an infant, has announced their latest will take the evil genius and his reluctant grandson in direct confrontation with the famed squidlike monster. Rick And Morty Vs. Cthulhu will launch the first of four issues this holiday season, written by Jim Zub and drawn by Troy Little (who previously collaborated on Rick and Morty’s crossover with Dungeons & Dragons).

“… If you are reading this, I’ve already succumbed to the madness,” says Little. “As a comic artist, I believed I had some innate ability to cope with insanity, but the depths of the horror I have been forced to illustrate have tested my very limits. I only hope that this warning reaches you in time. If you have access to a portal gun, do not hesitate to flee into any other dimension.” “Troy is one of the absolute best cartoonists in comics,” commants Zub. “His ability to take every over-the-top moment I write and translate them into jaw-dropping pages full of humor and emotion made Rick and Morty vs. Dungeons & Dragons and its sequel a huge hit. Now we’re back for a third interdimensional outing, but this one is even more messed up than before. Troy’s spin on Lovecraft’s tales of cosmic horror will bust guts and break minds. You are not prepared.”

The first issue of Rick And Morty Vs. Cthulhu will arrive in comics shops this December. Aw geez!

One more thing: if you plan on becoming a journalist in the future, “Cthulhu” is one of those difficult words you’re going to have to learn to spell on command, because it comes up more often than you think. Same with “post-apocalyptic.” 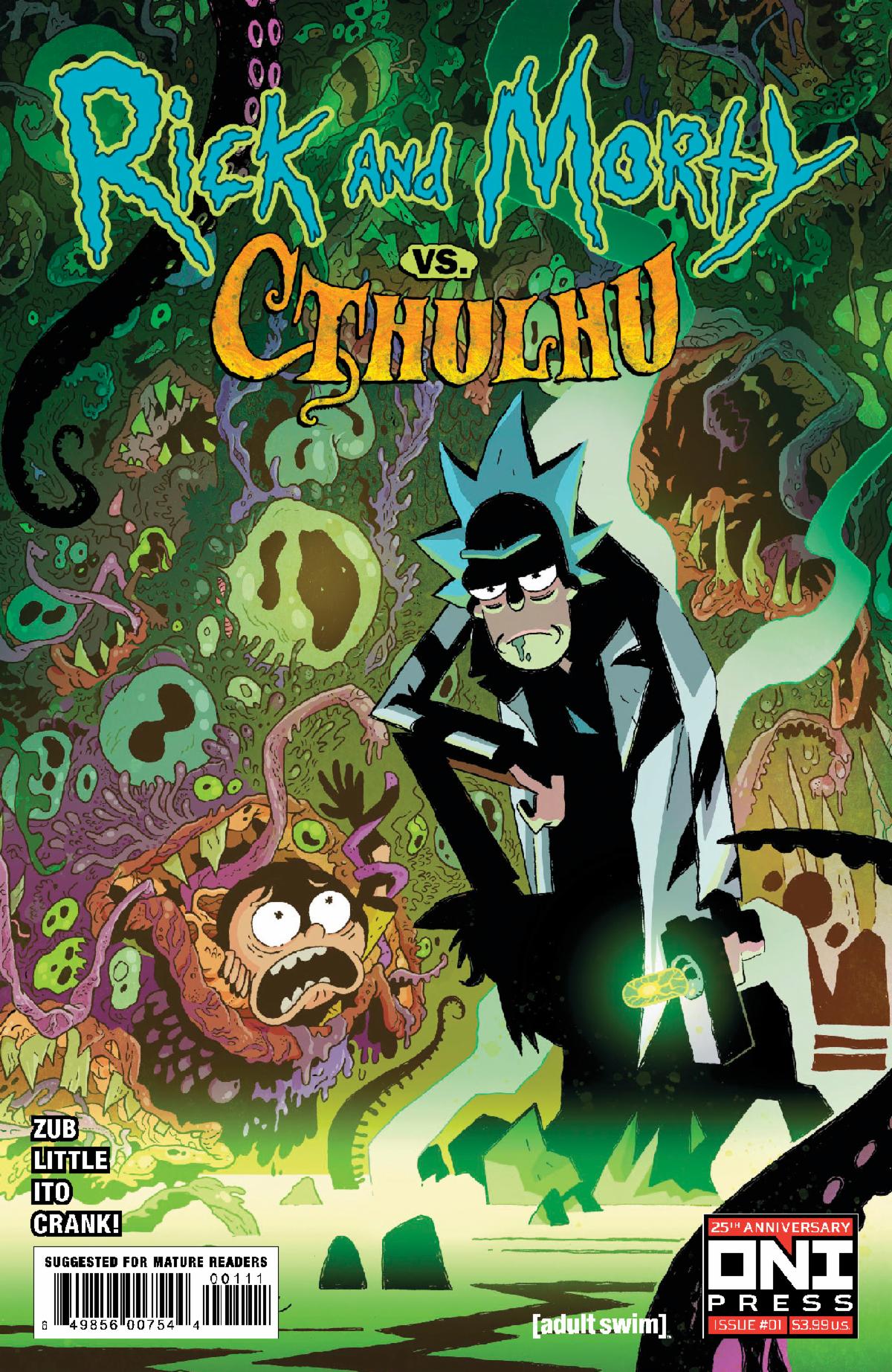