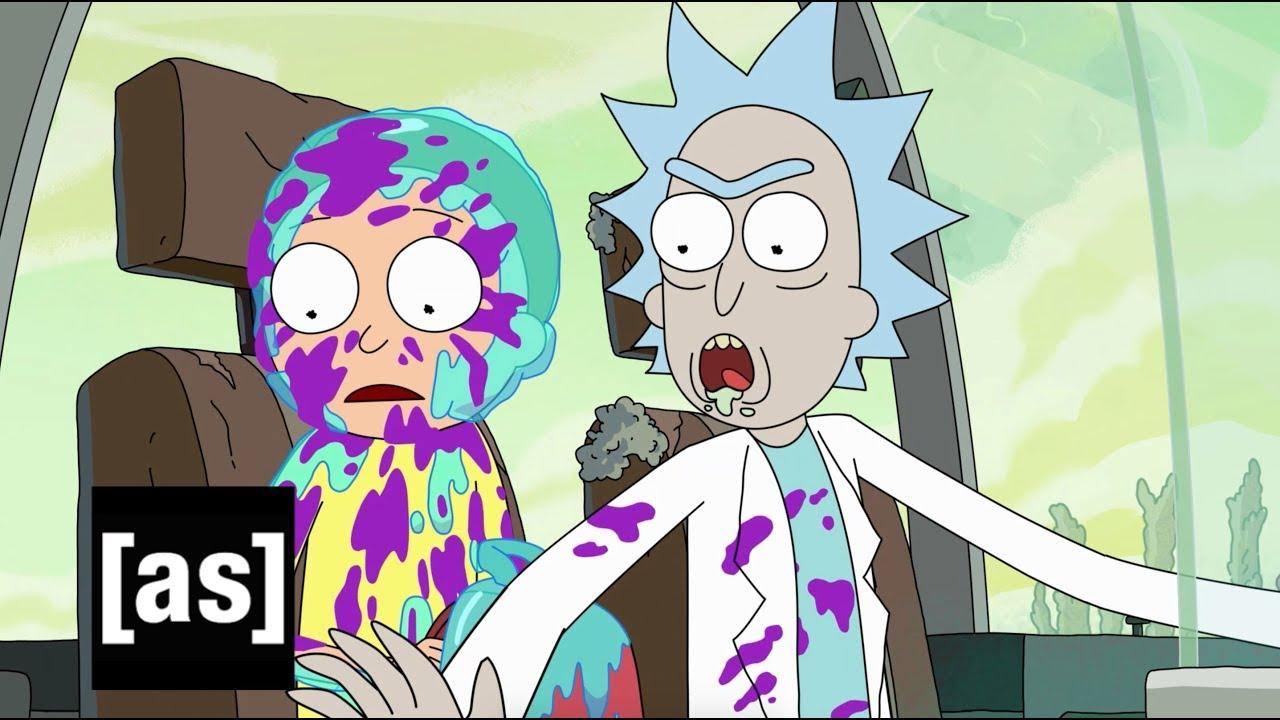 After Season Three of Rick And Morty faded to black, everyone was left wondering how long it’d take THIS time before Season Four. “A year and a half, or longer’? Or perhaps “a really really long time”? It seemed closer to the latter when twelve months went by without any word from Harmon or Roiland. Even for Rick and Morty this was taking a while.

It turned out what was going on were contract renegotiations. The creators of Adult Swim’s biggest modern hit wanted assurance that they’d get to keep creating for years, so they were demanding a looooooong contract. And in the end, that’s what they got…a guarantee of a whopping 70 episodes.

So of those episodes, how many do you think we’ll get for Season Four? That was the question. Twenty? Fifteen? …..How about five? The big trailer for the fourth season dropped last night and let that bitter truth loose.

There is no current explanation from AS or the producers as to why we’re only getting five episodes. Nor is there an answer to the question if this is actually a half-season and the back half is coming early next year. What we can only guarantee you is five.

Plus sixty-five more on top of that. Eventually.

But chin up — the new season looks great. Have a look for yourself. Rick and Morty return November 5 for a month’s worth of new adventures.

Production Of One Piece Anime Put On Hiatus