Jill Valentine is the central “S.T.A.R.” of Resident Evil 3, but she’s not alone as Raccoon City’s final chapter unfolds. The survival horror game also features a colorful cast of friends, foes and bloodthirsty adversaries amidst a city ravaged by the devastating effects of the T-virus. Today, Capcom released a new cinematic trailer, screenshots and artwork that reveal more of the action-packed drama in the game, featuring closer looks at additional key characters. Jill’s unofficial partner Carlos Oliveira (depending on who you ask), the rest of the Umbrella Biohazard Countermeasure Service (U.B.C.S.) platoon, the Hunter enemy, and the game’s unstoppable Nemesis, all have major parts to play when Resident Evil 3 releases on April 3.

Fans got just a quick glimpse of Nemesis swathed in a wall of fire when Resident Evil 3 was announced in December – new art assets today show how truly devastating he can be. Umbrella Corp.’s unrelenting bioweapon hunts Jill with an arsenal of heavy duty weapons, including an enormous flame thrower and a laser-guided rocket launcher that leave little hope for escape. In addition to its hardware, a new screenshot depicts Nemesis’ elongated tentacle mutation that strikes with lethal accuracy. These grotesque protrusions only emerge as the black bandages obscuring Nemesis’ mutilated form fall apart to reveal the results of Umbrella’s cruel experimentation. Jill tries multiple times to destroy Nemesis, but thanks to its highly regenerative capabilities, it keeps coming back stronger than before.

While Jill is perfectly capable of taking care of herself, looking out for her six is Carlos Oliveira, a U.B.C.S. member experienced with guerilla warfare, proficient with various weapons, and trained to fly small aircraft. His team arrived in Raccoon City expecting an easy evacuation mission, but were quickly overwhelmed. As Carlos organizes their extraction, his courage and sense of justice compel him to go beyond his orders to uncover the truth about Umbrella Corp.’s devious actions. The latest assets depict Carlos’ harrowing ordeal in Raccoon City, including moments where players take control of the character throughout Resident Evil 3.

The new trailer and screenshots also provide a closer look at more of the characters in Resident Evil 3:

* Brad Vickers – He is one of the sole survivors of the Mansion Incident (depicted in the original Resident Evil) and helped with investigations into Umbrella Corp. As one of the last surviving members of S.T.A.R.S. in Raccoon City, he’s also in Nemesis’ sights.
* Mikhail Victor – The U.B.C.S. commanding officer is a leader with years of military and commanding experience. Mikhail was seriously injured in his team’s mission to evacuate survivors from Raccoon City. Despite his dire circumstance, he still does as much as he can to help civilians and his platoon. It is his compassion to save Raccoon City’s citizens that convince Jill to help their cause.
* Nicholai Ginovaef – This U.B.C.S. team leader is incredibly resilient, cold and calculating, willing to make the necessary sacrifices for the mission and his own benefit. Nicholai dismisses Jill as a “bleeding heart” who will get herself killed.
* Tyrell Patrick – This U.B.C.S. member is a seasoned veteran specializing in hacking and disabling security devices. Tyrell provides invaluable support from behind the lines.
* Murphy Seeker – This U.B.C.S. member and former U.S. Marine is an exceptional sniper. Like Mikhail, he also gets seriously injured during the Raccoon City mission.
* Dario Rosso – A civilian Jill encounters in a warehouse in uptown Raccoon City who is reeling from the shock of losing his family. Dario rejects Jill’s pleas to escape the crumbling city.
* Hunter enemy – Both Jill and Carlos will encounter this terrifying new monster in Resident Evil 3. These bioweapons were created by combining the genetic material of humans and reptiles, creating an incredibly fast and powerful adversary.

See some of the screenshots below: 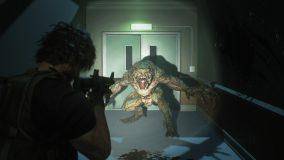 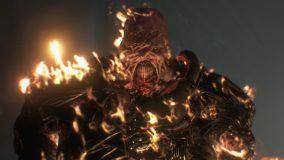 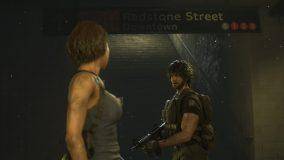 There’s a new Mega Man X game out? Well, kinda. It depends on your definition of new. Mega Man X Dive originally appeared as a mobile game in 2020, and is only just now being ported to the PC. Like the mobile version, it costs nothing. In the futuristic world

Zenescope Announces All Guts, No Glory

Given that the bread and butter for comic book publisher Zenescope — since its inception — has been taking public domain concepts and turning them into shameless, embarrassing T&A shows, we were expecting their first announcement for 2022 to be a book about a barely dressed female Winnie The Pooh

2022 is still a young year but the first month is about to end. When I was a little kid I had seen old science fiction movies have hype for the year 2000. It is either a futuristic Utopia or a nightmarish Dystopia. 10 years ago people thought the world