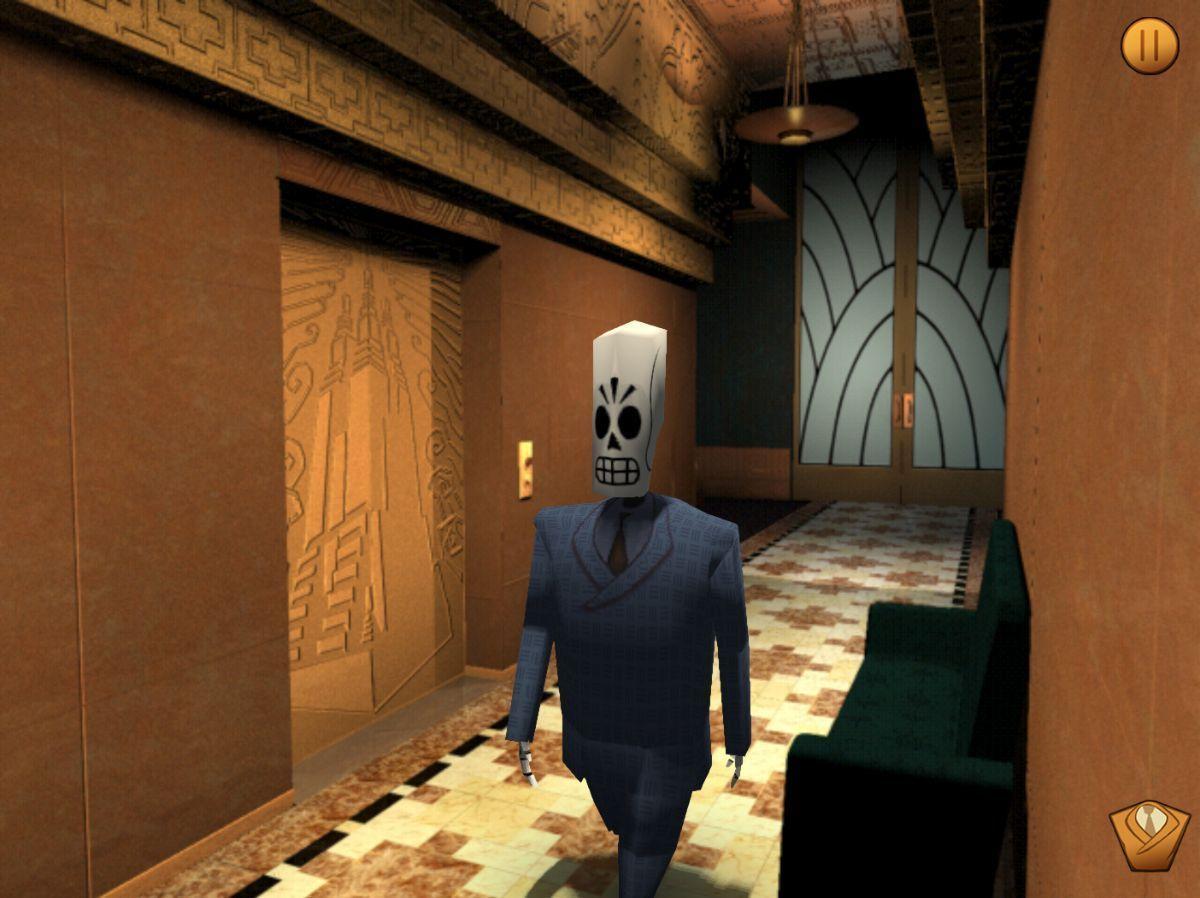 Do you find it bold to declare Grim Fandango the best adventure game ever, when there are so many other high quality candidates in the genre like The Longest Journey, Broken Sword: Shadow of the Templars and The Day of the Tentacle? You’ll have to take it up with my past self, who so confidently made that declaration while sitting glued to his computer, ignoring the outside world a few years after the game originally came out in 1998. I don’t think you’ll change his mind, he’s busy.

Besides, I’m not alone. Many sites focused on adventure games such as Adventuregamers.com have also put Grim Fandango at the top of their list.

If you have played it, you’re probably nodding your head anyway. But if you haven’t, you have a chance to judge for yourself soon, when the remastered version of Tim Schafer’s dark comic masterpiece hits digital distribution outlets. Online store GOG.com just opened pre-orders for the game, which has a Jan. 27 release.

The game features new graphics, music, controls and developer commentary. It will be out on PlayStation 4, PlayStation Vita, Windows, Mac and Linux for $14.99. If the remastered graphics turn out to be a travesty you can switch back to the old ones.

It’s hard to describe why Grim Fandango is the best adventure game ever, because it’s not like any other game you’ve ever played so there are no easy comparisons.

Since the game is set in the afterlife it has a graphical style inspired by Mexican Dia de Muertos (Day of The Dead) celebrations, everyone is skeletal and strange like the whimsical and spooky decorations used in these celebrations. But it’s also heavily inspired by Hollywood film noir like The Maltese Falcon.

The game follows a Department of Death travel agent Manuel “Manny” Calavera. His job is to sell souls luxury travel packages as they make the journey to eternal rest, but he gets quickly caught up in a mystery and conspiracy that would task Phillip Marlowe.

The game isn’t perfect. It departs from the standard point-and-click style of old adventure games in an unwise way and features some crappy “tank” controls to move Manny around. And there are some obscure and unfair puzzles, it seems a rule that every old adventure game has to have those. But the storytelling and creativity overcome all of that.

So if you’ve loved it before or if you want to experience it for the first time, you can pre-order it here or wait for it come to your console.