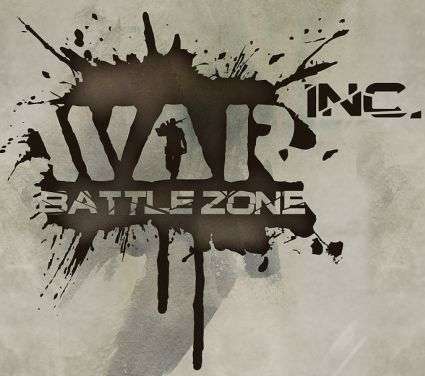 Independent game developer Online Warmongers Group Inc. today announced that its free-to-play online game “War Inc. Battlezone” has entered open beta testing. Additionally, the company revealed that the game is now available via leading digital distribution platforms Steam and Xfire. The moves give PC gamers worldwide the chance to play one of the most realistic, visually stunning free shooting games on the market. “War Inc. Battlezone” is notably among the first free-to-play (F2P) games available through Steam, the world’s largest online game platform with an active user base of over 30 million. Steam added the F2P category to its service last month with a select list of titles.

“We have spent three months in closed beta polishing what we took years to painstakingly develop, a tactical clan-based shooter visually rooted in realism and focused on competition and community driven game play,” said Sergey Titov, CEO of Online Warmongers. “As we move into open beta, we want to get the word out to multiplayer shooter fans everywhere that the time has come to change their game.”

During the course of pre-beta and closed beta testing, Online Warmongers saw more than 100,000 players from 23 countries join the “War Inc. Battlezone” community. The participation of core and casual shooter fans alongside competitive players helped developers iterate on countless improvements to features, mechanics and balancing. It also helped them establish a skill-based game play environment that isn’t prone to cheating or falling prey to the pay-to-win mentality that weighs down other F2P games. Online Warmongers will continue the effort through even more community empowerment during open beta, addressing issues raised by players and actively engaging them in driving content updates and policing the game for fair play.

Online Warmongers is partnered with US-based [a]list games in launching a major marketing campaign for “War Inc. Battlezone” in North America, Europe and Australia. The transition to open beta is being supported by the rollout of limited edition starter packages full of heavily discounted in-game items along with the first of many exciting content updates, the addition of unmanned aerial vehicles (UAV) to players’ arsenals. The UAV update comes on the heels of other major additions to the game’s feature set in the final stages of closed beta. These include night missions with destructible light sources and night vision gear, the addition of a ‘bomb run’ game mode called Sabotage, and abilities such as command user interface and spawn point control aimed at the competitive gaming community. Players can expect more major updates in the coming weeks designed to turn “War Inc. Battlezone” into an ultra-realistic recreation of armed-to-the-teeth modern warfare.

“The experience Online Warmongers is offering can raise expectations and broaden interest in free-to-play games,” said Steve Fowler, GM of [a]list games. “They exemplify what’s going on in digital games, where the market is now seeing exceptional products that deserve ever bigger audiences, and upstart indie developers who need to have their voices heard in the gaming community.”

“War Inc. Battlezone” delivers a premium online game experience in a F2P package, as an addictive 3rd-person shooter punctuated by high production value and a rich, frequently updated set of game features. In the game, players join the ranks of battle-hardened mercenaries, entering a war theatre where up to 64 players can engage in relentless action and intense competition in diverse maps and multiplayer game modes. “War Inc. Battlezone” also features one of the deepest customization systems ever designed for an online shooter, where players get free and immediate access to create persistent characters with a variety of traits then load them out with a wide arsenal of gear and weaponry. Online Warmongers developed the game using the Eclipse Game Engine, a proprietary engine created by its affiliate Arktos Entertainment Group to deliver F2P games that rival the experience players get on HD consoles.

In addition to Steam and Xfire, players can join “War Inc. Battlezone” through IGN’s FilePlanet download service or directly through the game’s web site at www.thewarinc.com.