Street Fighter : Real People that Inspired the creation of the characters

The very first fighting game is a 1976 arcade game titled Heavyweight champion. It started it all, but it is Street Fighter that defined the genre. Without Street Fighter, there will be no Mortal Kombat, King of Fighters, nor Tekken. Many Street Fighter characters are so Iconic that even people who don’t play the game knows their name. There is no way in H.e double hockey sticks Nicki Minaj plays this game, but she knows who Chun-li is. I want to include the first lady of fighting games, but sadly she won’t fit this article. There are Street Fighter characters based on Anime and Manga characters. Meanwhile, there are original characters based on the Japanese understanding of a stereotype of a national from a country they represent. There are characters though who are based from real existing people and yes there is no permission for their likeness. 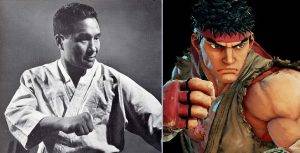 Ryu, the wandering martial artist hobo who travels the world barefoot. He is the face of the game. We can see he has been through battles with his tattered gi. Mas Oyama is the founder of Kyokushin Karate and he was the inspiration for creating Ryu, he trained some of Japan’s biggest action stars. Despite being the inspiration for a Japanese character. He is Korean. 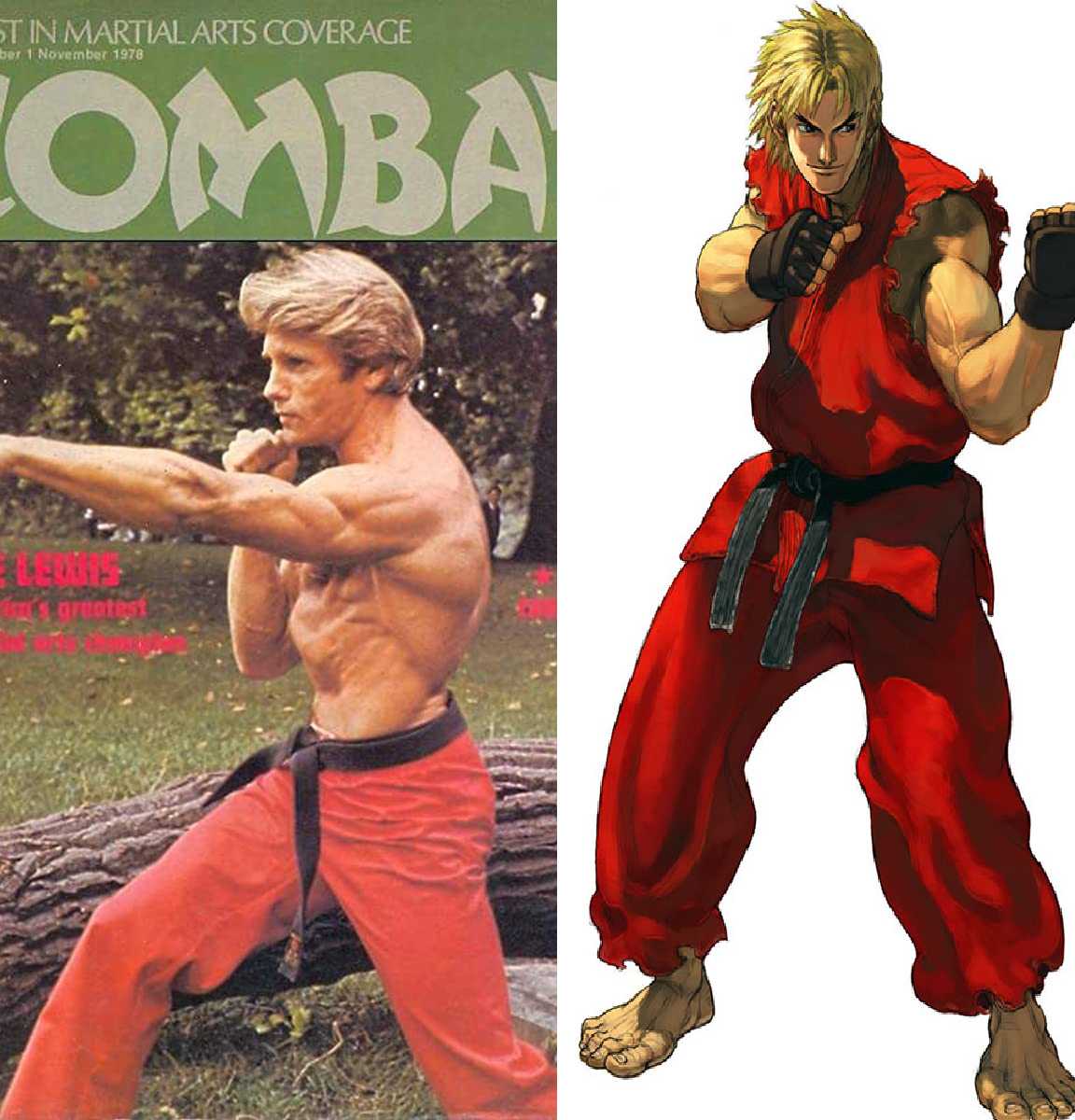 Ken Masters being Ryu’s best friend is a mystery because he is Ryu’s polar opposite. He is an extrovert and arrogant rich kid who became America’s number one Martial artist. US Marine turned Kickboxer was the real-life man who inspired Ken’s likeness.

Capcom used Joe’s appearance in Combat magazine as a template. Joe was shirtless, and he wears a pair of red pants on that cover. They love his appearance so much that he is also the inspiration of the forgotten Streetfighter character Joe.

Sagat was the first boss of the first Street Fighter game. He was also a playable character from Street Fighter II. He started as an antagonist, but he eventually becomes one of the good guys. Sagat Petchyindee is the inspiration of the character of the same name. He is a Thai boxer, Kickboxing and Muay Thai champion. He is so proud of this character that he cosplays him a lot.

Fei long is a Hong Kong action star who joined the Street Fighter tournament to prove he is for real. His description is so close to Bruce Lee because he is designed after Bruce Lee.

Victor Zangiev is one of the most popular Russians in Japan during the 1980s. His popularity leads to the existence of the Street Fighter Zangief. Capcom made alterations for sure but the name, the beard and the hairy muscular body is enough clue. On Zangief’s original ending, He danced with Boris Yeltsin who was the President of the Soviet Union during the early 90s. 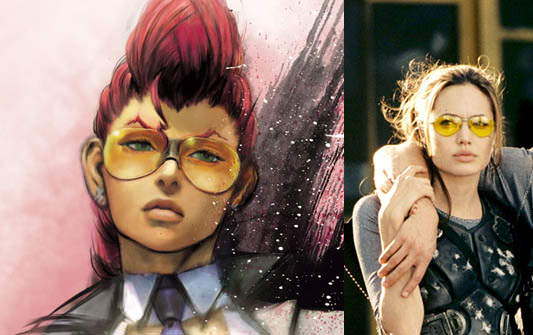 I realized this article is becoming a sausage fest so lets include some ladies. When Crimson Viper was created for Street Fighter IV, Capcom have one thing in mind. A character that will appeal to Americans. Angelina Jolie is one of the biggest star of the mid 2010s. Crimson Viper is the first mother Street Fighter and we know Angelina Jolie is a mother.The resemblance is too uncanny to deny. Her braid is a tribute to her portrayal of Lara Croft. The suit is a reference to her spy role in Salt. The eyewear is from her role in Wanted.

Take It To The MAD STREETS On XBox

A relative newcomer to the video game market, Craftshop Arts Inc, has launched their first console title, Mad Streets, on XBox consoles. The game takes place on the campus of Gutsford University, where everyone’s studying for their degree in brutality. Enemies to watch out for belong to various cliques like