Rachel Zegler is going to have the best year because of all the opportunities coming her way. The West Side Story is her launching film. It’s not yet out but she now gets another dream role. The Princess that made the Disney Brand. She is taped to play Snow White in a live-action adaptation. Many actresses played the princess with skin as white as snow but she will be the first Hispanic actress to do so. Deadline Hollywood made a report that she got cast to play the original Disney Princess.  Snow White and Seven Dwarves is the first  hit movie of Walt Disney.  People usually see Snow White as a damsel in distress but  her without paving ways.  We won’t have the strong Princesses like Moana, Elsa,Mulan and Rapunzel.

It is impressive that a new starlet getting a second big opportunity before her first movie is out.   Snow White had been adapted into film and other forms of media multiple times but this is the first time that her Disney incarnation will be in live action. She is a very talented singer and her acting seemed impressive from what I had seen of her.

Some women of color had played this classic princess before. Kristin Kreuk who is of Chinese descent played Snow White on a tv movie before. This was her first acting break before she became Lana Lang in Smallville.

In the 6th season of America’s Next Top Model, Dani Evans  became the first Black Snow White in a fairy tale themed photoshoot.  Dani ends up winning that season. 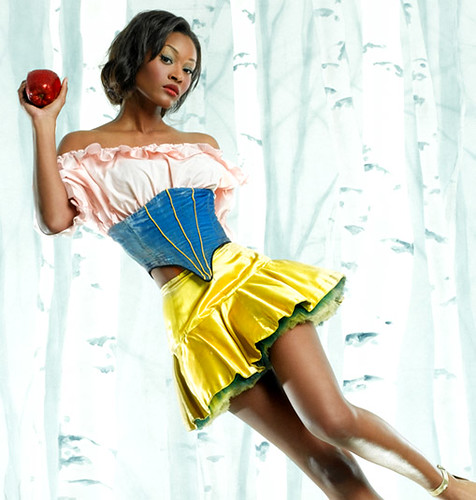 There is chance that Disney will try to modernize the story of this Princess.  She got poisoned three times and  she married a Prince she just met while being underage.  That doesn’t fit with the current political climate.

EXCALIBUR… Because It Influenced a Lot of Zack Snyder’s Style. :) Power Rangers: Heroes of the Grid Rangers United Leaps Onto Kickstarter