When you hear the word “Portal,” all by itself, a certain video game immediately springs to mind. That game is so classic and iconic at this point that you wonder how its title could be used any other way. “Portal” being such a generic word, it’s fair use for other projects, but it still looks jarring: 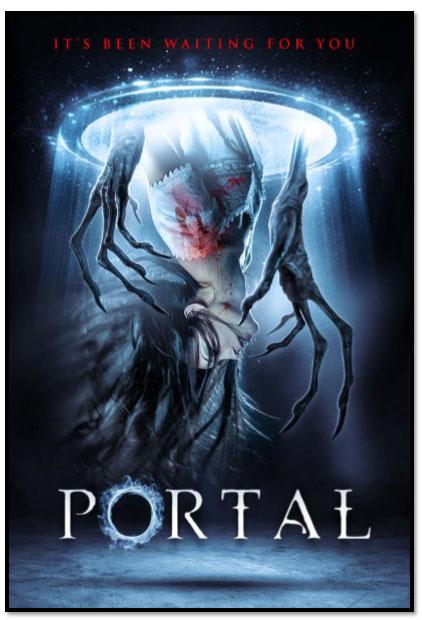 They’re even doing the “O in the title looks like one of the portals” thing. They’re risking GLaDOS’s wrath here.

Portal, the 2019 horror movie, is not about an evil robot putting human prisoners through endless tests. It’s about an amateur ghost-hunting team who wishes they could get their own TV deal. If they could just learn to create some convincing fake ghost phenomena, they would have a good enough reel to convince the networks. Unfortunately, the location they pick to shoot their latest pilot is one where ghosts actually reside. But on the plus side, they’ll save a LOT in special effects!

Portal stars Ryan Merriman (The Jurassic Games), Jamie Tisdale (“From Dusk Till Dawn : The Series”) and the one, the only, the legend herself, Heather Langenkamp (A Nightmare on Elm Street). How’d this little film manage that? Who knows. High Octane is publishing this one and bringing it to DVD and VOD October 15.

The ambitious founder of an amateur ghost hunting team, is tired of chasing down the same old “haunts” as every other wanna-be team out there, coming up empty handed each and every time. He dreams of being like the famous teams on TV.