PM Studios and acttil announced today their strategy RPG Mercenaries Wings: The False Phoenix, now on the way for Playstation 4 and Nintendo Switch, will be getting a physical release via Limited Run Games later this month.

Mercenaries Wings: The False Phoenix is the latest entry in a classic strategy RPG series which lets you unleash your tactical prowess across an epic, challenging campaign. Take part in this story of war, betrayal, magic, and even the redemption of a nation! Throughout the game you must carefully utilize characters and abilities: Set leaders to direct the flow of battle, level up units, change classes, manage equipment, and make key choices to earn glorious victory! 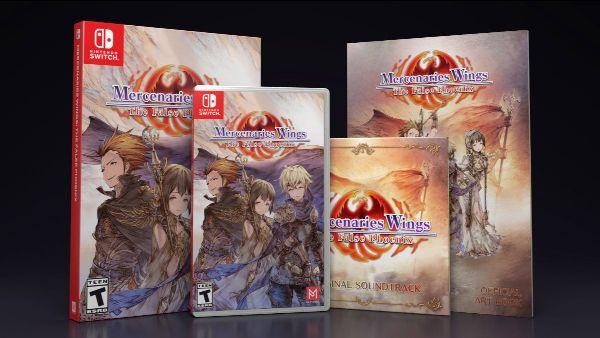 Limited Run puts together a lot of classy Collector’s Editions for whoever wants them, and Mercenaries Wings: The False Phoenix is no exception. The deluxe edition of the game will include an artbook, the original soundtrack, alternate cover art and a large collector’s box. Pricing hasn’t been revealed for either version, but standard editions of Limited Run titles tend to go for $30 to $40 while Collector’s Editions are typically priced at $60 to $80.

Look for Mercenaries Wings: The False Phoenix October 29, both digitally and physically, on Playstation 4 and Nintendo Switch.