Pedro Pascal is in a row. He thrives on every role he has been getting. Narcos puts him in the Hollywood Map and he didn’t even speak English in that series. The Mandalorian made a star out of him and he has never shown his face on that Disney Plus original. His performance at Wonder Woman 1984 is highly praised by critics and fans alike. Pascal’s impressive performance as Maxwell Lord could have to be the reason that lead him for the role of Joel. He is becoming a big star for both television and movies.

Pedro Pascal just gave fans a sneak peek of the upcoming HBO adaptation of the Last of Us.

“I got you, baby girl.” The @HBO adaptation of #TheLastofUs is in production @PlayStation@Naughty_Dog#TLOUDay#HappyBirthdayJoelpic.twitter.com/hhRz8Yq345

The Last of US is about a friendship formed between two different people in the middle of a zombie apocalypse. An evolved species of Cordyceps  Mushrooms turn humans into violent zombie-like creatures called clickers. This fungi pandemic has destroyed civilization as we know it. Joel, a father who lost his only daughter will find a reason to live when he Met Ellie.  Ellie is a teenage girl who is immune to fatal fungi. The two will develop a father and daughter-like relationship despite clashing personalities. 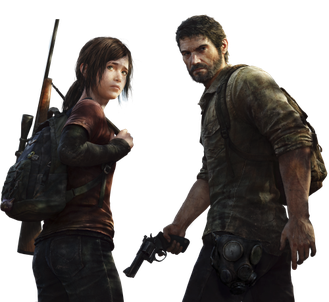 Most fans wanted Gerard Butler and Elliot Page to play Joel and Ellie back then because of their similarities to the characters. Some fans wanted Hugh Jackman and Dafne Keen because of their performance and chemistry in Logan. In the end, Pedro Pascal and Bella Ramsey from Game of Thrones got the roles. They are not what fans visualize as Ellie and Joel but their acting can compensate. Merle Dandridge who played Marlene from the games will reprise her role for the live-action.  Gabriel Luna will be playing Joel’s brother Tommy. The last of US will be coming to HBO next year.

Is the Chris Pratt Mario movie going to be terrible? Demon Slayer Mugen Train To Be Recut For Season 2

Carole Baskin’s Cage Fight Carole Baskins is one of the most notable characters in the Netflix documentary Tiger King. The infamy she received from this docu-series leads to her appearance in Dancing with the Stars . Kate Mckinnon from SNL will be playing her in a biopic that doesn’t have her

Deepnight Games has launched the fire fighting action-adventure game Nuclear Blaze on Steam. You’re a trained firefighter dropped by air into the middle of a national emergency. A military facility is on fire and the survivors need to be rescued! It won’t be easy as each room is fully ablaze

The Cowboy Bebop Trailer Must Be Seen To Be Believed

I’ve seen a lot of Netflix trailers. Most of them simply show clips from the upcoming season or series debut. A few of them get clever and do something original, but it’s rarely memorable. I don’t think I’ve ever seen a Netflix trailer that made me go, “I HAVE to

My newest interview subject, Tiffany Helm, is a very diverse talent. Growing up in the entertainment industry, Tiffany entered film after some time spent as a model. If you love cult classic cinema of the 80s, then you’ll recognize Tiffany from movies like Friday The 13th, Part V: A New