We can’t say for certain which Marvel Netflix series will follow The Defenders, but we have a good hunch it’ll be Season 2 of Marvel’s Jessica Jones. We’re guessing this because the Marvel Studios Twitter account posted four pictures taken from the set today. 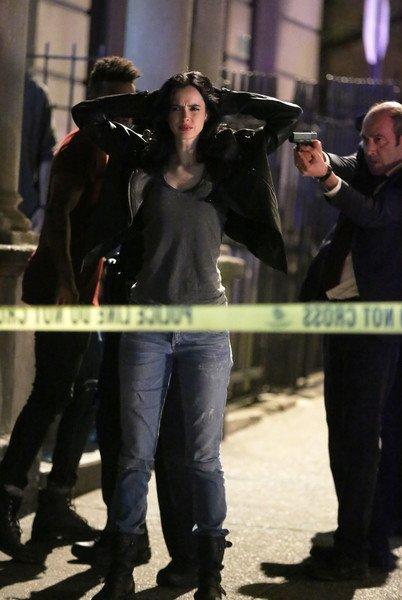 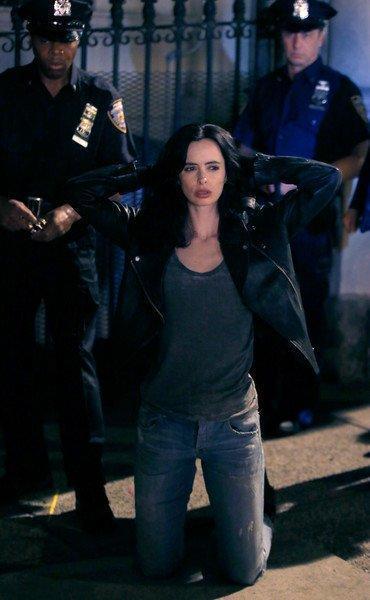 Jessica doesn’t have to stand here and take this; she could punch these cops halfway to the moon if she wanted to, or take them there manually via one of her giant leaps (she can’t fly, she’s more like the original Superman in that she can leap tall buildings in a single bound). But Jones isn’t a crook, nor does she want to get in worse hot water. 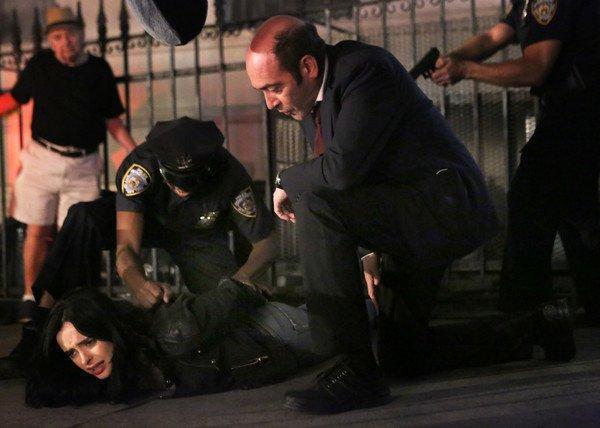 But there’s a twist….this time, she’s not alone! 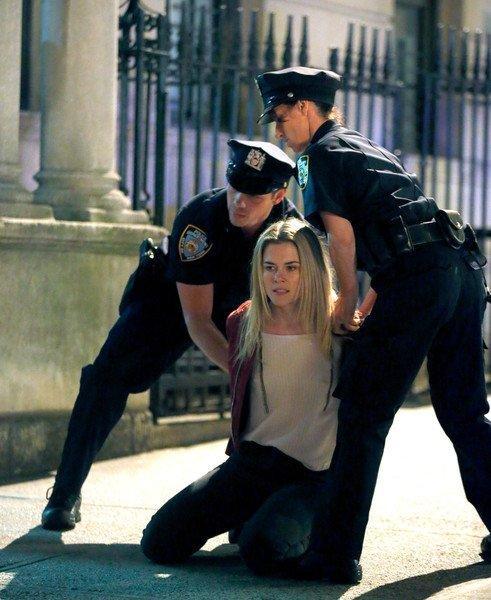 It’s Patsy! AKA Jess’s adopted sister and best friend, Trish Walker, radio host and former child star. Also soon to be the Marvel superhero Hellcat, but we’ll get there eventually. They’re super-tight and share everything, including the experience of being thrown to concrete and handcuffed.

These four photos are literally all we know about the plot of Jessica Jones Season 2: “Jessica and Trish get arrested.” More will likely be revealed once The Defenders is released on August 16.

Squid Game is coming to Netflix this September 17   The Squid Game is South Korea’s very first Death Game drama. Death game is a genre of Thriller with elements of horror, action,suspense and a Game show.    The biggest examples will be Alice in Borderland, Battle Royale,The Belko Experiment,The Running