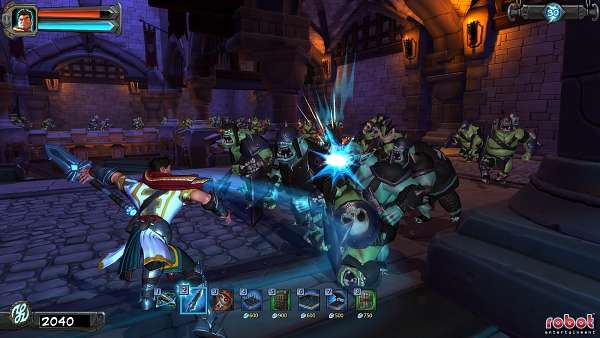 Robot Entertainment announced today that Orcs Must Die!™ will be available on Xbox LIVE Arcade and PCs later this summer. The game will be playable at the upcoming 2011 San Diego Comic-Con which runs from July 21st to 24th. Robot Entertainment also announced that it has chosen Microsoft Studios to publish and distribute the game. Said Patrick Hudson, CEO of Robot Entertainment, “Players on both Xbox LIVE Arcade and PCs will get their chance to massacre orcs by the thousands soon. We’re excited that Microsoft shares our orc bloodlust and will publish the game.”

Robot Entertainment also announced today they will be releasing an Orcs Must Die! prequel comic book. The single-issue comic tells the story of a world endangered by savage monsters and of the heroes that rose up to drive them back. Orcs Must Die! will be playable at the Xbox Lounge on July 23-24 in the Hard Rock Hotel during Comic-Con. Limited print editions of the prequel comic will be available to players at Comic-Con at no charge. The digital version of the comic will release later this summer, also at no charge.

For more information about Orcs Must Die!, please visit http://www.OrcsMustDie.com.