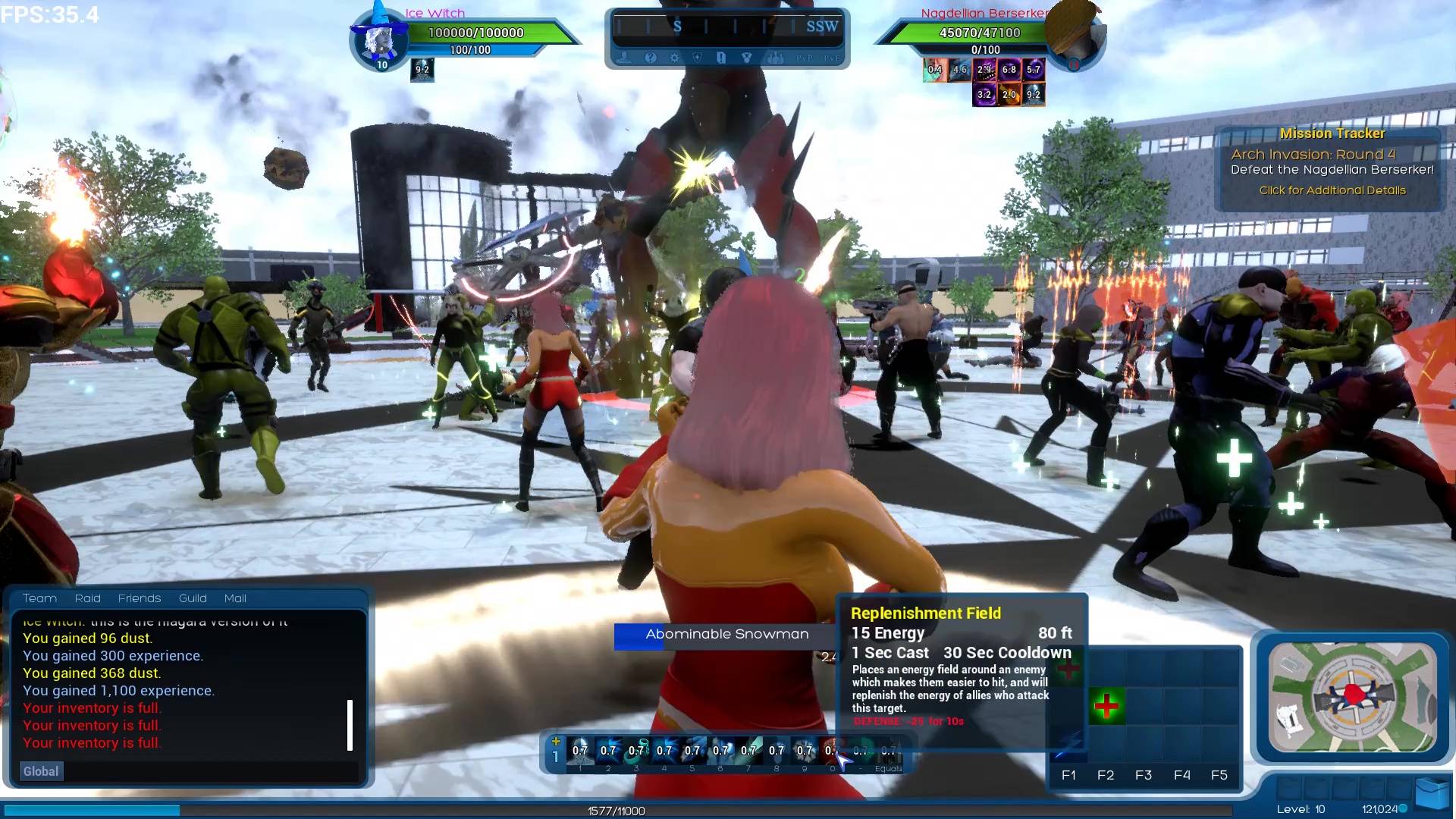 If you’d like another chance to try out the long-in-development MMO Ship Of Heroes, your opportunity is coming shortly. The development team is holding what they call an “Invasion Test” and unlike previous tests, anyone will be allowed to play.

If you want to try it, the team has some advice for you beforehand. For one thing, though the event is free, you need an existing account and a pre-built character to take part in it, so make sure you have taken care of those steps before it starts. Second, with your new, undeveloped and underleveled superhero, you probably won’t last very long if you’re not part of a team…so ask around and see if you can be invited into one. Your level will be temporarily boosted to match the rest of the team’s.

The Invasion Event takes fifteen minutes to play, but if you want to stay longer, there will be multiple Invasions throughout the day and you’re permitted to play more than one. According to the PR, “the devs will be varying the difficulty of the invasions, so that can be fun.”

Says the team, “Ship of Heroes has been developing its new MMO with an explicit goal of having both high graphical quality and high FPS. They seem to have pulled it off. SoH uses the Unreal Engine, which has a powerful graphics engine at its core. For a game with highly customized player avatars in the same wide-open city, this is pretty unusual.”

This explains the fluctuation in difficulty…they’re stress-testing the engine and the servers, and during the sessions when a large number of players are present, they plan to flood the area with a larger number of enemies to see how much the game can handle. Under those conditions, you should expect framerate drops and even server crashes.

The Ship of Heroes Invasion Event starts at 10:30 AM Eastern on August 29.

Hang Onto Your Hat Jazz-ifies The Mario 64 Soundtrack

Golem Comes To PC May 29