Ordinarily the books we discuss here tend to be graphic novels, but the product we’re about to talk about is actually a regular novel, with just text. However, it happens to be a buddy comedy novel about a washed-up actor and a super-intelligent chimpanzee taking down the Mob, so why miss this opportunity? This is One Tough Bastard.

Shane Moxie used to be the hottest action hero in Hollywood. His big-budget shootouts made zillions of dollars — that is, until the fateful weekend his action/comedy Copsicle was released. It was the sensation of 1997, but people cared less about the unfrozen caveman cop Moxie played and more about his sidekick, Duke the chimp. Ever since, it’s been Duke who’s been getting all the calls and gigs — and Shane can’t stand it!

There’s been bad blood between Shane and Duke for years, but now, at the 20th anniversary screening of Copsicle, he sees a chance to make a comeback. He’ll have to learn to get along with Duke for one entire night first — the evening marks their reunion. Little do they know their biggest worry won’t be each other….for some reason, they’ve both been targeted for assassination! Now Shane and Duke have no choice but to stick together and enter a real-world shootout with higher stakes.

“One Tough Bastard is a fist-bump to 80s/90s action movies, especially those of producer Joel Silver,” says writer Adam Howe. “The lead character – I hesitate to use the word ‘hero’ – is a fusion of Kenny Powers, Steven Seagal, and Jack Burton from Big Trouble in Little China… a legend in his own mind, and a magnet for trouble. With the characters of Moxie and his chimpanzee partner, Duke, I riffed on the dynamic between Jack Burton and Wang in Big Trouble, a blowhard ‘hero’ and his more capable ‘sidekick,’ leaving the reader to decide which of the two is the book’s eponymous tough bastard.'”

One Tough Bastard will be out on bookshelves this March. It’s the perfect gift for the has-been actor or book-reading ape in your life. 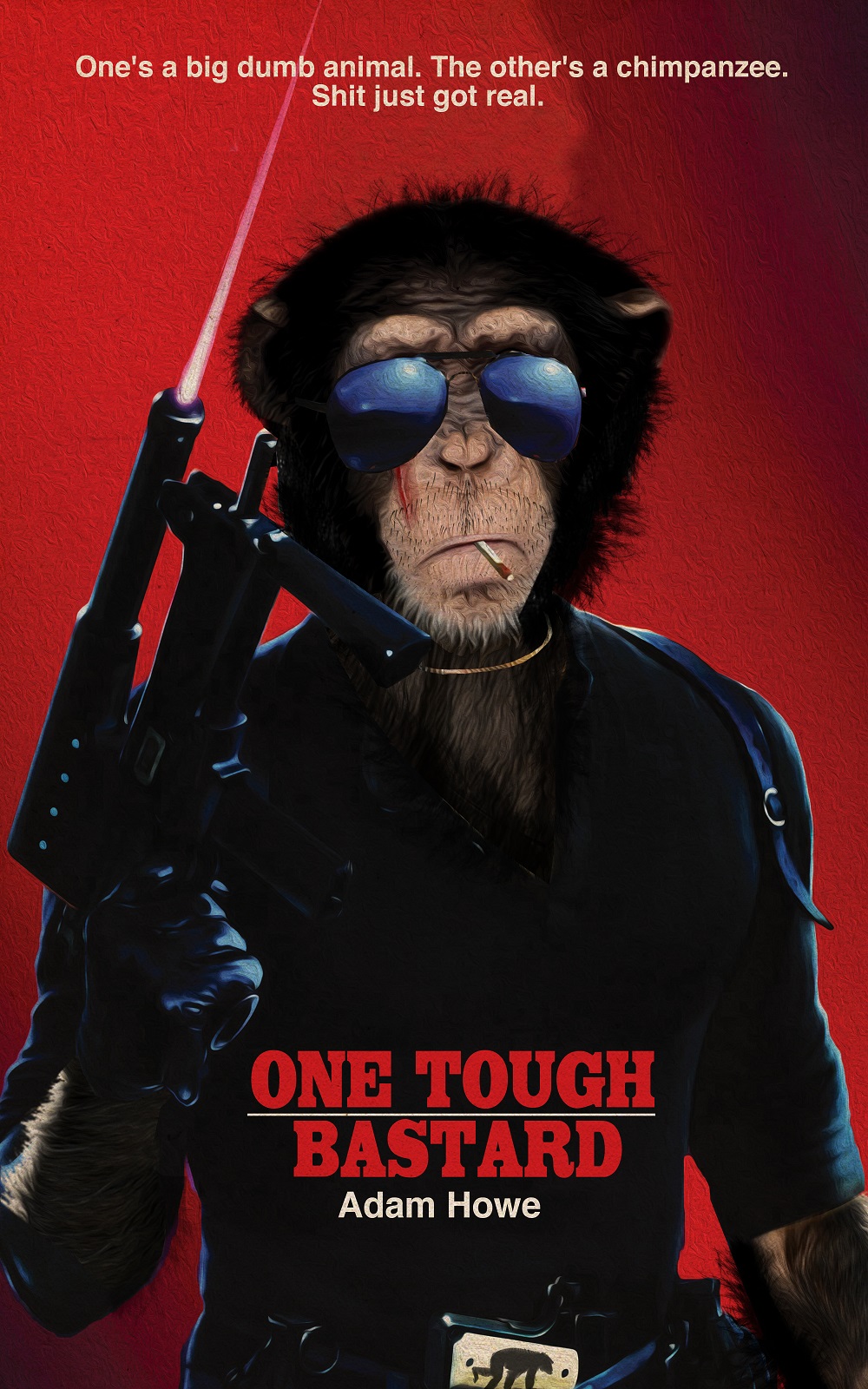 Plot Of The Druid Coming Soon To Kickstarter