Oh…Sir!! The Insult Simulator is one of those rare breed of games that is not only attempting to be enjoyable to play but also funny. It is a difficult balance that very few titles have ever managed to achieve. Yet, that has stopped Vile Monarch from attempting to do exactly that in the form of a Monty Python inspired game that requires you to defeat opponents by hurling a deviously viscous insult at them.

The game works in a relatively simple manner. You and your opponent take it in turns to choose from a pre-determined selection of words. With these you have to craft the perfect insult to take away their hit points. The better the insult is, the more damage it will do. Things start to get interesting when it comes down to crafting sentences that not only make sense but that make use of weaknesses or insecurities that your opponent might have. Learning the particular types of thing that will cause extra damage to your opponents is vital in ensuring that you are always being as efficient and devastating as possible. 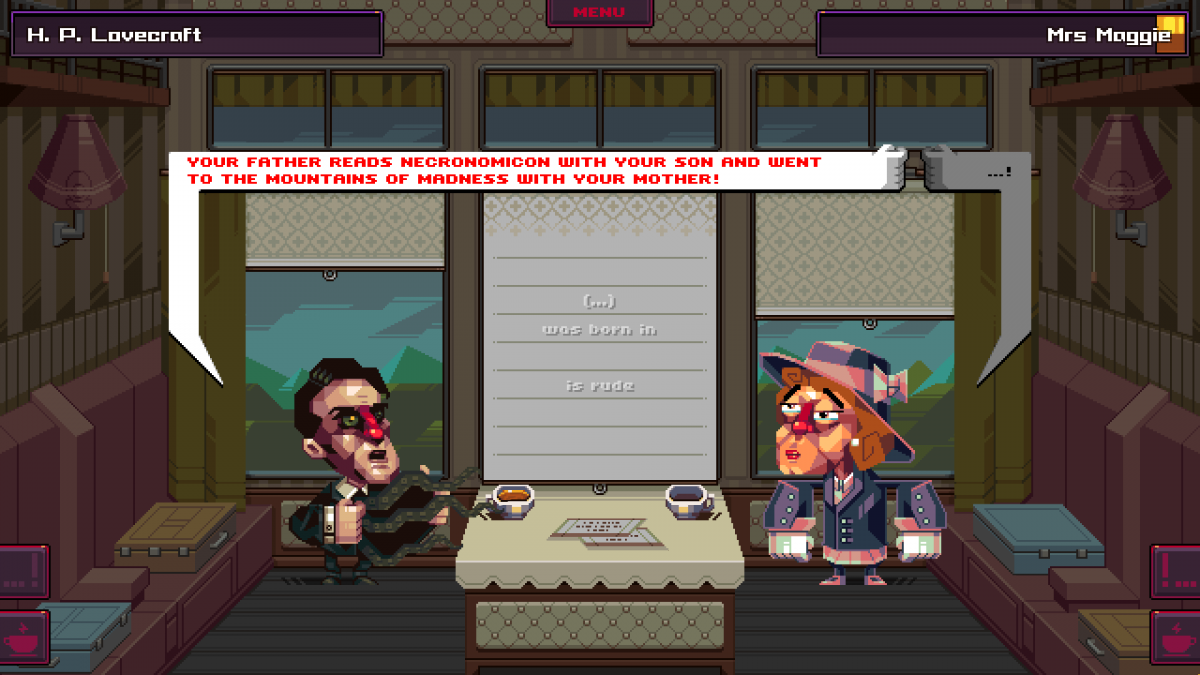 There is also an interesting combo system that, when mastered, can end games in just a few turns. As you build up your insults you will use certain words that appear more than once during rounds. If you use an insult that includes the word “father” in it for example and are able to craft another sentence that also includes that word in the very next round, you’ll do double damage. Manage to do it again and you’ll get triple. When combined with the weaknesses of an opponent, using combos can be a truly deadly way of winning a battle as it allows you to score dozens of points in a single hit.

Of course, getting combos is not just a matter of skill but also luck. You have no real input over what words will come up on the table for you and your opponent to use. Instead, you have to rely on your own hand words or phrases. You get two of these per round, although you can swap them out once by sipping some tea. These will often end up being vital to scoring the maximum amount of points and wisely knowing when to switch them out can be the difference between winning and losing a bout. 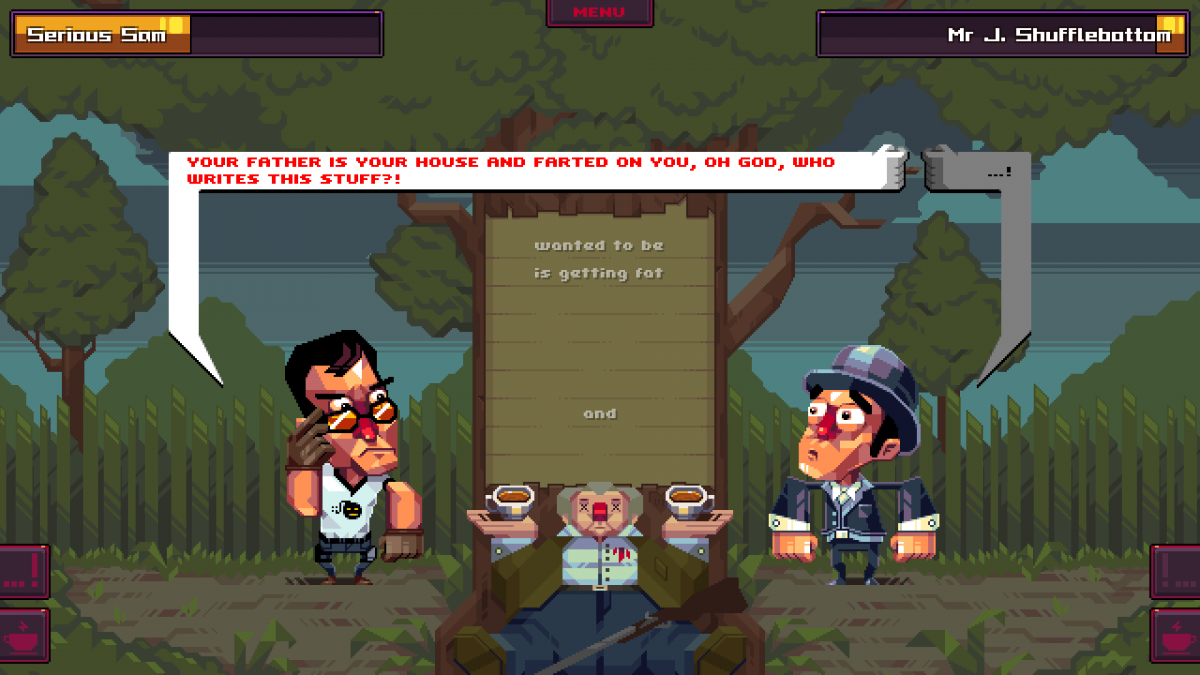 Unfortunately, the amount of content is somewhat limited. There are only a few game modes and while there are multiplayer options, this doesn’t seem like the type of game that lends itself to playing against other people very well. The tournament mode is likely where you will be spending much of your time, trying to beat the different characters in a series of battles.

There’s a rather distinctive cast of characters that you can choose to do battle against and the fights will take place in one of the select few locations. These areas each offer their own unique words in addition to general pool of phrases but that is the only thing that sets them apart other than the different background art. 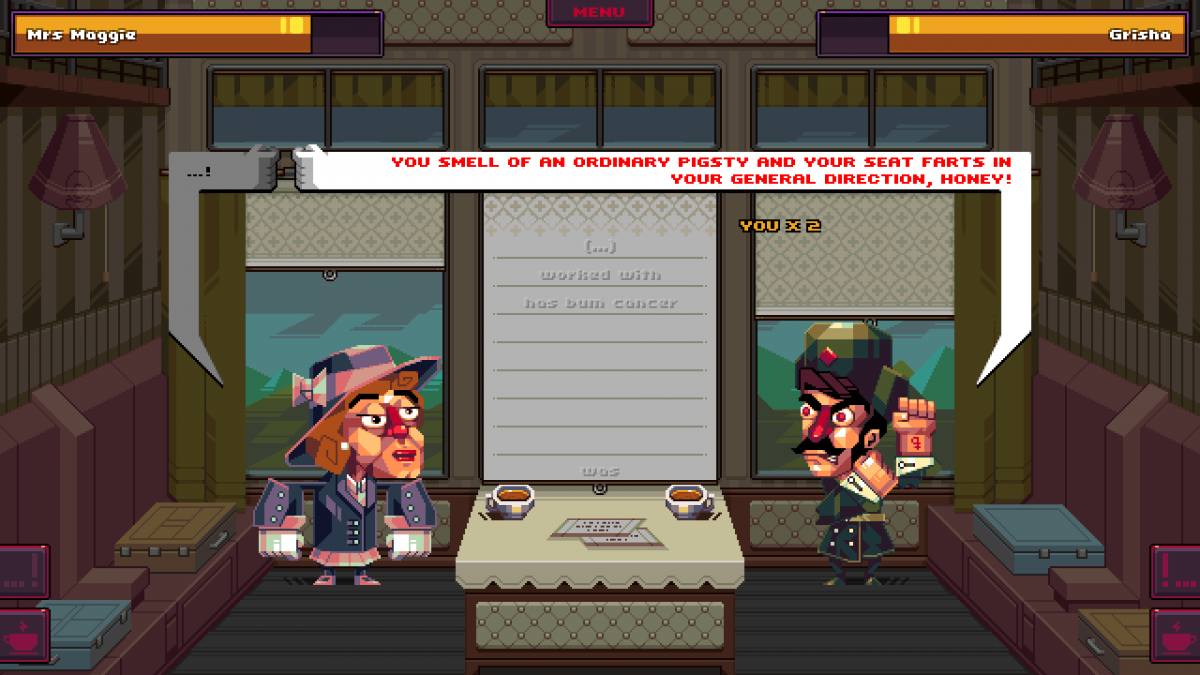 The main problem with Oh…Sir! Is that the vocabulary list is simply too small. After just an hour of playing you will soon find yourself coming across the same words and phrases over and over again, meaning that there is only a very limited number of insults you can effectively string together.  The charming voiceovers and distinctive art style go some way to compensating for this but the truth is without a bigger pool of choices, the title becomes stale after a short while.

It is hard to be too harsh on Oh…Sir! because it can be genuinely funny at times and at just $3 it is hardly a huge drain on your wallet. Yet, it does have its flaws and simply expanding the amount of insults that you are able to put together would have made the game much more appealing. If you are a fan of Monty Python or want to check out one of the more niche games available on the Xbox One then it would definitely be worth your time checking it out. 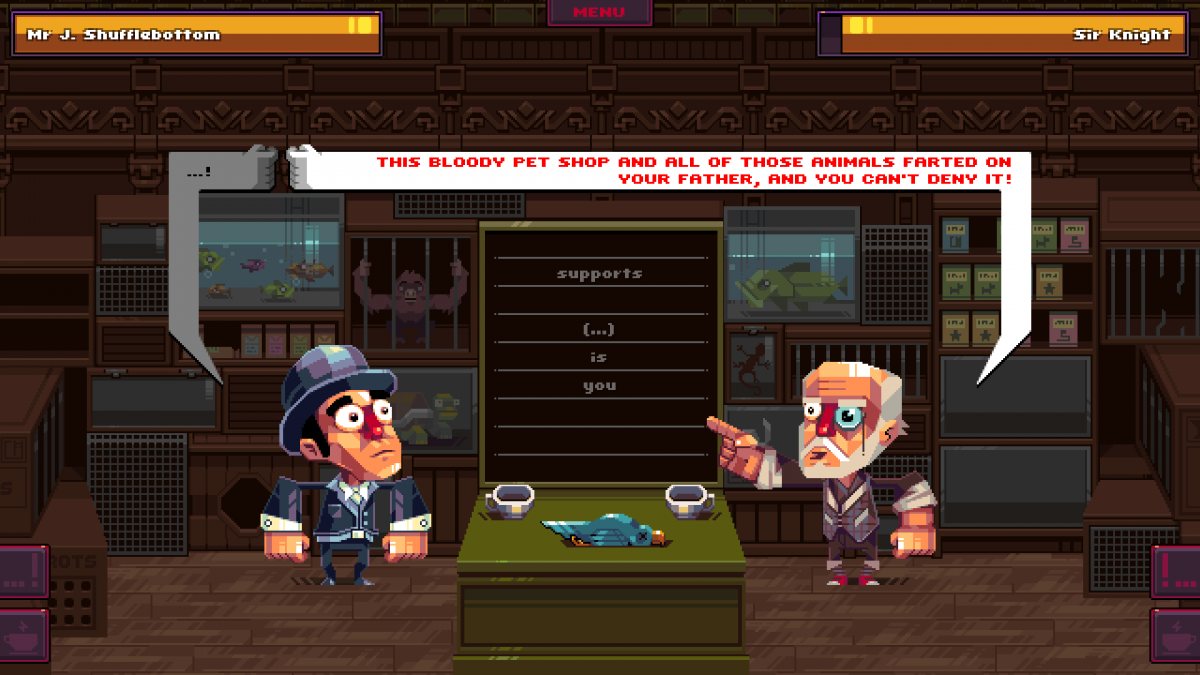 This review is based on a digital copy of the game that was provided by the publisher for review purposes. Insult Simulator is now available for Xbox One.

Are Joker And Harley In Suicide Squad 2? Turns Out NES Golf Is Hidden In Every Nintendo Switch