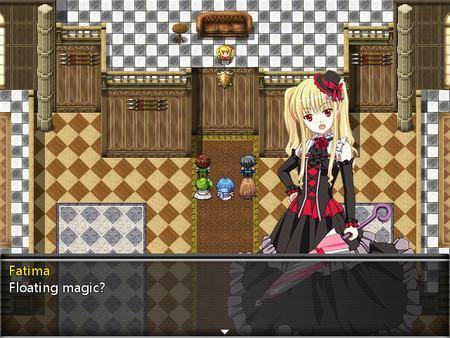 A Chinese game developer called Windward_Birds has just published their new game, The Adventure of Magical Girl, on Steam.

This one centers around two mercenaries named Kaim and Asai who quit their jobs and “continue to wander around, living by eating grass as mercenaries. But their boring routine is broken again. They would meet the three students from the magic academy.” Wait, go back — what’s this about them eating grass?

The game uses old-school 8-bit-styled visuals and mechanics to illustrate its story, except when characters talk to each other — then giant full-body anime portraits appear. If the title of this game feels a bit stilted, just know it comes from the maker of a previous game called “The Legend of Bean.” English isn’t really Windward_Birds’ dominant language.

THE ADVENTURE OF MAGICAL GIRL is an 8-bit-like 2D role playing game in which three young magician students end up defending mankind against monsters and demons. Just as true classics, it features anime-drawn characters, huge world maps and turn-based combats.

You can’t beat the price on this one….$2.99. Why wait for a sale? The Adventure Of Magical Girl is out now on Steam.