Indiecan Entertainment has announced the US digital release of Nightshooters, a dark comedy action film from the UK.

Once upon a time, there was this group of filmmakers that thought they’d shave a few bucks off their budget by illegally shooting their movie in an abandoned office building scheduled for embellishment. No, that’s not the story how this movie was made (as far as we know)…it’s what the characters in Nightshooters did, hence the title, which actually means people who shoot movies at night, not snipers or something.

Oh wait — bullets ARE involved. These guys aren’t alone in the building, and wind up being the only witnesses to a gang execution. They’ve now got the proof on film, but the gang knows and won’t let them leave alive. Time to fight!

Watch for Nightshooters November 2 on VOD platforms. You have your pick of trailers this time…green band or red band? It’s up to you (though the red band requires an extra click).

Nightshooters is the story of a group of filmmakers illegally shooting a low budget film in an abandoned office building slated for demolition. When they inadvertently witness and film a gangland execution in the opposite building, they have to use all their skills and wits to survive the night whilst being relentlessly pursued by the gang who are hellbent on not leaving any witness alive. 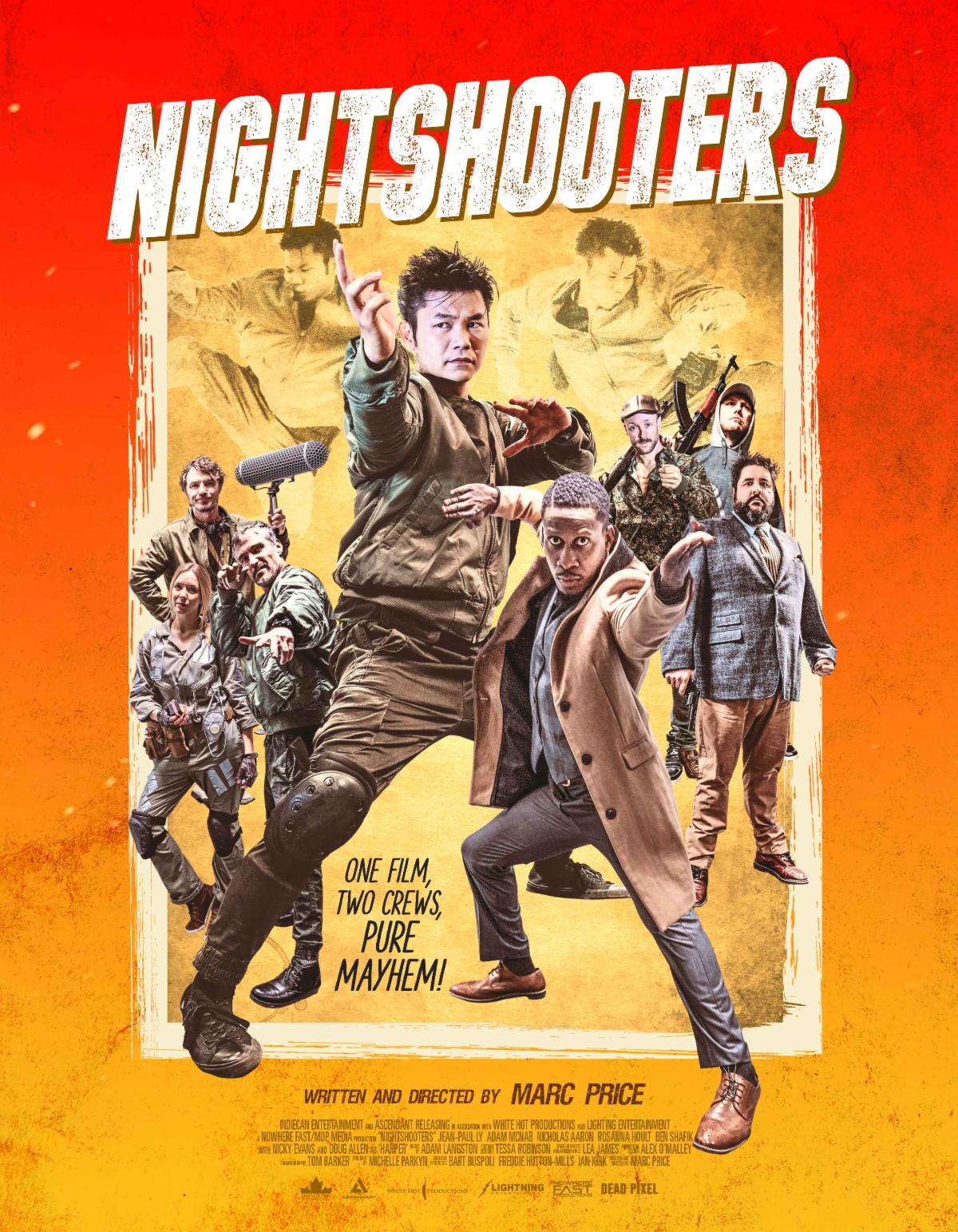 Here’s Funimation’s Entire Fall Lineup How to know if a new TV show will be cancelled even before it airs?

Uncork’d Entertainment has announced the imminent release of their latest action thriller, LOCKDOWN, starring WWE Hall of Famer Kevin Nash. It’s the apocalypse, a common setting for movies like these. It was a virus that brought down civilization, and the survivors are suspicious of anyone who might still be carrying

Uncork’d Entertainment has announced they’ve acquired the US rights to the European thriller Confession, and will be giving it a limited theatrical run next January, followed by a release on VOD. Confession works under the basic premise of a Catholic priest who has been taken hostage by a damaged man,

Soon you won’t have to hunt for an app to watch movies from Terror Films. The horror distributor is getting into the AVOD game with its own YouTube channel in which patrons can pay for access to Terror’s latest titles — and two of them will kick off the channel’s

The Surprise Visit Knocks On Your Door January 14

Vertical Entertainment is bringing the thriller The Surprise Visit to on-demand platforms, as well as select theaters, next month. Based on a true story (and a rather depressing one), The Surprise Visit is about a young woman who decides to visit her mother, and brings along her husband. At the