The Walking Dead won’t be back for its tenth season until October. Until then you’ll have to make do with the “Fear” variant (which has gotten better in recent years). AMC released a new teaser today, and though it doesn’t contain any footage from the season itself, it communicates the current situation effectively.

A big reason our heroes are putting their fingers to their mouths and shushing you is because their latest enemies are the quiet type — the Whisperers, who have abandoned civilization and society in favor of living among the dead and copying their habits. Team Alexandria has gotten on their bad side, and they’ve already lost a few members to the Whisperers. Conflict’s a-brewing, but probably not the type where anybody yells.

The Walking Dead is down to just two original cast members: Daryl (Normal Reedus) and Carol (Melissa McBride). That’s still a better track record than Fear The Walking Dead, which in half the time has shed nearly its entire original cast, leaving just one — Alicia (Alycia Debnam-Carey). TWD has also outlived the comic it’s based on, which ended two months ago.

One more Walking Dead-related thing you can stare at is this cool poster, released a few days before this promo was. This striking image of Daryl, Carol and Michonne looks like something out of a grindhouse movie theater. 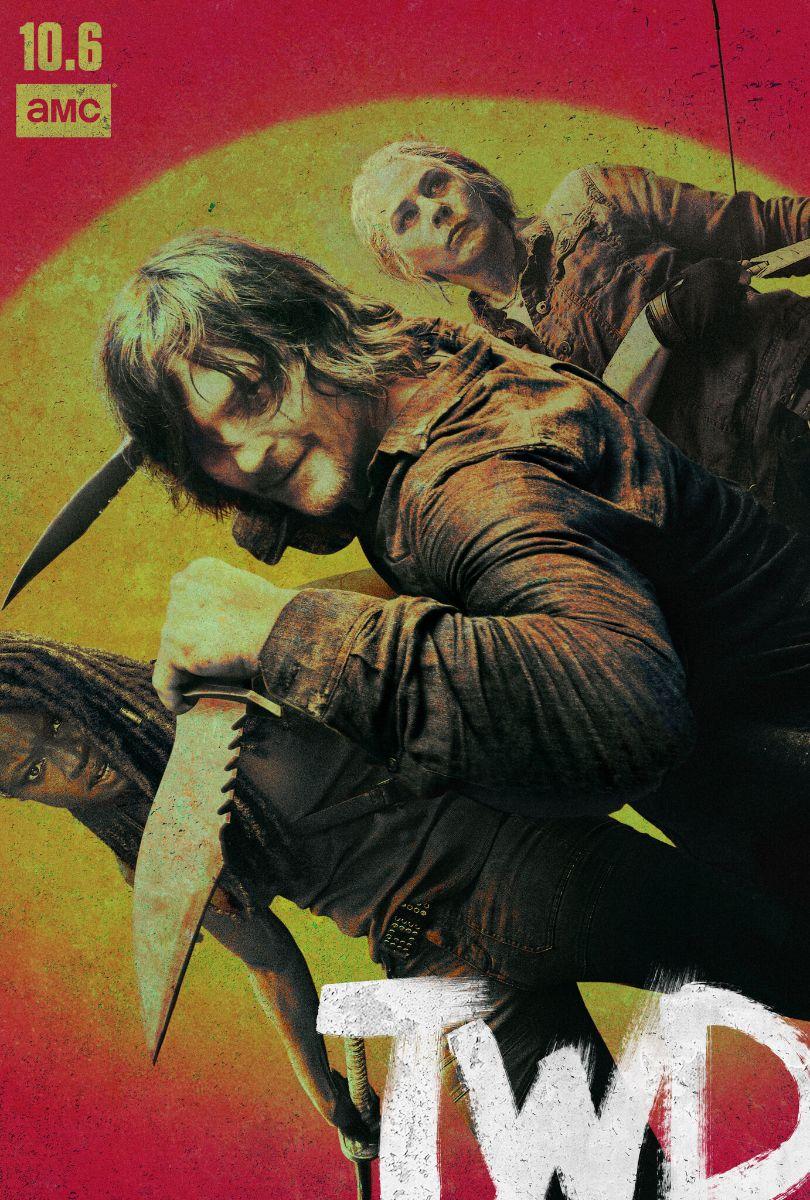