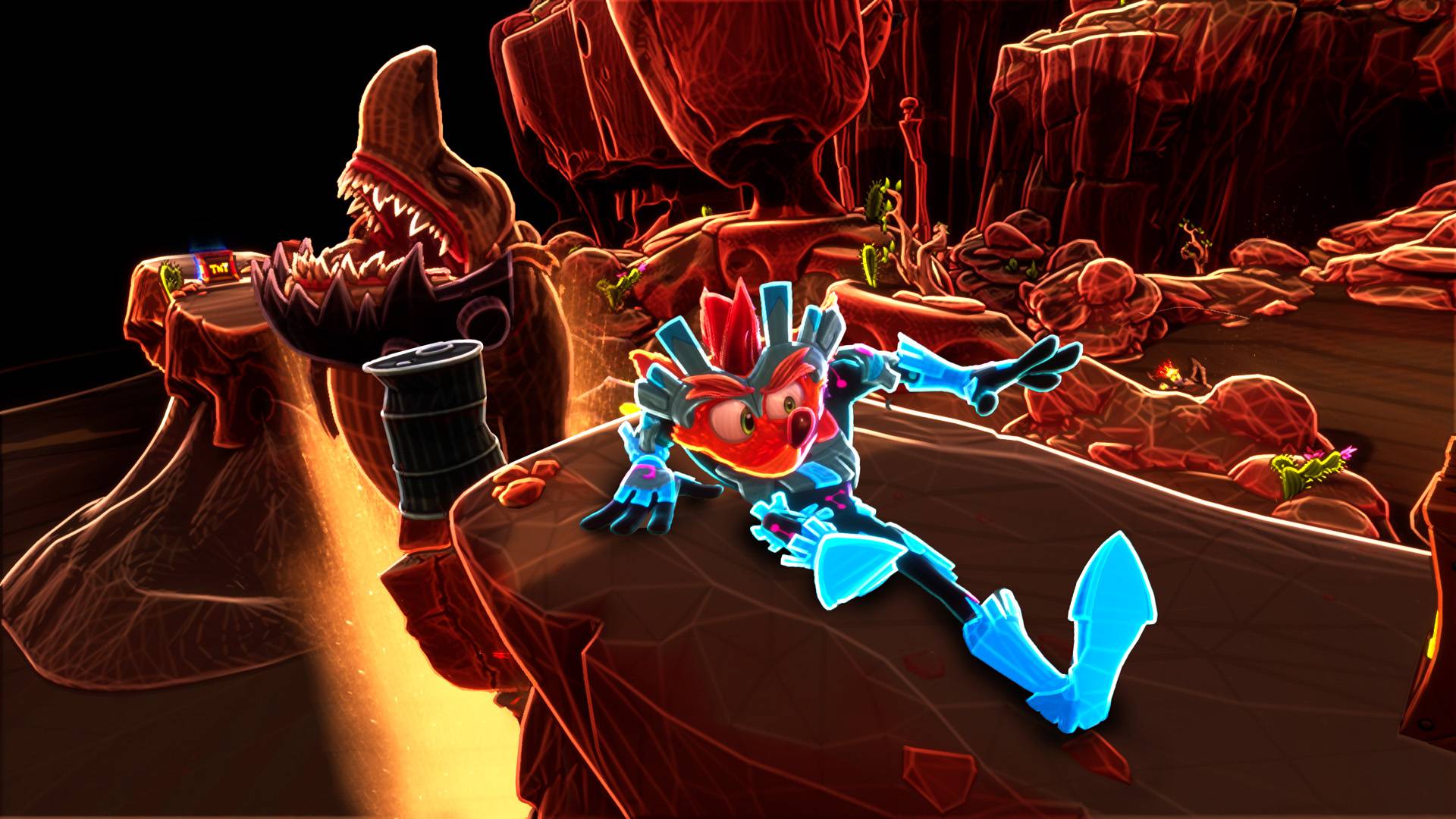 Sony’s most recent State Of Play broadcast started out with a new extensive look at Crash Bandicoot 4: It’s About Time. Toys For Bob has deliberately labeled this installment #4 because they have the lofty goals of matching Naughty Dog’s work on the original trilogy, where past developers with their own sequel ideas have failed. We’ll see if they can live up to that promise!

Recently we learned through the State Of Play that you’ll be able to unlock a replay mode called N. Verted which not only mirrors all the levels, but casts each one in a different visual filter. One drenches everything in neon lines while another gives the level the appearance of an old-timey black-and-white movie.

“This is the first new game in the Crash Bandicoot series in more than a decade, so we felt it was important to introduce a brand-new style of play,” explains Paul Yan, Chief Creative Officer and Co-Studio Head at Toys for Bob. “We teamed up with our good friends at Beenox to help us develop N. Verted mode, and they brought all of the same passion and expertise that went into the amazing Crash Team Racing Nitro-Fueled.”

The game will also include multiple playable characters — that much we knew, but we now know a bit more. You’ll be able to play as Crash or Coco on every level, but a few will cast you as the villainous Neo Cortex — and he won’t be alone. Dingodile finally gets his time in the sun with an area all his own, but it doesn’t sound like he’s involved in the current plot…he’s just looking for a way home (by blowing up everything in sight).

Crash Bandicoot 4 is currently on the way to Playstation 4 and XBox One October 2, but just this morning a rumor broke that there could be a Switch version. That’s not surprising, given that there’s been Switch versions of the N-Sane Trilogy and the Spyro Collection, but what is a surprise is hearing about it this soon. Hopefully it means a wait of LESS than a year, which is how long it took to get the others on the platform.

Xbox One Owners Will Need Additional Adapter For Older Instruments For...

Games With Gold for August Revealed