Alien 5, oh Alien 5….how I wish that you were alive. Bringing thrills and bringing fun, showing Ridley how it’s done.
Sigourney Weaver back again, Newt a living next of kin. How I wish this art was real, Covenant had no appeal.

Director Neill Blomkamp never got to make his proposed Alien 5 movie, mainly due to Ridley Scott’s current stranglehold on the property. He released drawings online of a Weyland-Yutani warehouse, a grown-up Newt, and Ellen Ripley in some kind of bio-organic weaponized Alien suit. The story told itself and sounded amazing. But while he did attract the attention of Fox for a while, the movie just couldn’t happen. Blomkamp had to dump some of his ideas in a series of short films he released earlier this year, one starring Sigourney.

Today the director published two previously unseen pieces of art from the proposal. One is another look at the warehouse: 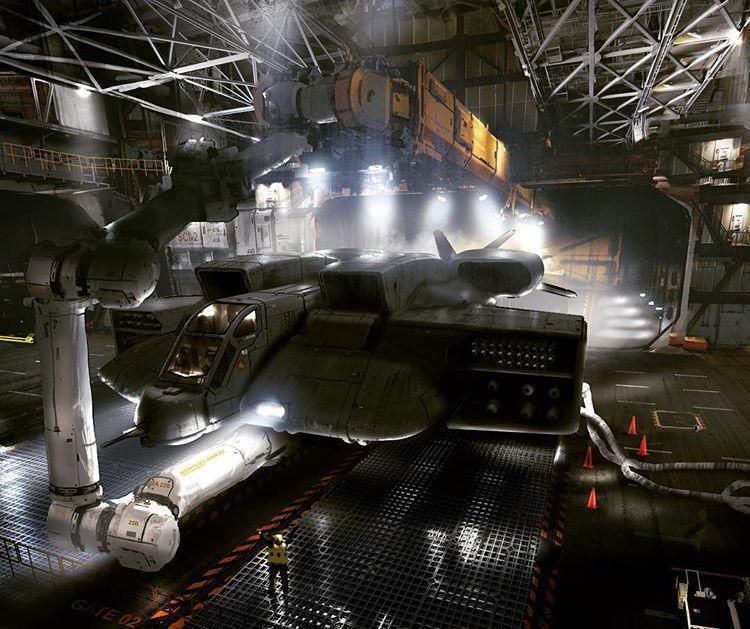 We haven’t gotten to see that ship before. Wonder how it would have played in the movie plot. We’ll never know unless Blomkamp shares more. 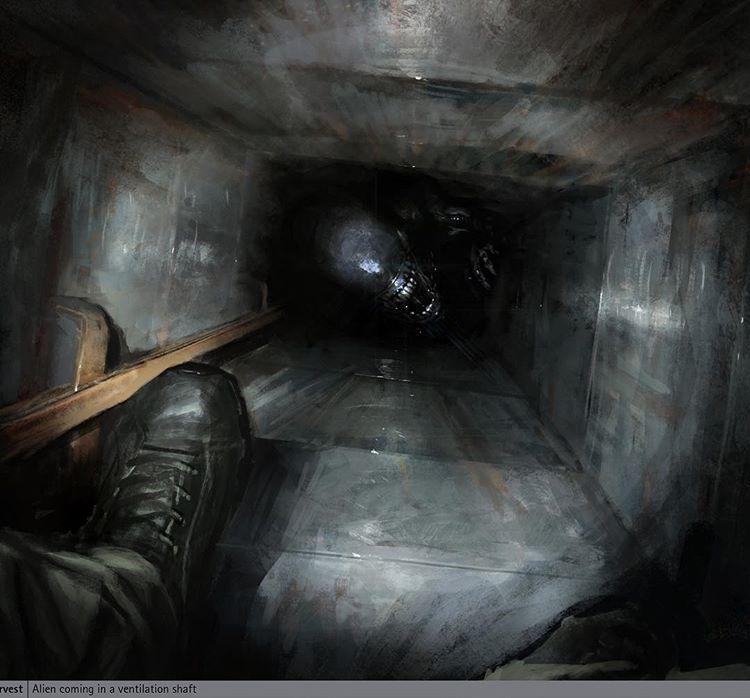 The second piece of art is this great drawing of a Xeno crawling up a dark shaft, below the feet of an unfortunate human.

As for what’s actually coming next for the Alien franchise….we truly don’t know. Scott would like to make a third film in his Prometheus series, this one not about the Aliens at all, but about robots. “I think the evolution of the Alien himself is nearly over. But what I was trying to do was transcend and move to another story, which would be taken over by A.I.s.”

This depends on if Fox wants to play ball, and also if Disney’s buyout deal is approved and if THEY want to play ball. The current rumors point to “no.”