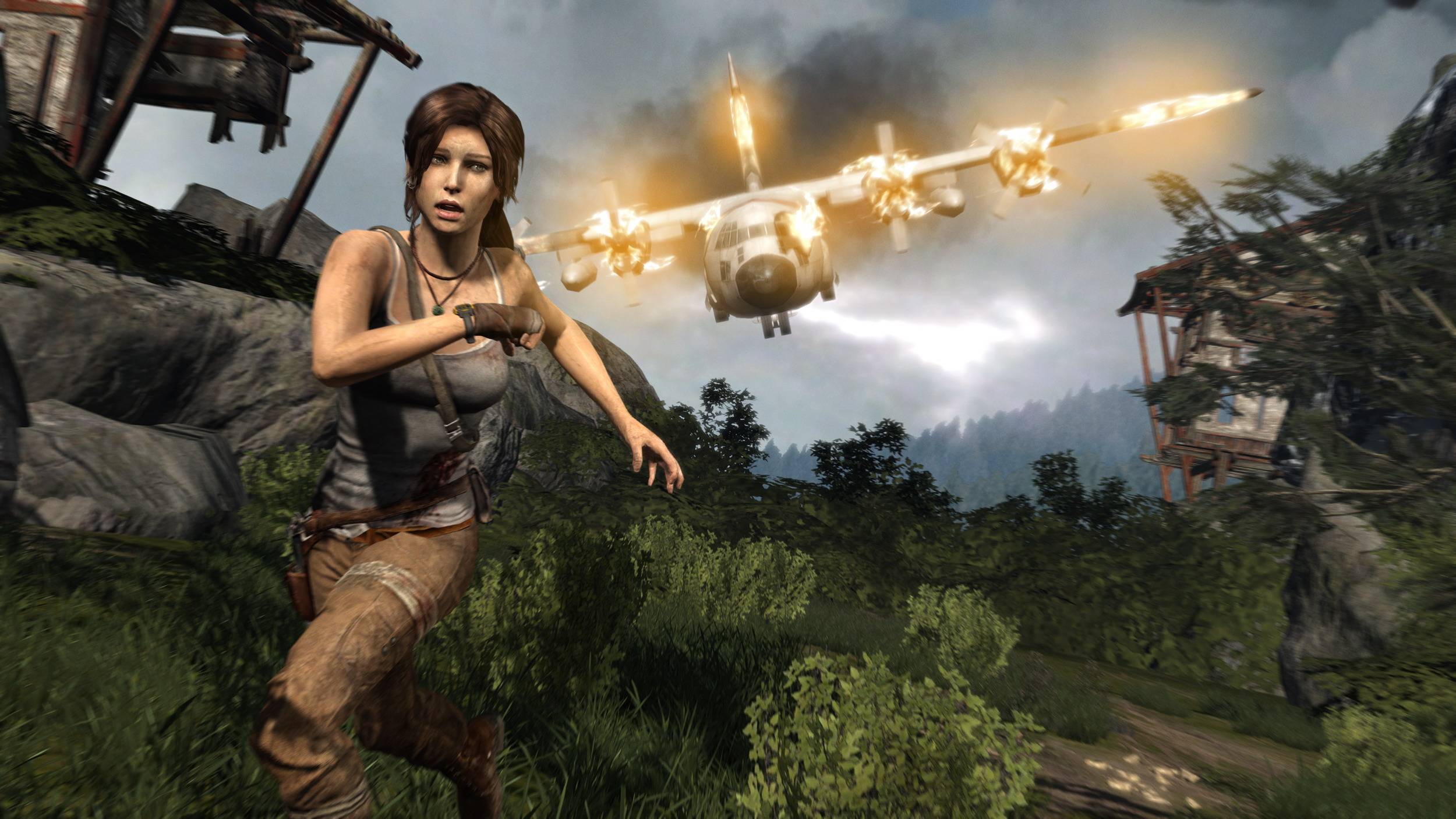 Hey, you. Bored at home? Presumably you are, if you care about flattening the curve and preventing our nation’s hospital system from being overrun (look up the grim news from Italy right now if you don’t see why this is important). Many companies right now want to encourage self-quarantine, and they’re doing so by releasing some of their content for free. Here are some of the cool things you can read, watch and play for $0 right now….

TOMB RAIDER (2013)
We really should have reported on this the day it first happened, but Square and Steam are offering the PC version of Tomb Raider for free, just for the weekend. And yes, “The Weekend” is technically over, but the giveaway extends through Monday, so you still have a few hours. Not only is the 2013 Tomb Raider free but so is Lara Croft and the Tomb of Osiris, a spinoff that’s more of a co-op puzzle game in an overhead view. These games will be free until noon Pacific on March 24.

Tomb Raider
Lara Croft and the Temple of Osiris

400 PAGES OF JUDGE DREDD
Judge Dredd, the judge, jury and executioner of post-apocalyptic Mega City One, remains the most famous creation of the British sci-fi comic book 2000AD (which was successful enough to stay in print well past the point where the “2000” in the title would be futuristic). Now publisher Rebellion has made The Complete Case Files Vol. 5, the fifth collection of Judge Dredd stories, free to read on the 2000AD app. There are iOS, Android and Windows 10 versions of this app, so however you’re reading these words, you can grab some Dredd.

AMAZON MAKES ALL KID SHOWS FREE TO STREAM
It’s easier to stay holed up if your single….throw kids in the mix and it becomes at least five times more challenging. That’s why Amazon has made the majority of their Prime kids offerings free to stream, no expensive annual fee required. Amazon’s offerings include The Dangerous Book for Boys, Lost in Oz, Just Add Magic, Niko and the Sword of Light, Costume Quest, Danger & Eggs, Bug Diaries, Wishenpoof, Annedroids, Gortimer Gibbon’s Life on Normal Street, and If You Give a Mouse a Cookie, as well as several PBS shows like Arthur, Daniel Tiger’s Neighborhood, Cyberchase and Dinosaur Train. There are also free family movies courtesy of IMDBTV (but with ads).

GOAT OF DUTY FREE FOR THE NEXT WEEK
The first (and really only) thing you need to know about Goat of Duty is that it really is Call of Duty with goats. You appear on a map as a goat with a giant weapon strapped to its back, and your goal is to be the last goat standing in a deathmatch against other goats. The only way you could make this better is if it was free, and until March 31, it is. Head to the Steam link below to get your copy.

CHILD OF LIGHT FREE ON UPLAY

Child of Light, an artful RPG from Ubisoft, concerns a small princess out to save her kingdom from beasts who have stolen the moon and stars. It’s one of the better things the French studio has created in the last decade, and the fact that it’s now free for PC is even better. The one downside: you can only use Uplay, Ubisoft’s own proprietary software client, to download and use it. But Child of Light is worth a little inconvenience.

One thing’s becoming clear…if you want a lot of free stuff, you’re going to have to create a lot of accounts. An Epic Games Store account will now net you a free copy of World War Z, the zombie horde survival game from Saber Interactive. This giveaway lasts until April 2 and in related news, World War Z is now 75% off on XBox One.

But here’s one you probably don’t need a new account for….the tactical FPS from Focus Home Interactive, Insurgency: Sandstorm. The catch? This one isn’t free forever. You will have free access to the game until April 1, but after that, you must pay. The good news is that the price will be 50% off. The latest update to Insurgency adds a new map, two new weapons, new domination layouts, and official mod support.