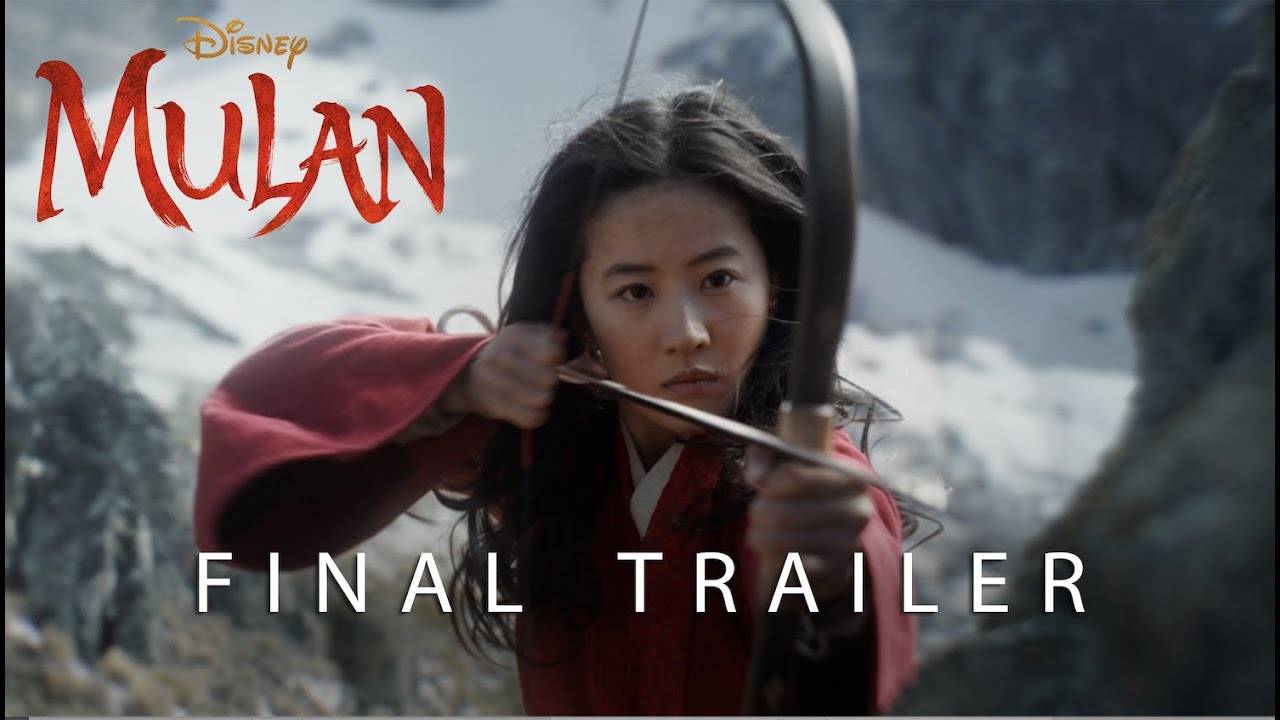 Artemis Fowl was originally a cinematic release but ended up being a Disney+ original because of the Pandemic.

Mulan was supposed to be one of the movies to be released in cinemas this year, and with the expensive budget this movie has, it means they expect this film to make billions of dollars in the box office Just like the Live-action adaptations of Aladdin and Sleeping Beauty. (Maleficent)

This film would originally be in theaters in March along with a large big-budget MCU movie, Black Widow. Both films are expected to make Disney lots of money until out of nowhere the virus changed the world as we know it. From a release, in March, they pushed both movies for a June/July release but looking at the top movie in the box office barely making 2 million dollars and 5th place movie making $6,000 only; it is not worth it.

Even before the production of the movie, it already experienced hurdles like controversy years ago when the script was leaked. There is a controversy because General Shang was removed from the movie and he was replaced by a Caucasian, Roman Soldier who bullies Mulan during the training, but the moment he founds out she is a girl in disguise he fell in love with her.

Here are some articles years ago about the controversial leaks:

That draft was controversial and caused a social media outrage because Hollywood just got some Whitewashing casting scandals on the year the script got leaked, but revisions had happened since then.

There were even worried that the movie will get whitewashed and that they might cast a Caucasian actress for the lead role but in the end, got bagged by Multilingual Chinese actress-singer Liu Yifei.

Liu Yifei is a successful singer in her homeland China but she also has a successful career in Japan because she can speak and sing in Japanese. Yifei also had her Hollywood debut a decade ago in the 2008 film Forbidden Kingdom, starring Jackie Chan and Jet Li.

After Multiple revisions of the script, Disney released the trailer of the live-action remake of Mulan that will follow the plot of the Legendary Chinese Ballad more instead of the 90s movie. The trailer was well received and people are excited to watch it in theaters until COVID 19 happened.
People thought the controversies of this movie will be the biggest hurdles, but we know they are wrong.

After multiple rescheduling of theatrical releases, Disney released Mulan on Disney Plus instead, this coming September 4th. It will not be for free, even though you are already subscribed for $6.99.

The movie will not be for free streaming. It will be for rental for the price of $30. People who have no plans to subscribe to Disney Plus can still make the onetime payment and watch it for rental without subscribing.

The Price $30 may alienate the 60 million subscribers of Disney Plus but all they need to break even is to have at least quarter of the subscribers rent the movie.

If Mulan becomes a rental Success, There is a possibility that MCU movies, Black Widow and New Mutants will be released for rental at Disney Plus. So the Fate of other Disney movies will rely on how much rental Mulan will get. If Mulan fails, the other 2 movies will just be delayed again until the pandemic is over.