It was announced on December 27th, 2016 that Carrie Fisher had passed away. Whether they loved her work in the Star Wars movies or her talents as a writer, many have mourned and will continue to mourn her passing. Many have celebrated her memory, including our very own Peter Paltridge, who penned a lovely tribute. 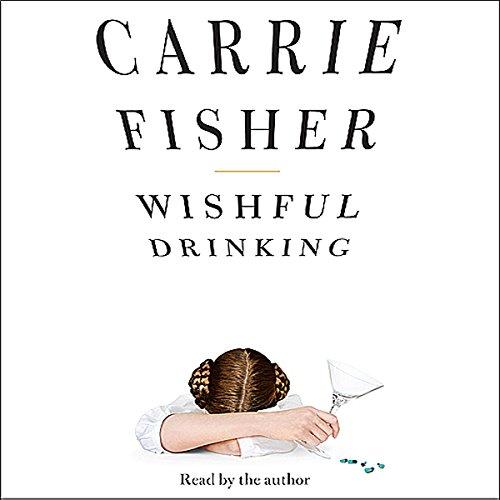 Although Carrie and so many other talents have passed away, there are many who hold the opinion that since we’ve never met these celebrities, and were not related to them or friends with them, that’s it’s foolish to mourn their passing. The general idea that these people hold is that we should only mourn the people we know in person.

I don’t know if that’s always something that it would be preferable to do. If you had an abusive home life, trouble at school or pain at work, and you turned to pop culture as a form of escape, you would probably be mourning the passing of the talents who helped you escape your problems as opposed to the passing of the people who caused those problems. Movies, music, TV, books, theater…All of them allow us the chance to escape who we are and who we have to surround ourselves with. They replace those fears with love, joy and hope, and inspire us towards making changes in our own lives. Do we know the entertainers who impact us? In many cases, no, but their work inspires us and we do come to know them in our own way, as they help us to know ourselves.

Speaking for myself, I’m lucky enough to have the Facebook friendship of many of the entertainers who have allowed me the chance to find relief from a life that was troubled from my 3rd grade year, starting in September of 1991, to the fall of 2012, and still has the occasional rough spot. I’ve been able to do interviews with many of these talents as well. Every star I’ve interviewed for both Pop Geeks, as well as my former writing base, RetroJunk, is a talent who has impacted me on some level, and I’ve tried my best to thank them for the peace of mind they offered me.

As for meeting talents, attending Chiller Theatre has allowed me the chance to meet many talents whose work has helped me through tough times. Unfortunately, several of them passed away this year.

For example, in October of 2015, I met former wrestler and actress Chyna, and she was as sweet as could be. I told her that I loved her work, that the Attitude era of the then-WWF was one of the few 90s things I genuinely liked, and I hoped she would get into the WWE Hall Of Fame soon. She thanked me for those kind words, and we posed for several photos. In one of them, she made the peace sign, and when I shared the photo on her Facebook page, I said that peace was what I wished for her. I just wish that peace had come in a different form. Her passing had shaken me.

Another talent I met at Chiller Theatre in October of 2015 was the Godfather Of Gore, Herschell Gordon Lewis. Although he was in his late 80s when I met him, he was sharp as a razor and very witty. I had gotten his contact info on the last day of the convention, and I was planning on sending him an interview request, but I became very busy with various things and didn’t have the chance to follow up. When he passed, a large part of film history passed with him, as he was one of the first directors to utilize blood and gore in his projects.

A look at the deaths that 2016 saw reminded many of their own mortality, as well as how they found refuge in these talent’s works. If you were in an abusive household, wouldn’t you have wanted a mother like Carol Brady or a father like Jason Seaver? Florence Henderson and Alan Thicke’s passings were mourned by many who did grow up in abusive homes. If you were uncertain of your identity and sexuality, you might have turned to talents like David Bowie and Prince, both of whom explored sexuality and identity in all its’ facets. Their deaths were felt tremendously.

In summation, when a talent passes away, we mourn them because they inspired us to do our best at our efforts, whether those efforts were creative, charitable or towards being the best people we could be. We honor their memories by playing their songs, watching their movies and TV shows, reading their books and seeing their works on stage, and we do so because, in these talents, we see who we want to be, and can be if we put our efforts towards it.

What are your thoughts on why we mourn celebrities?

Marvel vs. Capcom: Infinite Release Period Update You May Not Be Able To Change The Switch’s Battery