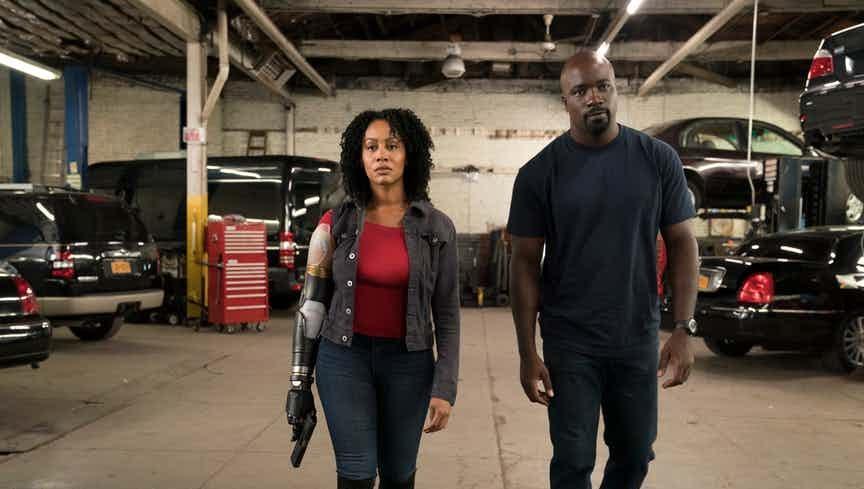 The Marvel/Netflix series have done a lot of good things (and a few bad things) to expand the roster of the Marvel universe beyond the titular characters. Daredevil brought in The Punisher, Jessica Jones brought in Nuke, Iron Fist…uh…let’s move on, and for Luke Cage, the big addition was Misty Knight. Since her casting, fans of the comics have wondered whether she’ll eventually get her bionic arm that she’s known for in the comics.

Well, in Luke Cage Season 01 she got shot in the arm by Diamondback. Then, in the final episode of Defenders, she got that very same arm chopped of while fighting one of The Hand. There, she was taken to a hospital (bought by Danny Rand) and told that they had a good technology wing that could help her with her arm.

Well, the first look of Luke Cage Season 02 has come via a photo (see above), and in it, Misty has a bionic arm. And it’s apparently good enough for Misty to put her gun in it, so that shows how advanced it is. Now, clearly it’s not made of Antarctic Vibranium like it is in the comics, but that could come later.