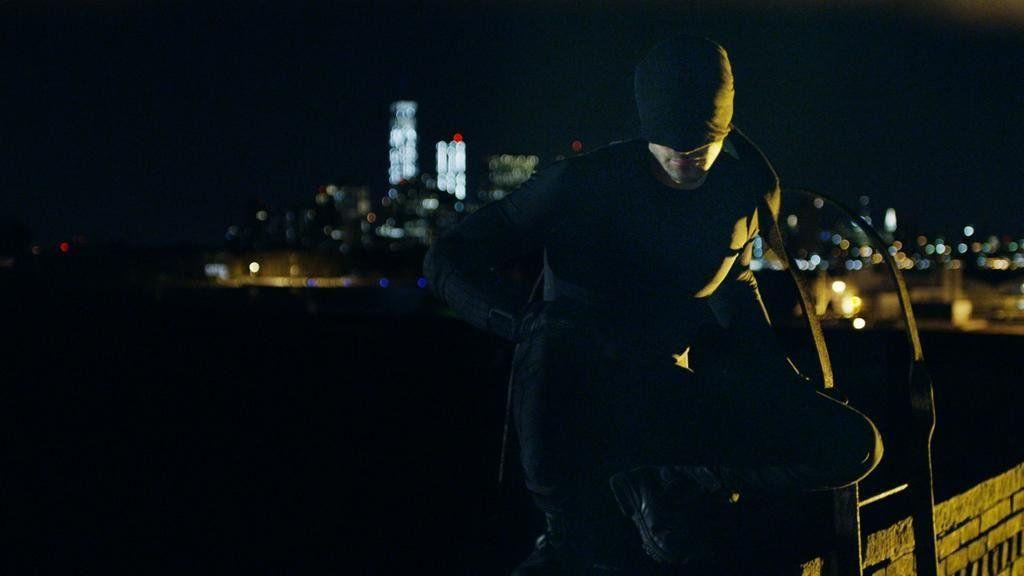 Earlier today, Marvel Entertainment and Netflix released the second trailer for the highly anticipated live-action Daredevil TV series. The latest video for the Marvel Netflix show is available below.

The new trailer gave viewers their deepest look at the show than ever seen before, especially stars Charlie Cox as Matt Murdock aka Daredevil and Vincent D’Onofrio as Wilson Fisk aka The Kingpin. In trailer two, both men outline their plans for the city, Hell’s Kitchen, New York for the show. Even more exciting from the trailer was a look at Scott Glenn in action as Daredevil’s friend and mentor, Stick. Stick was an element of Daredevil’s history that the live-action 2003 movie starring Ben Affleck ignored. Stick did later appear in the Elektra movie, played by Terence Stamp, but the less said about that film, the better.

The show looks darker and more intense than anything Marvel Studios has ever produced before. The producers clearly took a lot of influence from Frank Miller’s famous run on the Daredevil comics in the 1980s and 90s. Keep an eye out for a fun reference to Thor and Iron Man at the end of the trailer.

Marvel’s Daredevil premieres on Netflix on April 10. All 13 episodes of season one will be available for viewing at launch.