Last weekend, Chelsea Cain was one of the announced special guests at this year’s Rose City Comic-Con in Portland, OR. More significantly, she was one of the special guests you didn’t have to pay $100 to breathe thirty seconds of the same air with (autographs or selfies bring up the charge to $150). All you had to do to talk to Chelsea was catch her when she was at her table.

Easier said than done, however. It turned out Chelsea was part of a rotating string of guests who would be sitting at that table, so in order to find her, you had to pick the specific afternoon and the specific hour where the guest would be her. Cain was on my list of people I wanted to meet, but no one told me about these conditions.

It just so happened that while I was waiting to talk to someone ELSE, I noticed a longer line in the opposite direction and asked who it was for. “Chelsea Cain,” I was told. Jackpot!

The writer of Marvel’s acclaimed Mockingbird series and a string or murder mystery novels turned out to be a woman in her late forties or early fifties wearing bright glitter lipstick — a sight you don’t see every day. I told Cain I was relieved she was still writing comics and that her experience with Mockingbird hadn’t soured her on the whole industry. 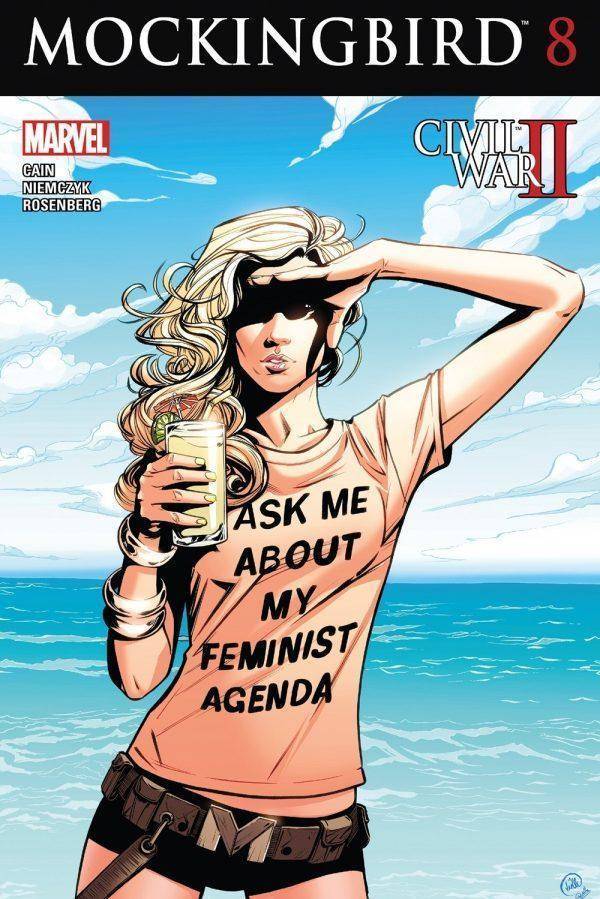 If you don’t know, the second-to-last issue of Mockingbird went to shelves sporting this cover, which got an army of ultra-right-wing snowflakes so butthurt that they pounded her social media accounts until she shut them all off. It was reported after that that she would never write for comics again.

Chelsea assured me that report was just a rumor. “No, I love working in comics, trust me. I’m going to be making more of them; I don’t plan on going away.” I told her I was relieved to hear that.

A few days after I met Chelsea Cain, she tweeted this: 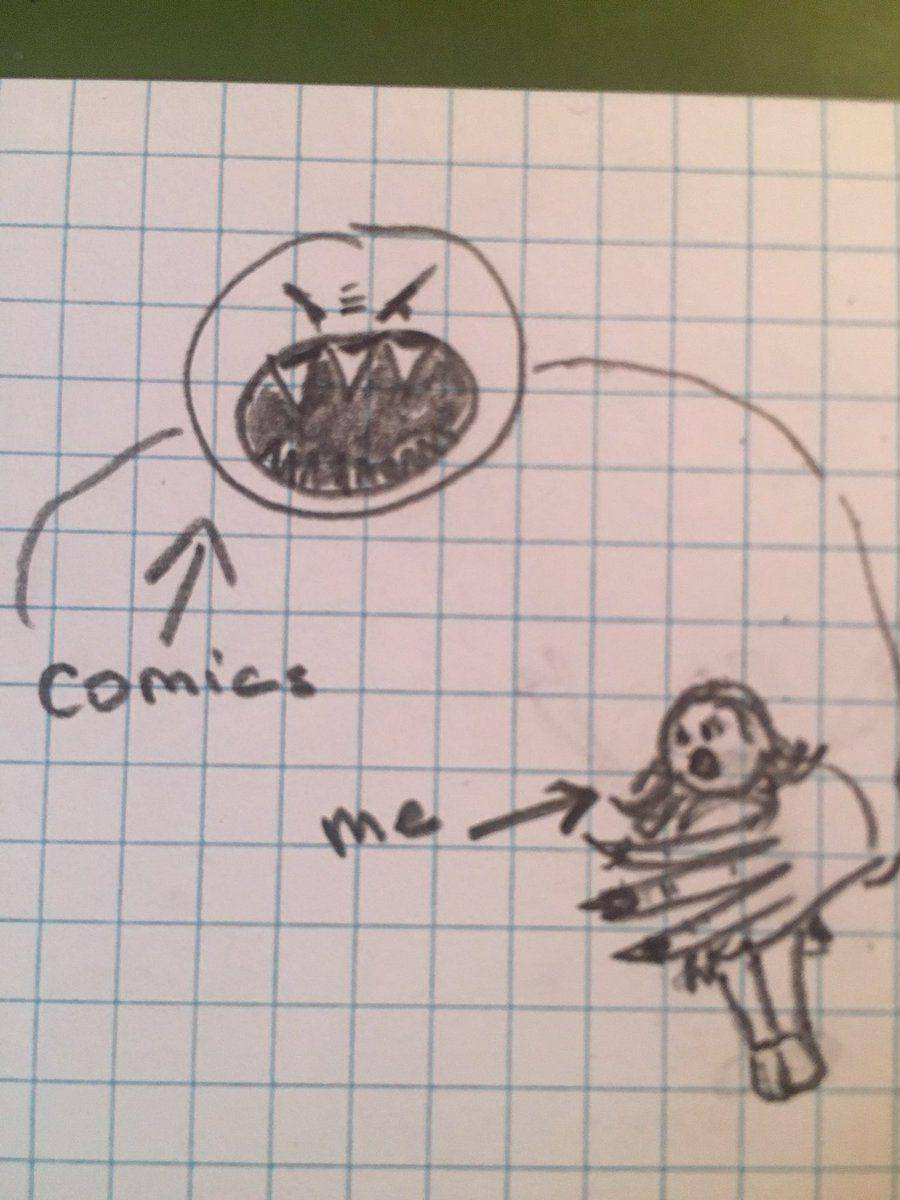 And a couple days after that — which is the present day — the news broke that Marvel’s next Vision miniseries had been cancelled before it could be published. Four issues had already been scripted by Cain, drawn and completed by a new artist hoping for her big break. They will now be shelved and never revealed to anyone.

Cain had been working on the book for two years, and the first issue was about to be published next month. The decision to halt production was probably made by someone who hadn’t even been one-fifth as invested in the work. He got out of bed, stomped to the bathroom, took a dump, flushed the toilet, hiked up his pants, grunted, and then thought “I’m-a gonna cancel that Vision series.”

Cain hasn’t been shy about her feelings regarding the incident, posting several irate comments in succession:

I’m incredibly proud of the 4 issues we’ve turned in so far. It’s been 2 years of work. And reflects tremendous effort by an incredibly talented team. It kills me that we won’t get to share them…Forgive me, Viv. https://t.co/wGj65AFDZv

.@Marvel asked me to keep this “clean and quiet” because apparently they’ve never met me. HI, GUYS, I’M THE ONE WHO’S THE PAIN IN THE ASS. REMEMBER ME NOW?

Of course Cain can afford to risk burning bridges because she’s a best-selling author who is only writing comics for Marvel because she wants to. But how much longer is she going to want to?

I want you to know that I am being truthful and transparent because most comic book freelancers can’t be. I am loud, for all of them.

One week after Cain personally assured me with her own voice that she would make more comics, I have to worry again that she won’t. Worse yet, this one won’t even be released, so even though Mockingbird wasn’t technically her only effort with Marvel, it might as well be.

It just brings up a larger issue as a whole about the Big Two caring much more about numbers and attention-grabbing gimmicks than the people who come up with the ideas they need to make movies from. Maybe there will truly never be another Marvel comic with Cain’s name on it, but the question now is…does Marvel deserve her?