Conclusion of this, a long time coming, actually. 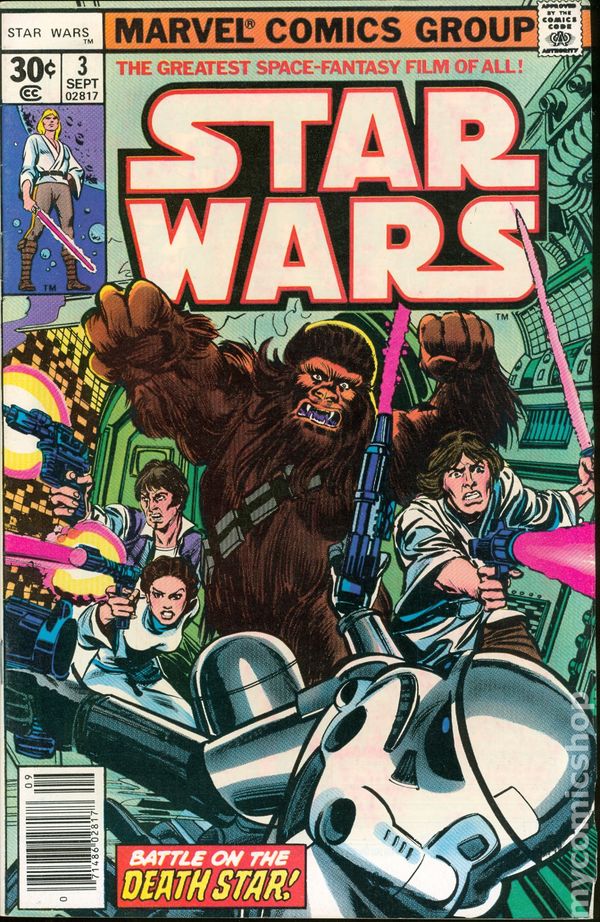 It’s occurred to me that  I never did a proper introductory post here. My name is Mackenzie Haa, though I go by the alias “macattack” for a what of what I do. I have always been a big Star Wars, Marvel, and anime fan, and I enjoy a variety of video games, and I have aspirations of becoming a creator in the entertainment industry.

Writing about Star Wars has been bittersweet for me. On one hand, George Lucas clearly doesn’t want to manage his creation anymore, otherwise he wouldn’t have sold it to Disney in the first place. On the other hand, I invested a lot of money into the Star Wars Expanded Universe, and seeing much of it being retconned out of existence is saddening. Yes, it’s not officially confirmed yet, but it’s only a matter of time before they reveal Episode VII is set in a new continuity.

Dark Horse, however, has had to implement an action plan to deal with losing the rights to Star Wars, but it seems they have an idea of what to do. This interview at Comic Book Resources showcases a lot of their plans. They have also worked to strengthen ties with Nickelodeon, expanding the comic book and merchandise lines set around the Avatar/Legend of Korra franchise in particular.

And it’s clear there’s plans. Cult favorites like Buffy and Serenity continue stories that were left off in the televised arena a long time ago. Dark Horse has the rights to Halo. There’s other licensed comics in Dark Horse’s arsenal as well. So it appears that Dark Horse has settled in and is waiting for the post-Star Wars era to begin as the comics go into their final runs.

The major consequence of losing Star Wars is that a large revenue source just went out the door, a revenue source that probably helped Dark Horse get the rights to some of the licenses they have control over. Granted, said license was undoubtedly expensive, but Dark Horse has been publishing the comics for years at this point, I think the comics were plenty profitable. I do think there will be a short-term sting, but there may not be lasting reverberations, or if there are, it won’t be noticeable for quite some time, especially if a franchise winds up being popular enough to match what Star Wars brought in. It’s not inconceivable.

I also think the decision to strengthen ties with Nickelodeon will help as well. Marvel and DC are not launching major kid initiatives in the comic book realm right now. There’s a big gap waiting to be filled, and I doubt every 6-11 year old kid wants to read “Archie”.

There will be a lot lost when the license to Star Wars expires at the end of the year. But at the same time, the run leaves a lot of fond memories behind, and a fairly unparalleled run of quality for a licensed brand that hasn’t been seen elsewhere, including the “Big 2” of Marvel and DC. It is my hope that Dark Horse will continue on as strong as ever and build new brands that will sustain it for decades to come, and that Star Wars, in whatever form it takes, will prosper at its new home of Marvel.

I will continue to enjoy the final issues of Dark Horse’s run, and I suggest you do so as well. It’s the end of an era, but a new one is just beginning, just in time for Episode VII.

And then we’ll see a truly new “galaxy far far away”.