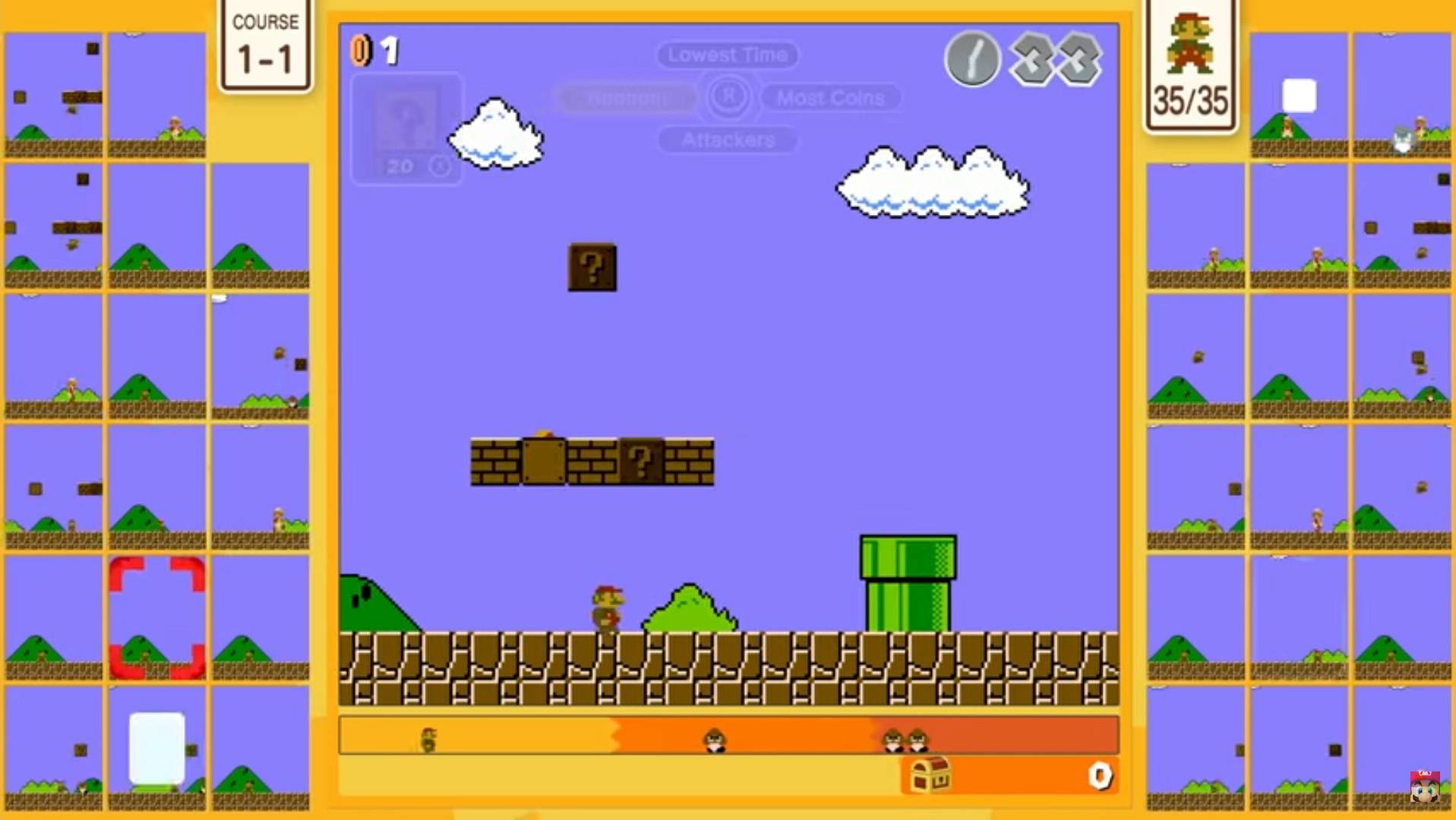 It was only a matter of time before Nintendo’s Mario personally got involved in the red-hot battle royale gaming craze, given that the plumber has dabbled in just about every other genre there is. No one expected him to do it in this fashion, however. Mario is going contemporary and back in time at once with Super Mario Bros 35.

The original Super Mario Bros turns 25 next month. And the day his birthday month hits, Nintendo will offer Super Mario Bros 35 to all Nintendo Switch Online subscribers. It works very similarly to Tetris 99 — dozens of connected people play the same game with the goal of being the last one standing.

And like Tetris 99, you can send “garbage” to your opponents — the enemies you defeat will be teleported to rival screens. You can choose to focus on rivals with the lowest time, the most coins, the ones attacking you or random people. The coins serve a larger purpose than points this time — gather enough of them and you’ll earn power-ups that will help you live longer.

Here’s the strangest part of all this…Super Mario Bros 35 will only be playable for precisely five months. The game shuts off after March 31 and, we assume, becomes useless unless Nintendo plans to add an offline AI mode. Don’t ask us for answers here. It’s just the latest inscrutable decision from an inscrutable company.

So if you end up loving Super Mario Bros 35, take lots of recorded footage…it’ll be all you have someday. The game arrives October 1.

Rumour: Cloud Storage for Wii U