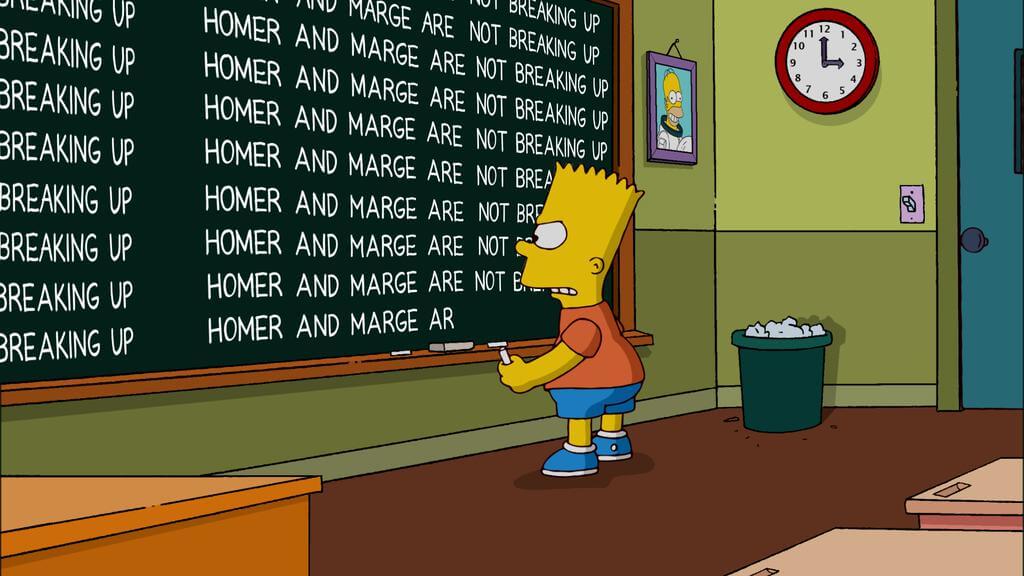 A weird story has been coming around the bend in the last day or so, one that totally made sense when you thought about it, but then turned out to be a misread of information. The Simpsons Executive Producer Al Jean posted that in the upcoming Simpsons Season 27 Marge and Homer would “legally separate”. This caused a massive spread of news articles stating that the two would be getting divorced, and even that Homer would be finding a new love interest.

Again, when you think about it, this makes sense, 27 season is a LONG time even in television years. So a divorce only seems natural, right? Well…no. In fact, according to both Al Jean and the official Simpsons Twitter page, they’re not breaking up at all.

So what’s happening? Well, it’s hard to say, for all we know there’s a “logical” reason Marge and Homer are getting “legally separated”. As some fans will recall, Marge and Homer have been divorced and separated before, mainly for the purpose of getting remarried (again, 27th season people), so the key word we’re all missing here is “context”.

Think of it like this, Al Jean recently admitted that Bart Simpson would die at the hands of Sideshow Bob, but that’s only in the Treehouse of Horror episode, not in the “main” series. See? Context. So as the Twitter post from The Simpsons so elegantly put, RT and stop the rumors! #TheSimpsons