Thursday, April 21st, was a day that shocked music lovers around the world. On that day, Prince, the Grammy-and-Oscar-winning singer and composer, was found dead at his Paisley Park estate. Tributes immediately started pouring in from all over the globe, and Facebook became loaded with memories of his music, his concerts and interactions with him. I worked this past weekend at my retail job, but all throughout the weekend, I thought about Prince’s passing. I was humming his songs while ringing up customers and cleaning around the register, and I remarked on his passing to several of the customers, all of whom had memories of his music as well.

My own history with Prince’s music goes all the way back to the 1980s, as it did for many other people. When I was a small child, I loved watching the 80s version of Alvin And The Chipmunks, a show that introduced me to a lot of great 80s music before I even knew who the artists were. In one episode, the Chipettes sang Manic Monday. I can’t recall the context, but I liked the song. That was my first exposure to Prince’s music, as he had written the song for The Bangles.

The lyric “6:00 already, I was just in the middle of a dream/I was kissing Valentino by a crystal blue Italian stream” was apparently a reference to oral sex, as I found out when I grew older, but Prince had the gift of being able to write subtle innuendoes as well as outright Intercourse With You songs, as TV Tropes would dub them. Perhaps that might have led the writers of Animaniacs to come up with their most infamous joke to get past the censors. You all know the one, but here it is again:

Decades after the episode “Hercule Yakko” aired, I’m still amazed that they got away with it, and it makes me wonder if Prince ever worked references to that act into his music. That’s probably one of the things that inspired me to seek out more of his music as my 80s fandom progressed. When I was growing up in the 90s, the 80s seemed so much more grown-up and intriguing than what I was experiencing in that decade as a troubled child-going-on-teen on the autistic sepctrum. As the late 90s rolled around, I would frequently visit a chain of entertainment stores called Media Play in order to procure CDs, cassettes, VHS tapes and books of various stripes, and I decided to buy a Prince CD. The disc I purchased was his seminal album 1999. I purchased it in either 1997 or 1998, but I grew to love it immediately.

One of the songs that stuck with me from that album was a song called “Free”. It was a song that, when I listened to it, gave me a sense of hope. I didn’t have an easy time of it in the late 90s. I was still emotionally rattled from my father’s death, I was a commuter across the Hudson River to three different schools in three years, and I was a teenager, stuck somewhere between the pleasures of childhood (I still enjoyed watching and making references to Sesame Street, even though my high school teachers objected vehemently to them, feeling the show was inappropriate for a high school student to watch) and yearning for adulthood (I wanted to be more open in expressing myself by cursing and making references to grown-up things, but the teachers objected to that, too).

When it came to the song “Free”, these lyrics stuck with me:

For a teenager stuck between youth and maturity, dealing with an autism spectrum disorder, and attending high school in converted storage space, I yearned for that type of freedom. When I graduated in 2001, I quoted “Free” in my yearbook quotes section. I meant it as a statement for all who were graduating, and I can only wonder if the other students had ever heard the song. Maybe they didn’t, or maybe they didn’t like Prince. Perhaps the latter, as evidenced by something that happened in 2000.

I was attending a local teen dance in my hometown, and even though it was 2000, I requested the DJ to play “1999”. The DJ put it on, and I danced to it. After about a minute or so, the DJ saw that nobody else was dancing, so instead of pulling me to the side and announcing he had to put on a different song, he announced it over the microphone and mentioned me by name as he put on a more current song. I was humiliated, and that was one of the last teen dances, if not the last altogether, that I attended. I have this sick feeling, though, that this DJ who embarrassed me is now playing Prince’s music at one of the dances he’s DJing this week. That would strike me as rather hypocritical, but then again, a lot of artists become popular again after they die. It’s not just musicians. The death of pro wrestler Chyna happened the day before Prince’s passing, and her level of support rose with her passing. I was with her all the way throughout her career, even having met her at Chiller Theatre in October of 2015, but a lot of people had mixed feelings about her. It was only after her passing that she started to be re-evaluated. I quote John Lennon: “Everybody loves you when you’re six feet underground”.

Back to Prince. Another CD of his that I purchased in the late 90s was Purple Rain, the soundtrack to the movie that made Prince (as of 2016) the final winner of the Best Original Song Score Oscar. It was an amazing album. The track that stood out for me the most was the title track. There was such a beauty and mystery to it that it inspired one to think about what the Purple Rain was. Was it a weather phenomenon? Was it a sexual reference? Was it something spiritual? Whatever it was, it was something magical. It was probably Prince’s signature song, as landmarks around the world turned purple after his passing.

I have a personal connection to this song as well. From 2006 up until 2013, with one final evening in 2015, I routinely attended karaoke at a local bar. I loved singing there. It was the last refuge of my performing ambitions, and I always loved tackling songs from different artists and different genres. Every evening I attended, I performed at least one new song. If one of those new songs ever failed, though, I always had “Purple Rain” as my go-to song to get the crowd back on my side. No matter how I might have whiffed with songs by The Beach Boys or Meat Loaf, this song always bought me back from the brink. If you want to hear me singing the song, or if you’ve wanted to match a voice to my writing, here’s my performance of the song from shortly before my 30th birthday and the end of karaoke.

With all the songs that Prince released, he wrote seemingly hundreds more and gave them to multiple musicians to perform. One of my favorite collaborations was between him and Sheila E., for whom he composed several songs, including “The Glamorous Life” and my personal favorite, “A Love Bizarre”.

This was another song I would occasionally perform at karaoke. As alluded to earlier, I always viewed the 80s as a more grown-up time than what I was up against. I think Prince’s lyrics (at least before his conversion to the Jehovah’s Witness faith) were reflective of how grown-up the decade appeared to me. It was an interesting time, as there was lots of discussion about AIDS and safe sex. Perhaps Prince’s music, and the music of scores of others in the decade (pardon the pun) served as a relief outlet for people who were scared about sex. On the other hand, it might also have inspired their sexual activities.

Another artist Prince collaborated with, and contributed a rather explicit song to, was Sheena Easton, who performed his song “Sugar Walls”, which was all about the vagina.

A lot of people have come to dislike this song, with VH1, about a decade or so ago, naming it one of the 40 worst dirty songs ever. I disagree with that, and not just because I’m a fan of 80s culture. I don’t see what’s so bad about it. Maybe the people who dubbed it a bad song preferred something more subtle. If they wanted subtlety, perhaps they should’ve stuck with Shakespeare’s sonnets, which were basically about sex once you parsed through the prose. Speaking for myself, I like the forward, the blatant, the shocking…It’s one of the things that, although it may sound immature, spurred me on towards maturity.

Of all the talents Prince wrote for, though, the ones that stand out the most for me are Vanity 6, the project fronted by Denise Smith, who would precede Prince in death with her passing in February. Ms. Smith did not look back fondly upon her time as a singer and actress, and I can understand why. I thought it was great material, though, and Prince’s contributions were what made them so memorable. The song that sticks out the most for me would have to be “Nasty Girl”, which Prince, naturally, wrote and produced for the group.

I first heard this song in one of my all-time favorite movies, and a big influence on my own writing, Beverly Hills Cop. The way the groove went along with Axel Foley (Eddie Murphy) getting ready to take an associate of Victor Maitland’s (Steven Berkoff) down was a genius combination of music and image. I know that Rick James had originally written a song for the strip club scene discussed, but I think this was a better match-up. I often wonder what Eddie Murphy thought of Prince. We heard his Michael Jackson, his James Brown, his Teddy Pendergrass, but never a Prince impression. I would’ve liked to hear that, mainly because they sounded like they had similar speaking voices, quiet and clipped, but always ready with a quick line.

One thing that I regret being annoyed by was Prince’s reluctance to have his music be featured on YouTube. YouTube was how I became familiar with a wide range of 80s performers I had never heard before, as well as with deeper tracks and remixes from the talents I loved. I was hoping that Prince would eventually change his mind and not be so uptight about his music being on YouTube. I understand too late that he was passionate about his music, and to have that kind of passion for anything is what makes a legend a legend. It’s what inspires the best artists, and Prince was one of the best at what he did. Now that a lot of his vintage tracks are on YouTube and haven’t been taken down by Warner Brothers, I would trade all of those videos to have Prince back alive and performing again.

In summation, Prince is one of my all-time favorite performers. He created musical soundscapes that allowed one to experience freedom of various types, from the sexual to the spiritual. He certainly expanded my horizons, and allowed me the chance to think ahead to something bigger, something better, something brighter. Whenever I was in a rough spot, I could turn around and find one of Prince’s songs, whether he performed it, wrote it or produced it, and I would be cheered up. I hope that future generations will be able to do the same as well. 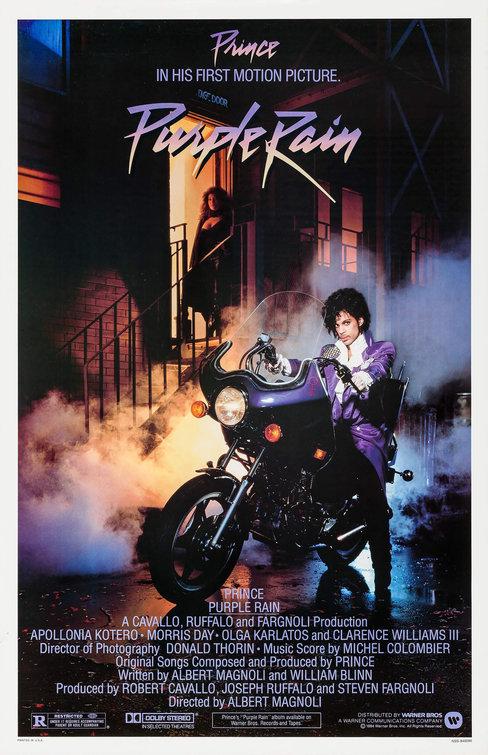 What are your memories of Prince? What are your favorite songs of his? Did you ever see him in concert? Feel free to leave a comment below. I’d love to hear them.