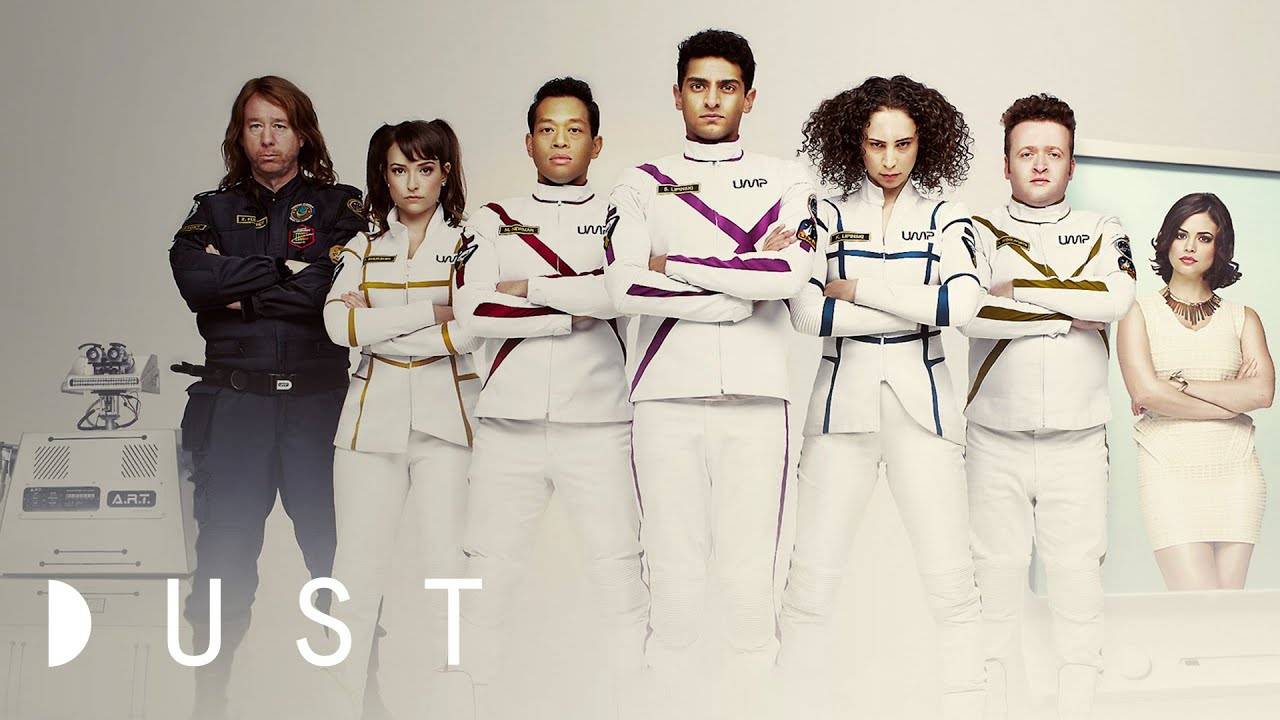 Earlier in the month, we mentioned that the neglected, prematurely cancelled comedy Other Space had found a new home on streaming app DUST. It’s worth bringing up again since not only is the premiere just days away, but the cast will be on hand to answer your questions in a special screening of the pilot episode.

DUST, in cooperation with the website Den of Geek, will broadcast a live screening of Episode 1 of Other Space at this address, followed by a Q&A with creator Paul Feig and some of the cast: Karan Soni (Deadpool, Deadpool 2), Eugene Cordero (Kong: Skull Island, “The Good Place”), Conor Leslie (“The Man in the High Castle”, “Titans”), and Neil Casey (Ghostbusters 2016, “Avenue 5”). Tune in Thursday, July 30 at 3pm PST / 6pm EST.

It is the year 2105… a young, inexperienced and highly flawed crew embarks on a routine exploratory space mission. Suddenly, their ship, the UMP Cruiser, is drawn through a portal into a different, mysterious universe. With no maps, no contact, and no way back home, Captain Stewart Lipinski, First Officer/Stewart’s-Older-Sister Karen Lipinski and their crew have to learn to work together, all while dealing with mysterious space clouds, food and fuel shortages, robot rebellions, folds in time, and the occasional alien attack.

Other Space originally premiered five years ago on Yahoo’s short-lived streaming service alongside the sixth season of Community. It received high praise from critics, but due to where it wound up, it fell off the map. These are not new episodes, they’re the only eight that will probably ever be, but they’re still hilarious.

The good news is that those who find Other Space won’t have to pay to watch it…all content on the DUST app is free. Grab it on Roku and see what you missed with Other Space starting August 1.

Patrick Stewart Will Reprise The Role Of Picard