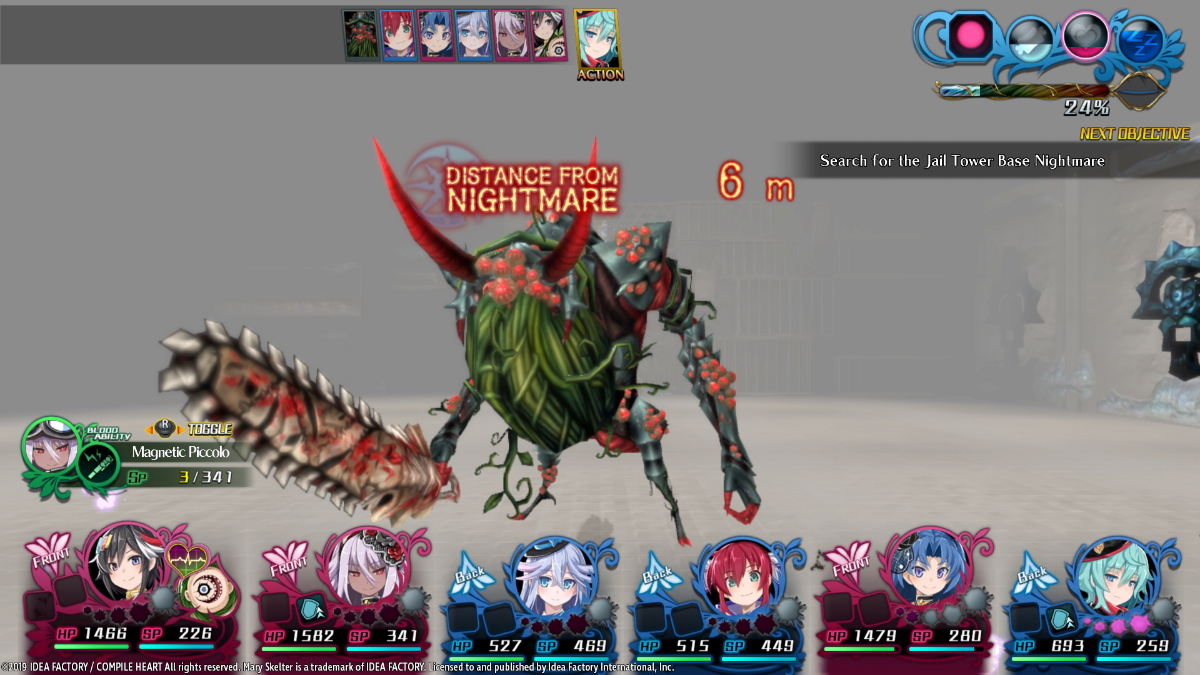 Idea Factory is publishing Mary Skelter 2 on the Switch next month. And today they revealed there WILL be a physical version, published through Limited Run Games. The physical will not go on sale until November 26, a month after the digital version, and it won’t actually mail to customers until 2020, but it will exist in solid form eventually.

Limited Run’s Douglas answered fan questions in a recent live Twitch stream four days before this announcement. Mary Skelter was brought up by someone, and Douglas’s reply was “I don’t know yet, we’ll see.” Well played.

What is Mary Skelter and when did the first one happen? It was published back on the PS Vita in September of 2017. It’s a horror-themed dungeon crawler with turn-based battles and anime sensibilities.

Mary Skelter 2 is more of the same, basically, but odds are you missed the first game. Idea Factory has you covered….the Switch release of Mary Skelter 2 will contain the original Mary Skelter: Nightmares as a bonus. You kinda need to play it first as the protagonist of the original, Jack, reappears in the sequel. To say how or why would be a spoiler.

You’ve gotta escape a dark dungeon full of horrifying monsters….twice. As you maneuver through the chambers, you’d best keep out of the line of sight….though one is gonna see you eventually. If it does, you’ll enter “Murder Hunt” mode where you’ll be chased in real time and must escape without the aid of a map. If it manages to catch you, all is not lost. Good thing you can bring some of these monsters onto your side and have them battle for you as Blood Maidens.

Mary Skelter 2 will be out on the Switch October 22, just in time for Halloween.

Hunt: Showdown Is Free This Weekend