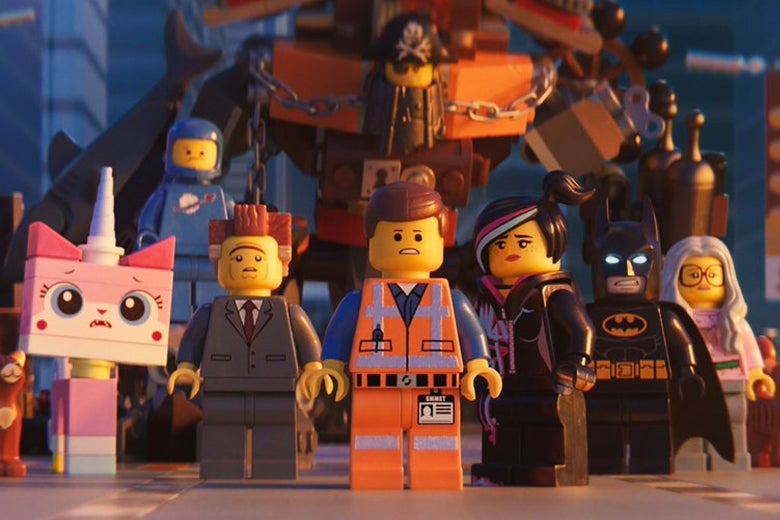 Everything was awesome for Warner Bros when they finally scored an animated hit in The Lego Movie. The faux-stop motion brick-imation picture charmed the world and proved once and for all how incredible Phil Lord and Chris Miller are. Unfortunately WB got a little crazed with success and greenlit a ridiculous amount of sequels and spinoffs, then released three in a little over a year’s time.

By the time The Lego Movie 2: The Second Part was released last February, the moviegoing public was about Lego’d out. It didn’t perform nearly as well as it would have if The Lego Batman Movie and The Lego Ninjago Movie hadn’t been pumped out before it. But circumstances aside, is the film any good?

We would say so. It doesn’t outperform the original, but it’s not terrible either. Continuing the conflict set up in the previous movie’s ending, Emmitt and his buddies have to deal with foreign invaders from the Sistar System who have laid waste to Bricksburg. When Wyldstyle and the others are captured, Emmitt alone must find a way to save them — and with the help of a strange new ally, he just may pull it off.

Fall is looking awesome as The Lego Movie 2: The Second Partwill be available to stream on HBO NOW starting September 21st. Your favorite heroes of Bricksburg return in an epic action-packed adventure to save their beloved city once again!

Facing a huge new threat from invaders from outer space wrecking everything faster than it can be rebuilt, original cast members Chris Pratt, Elizabeth Banks, and Will Arnett are joined by new friends including Tiffany Haddish, Stephanie Beatriz, and Alison Brie to test their courage, creativity and Master Building skills.

The Lego Movie 2: The Second Part is streamable starting today on HBO Now.