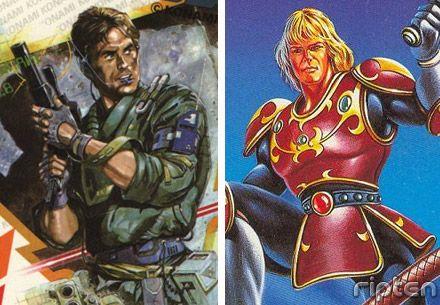 Just look at a recent post on NeoGAF (via jin115.com) regarding Konami’s future:

“We saw with these games that even people who buy physical games are motivated to buy extra content. The success of Power pro especially has motivated us to actively push more of our popular series onto mobile than ever before.”

“Gaming has spread to a number of platforms, but at the end of the day, the platform that is always closest to us, is mobile. Mobile is where the future of gaming lies.”

“We hope that our overseas games such as MGSV and Winning Eleven continue to do well, but we are always thinking about how to push our franchises onto mobile there too.”

“With multiplatform games, there’s really no point in dividing the market into categories anymore. Mobiles will take on the new role of linking the general public to the gaming world.”

I’ve had nightmares where I read public statements like that, and then I wake up screaming, become relieved it was all a dream, and go blissfully back to sleep.

I just tried to wake myself up and failed. Egad, this is a real thing. We actually just saw a large, established video game company wave a high-quality, anticipated, exciting game in our faces — then yank it back, erase all evidence of it, and then abandon their fanbase entirely, perhaps permanently. This is how badly the state of the gaming industry has decayed.

All constructs have their peaks and valleys. If you don’t like the current state of something, just wait a while and things might swing toward the better. For example, if you were around in the 70’s and 80’s and you like superheroes, then you’ve been living under a tremendous weight of culturally-induced shame for decades, and the 2010’s have to be some kind of dream come true. Our movies are crammed with them, they’re taking over TV, and we still haven’t reached peak saturation. If you like good television, it was hard to find until recently. Now with cable companies and streaming outlets fighting for social media buzz, there are so many well-written, well-crafted serials out there I can’t keep up with them all.

If you like good video games, you’ve had it swell — until now.

The AAA production method has become way too bloated and expensive, and is collapsing under its own weight. The mighty Japanese companies of old have been dying out one by one as their talent leaves and their resources dwindle. Konami isn’t the first, they’re following Sega and Capcom. Only Nintendo remains steadily afloat, and this is because of their hyper-conservative, slow-and-steady business practices that always earn them criticism (NOW who’s laughing?)

Phones became powerful enough to run games, and since Apple doesn’t care about the quality of games, that market went so far south that it might be impossible to become any worse. The only way to make any money is to cram a game full of predatory, gambling-like psychological tricks to manipulate the clueless into addiction. A healthy market needs a mass audience to survive, which means attracting the dumb people as well as the smart ones, and the dumb people have now become satisfied with the device they already have, even as it steals money from their wallets in the most disgusting and amoral of ways.

As the market shifts to digital, the number of available games will increase. While that sounds like a good thing, it’s not: over-saturation doesn’t help anyone. We’re coming to the point where anyone can push a few buttons and sell a game, and when there are that many contenders out there, being heard or noticed becomes impossible and entirely up to chance, no matter how good your game is. So most people won’t even put forth the effort.

The new generation that grows up under this decayed market won’t be playing Super Mario Bros, Zelda, FFVII, GTA or Halo. Their general opinion of games is going to come from this noisy market full of awful titles, and the result will be that they’ll dismiss video games as an art form, believing them to be of no worth.

I want to be wrong about all this, but it’s something I’ve worried about for years, and it seems to be all coming true. We’re on the edge of a Dark Age for video games, an age where the capitalist market can no longer generate a popular game of high quality, similar to the fate that befell cartoons in the 1960’s. It took decades for animation to crawl out of that pit. I hope I’m not a senior citizen by the time good games are possible again.