Kingdom Hearts 3 comes out at the end of January…feel like indulging in a bit of nostalgia and replaying the series? There’s now a convenient all-in-one package for that. Square has re-released these games plenty of times, each in a smaller number of compliations.

As of today, it couldn’t be simpler: all things Kingdom Hearts (to date) are in one package. All you need is Kingdom Hearts: The Story So Far, containing every bit of KH-related material produced by Square to date (at least for consoles) in one $39.99 box. Counting the spinoffs, it’s got a whopping nine games:

Those who have never dove into the Kingdom Hearts universe might be asking if it’s possible to play all that before January 29, when Kingdom Hearts 3 is released. Probably not, but you can try. Kingdom Hearts: The Story So Far is now out for Playstation 4. 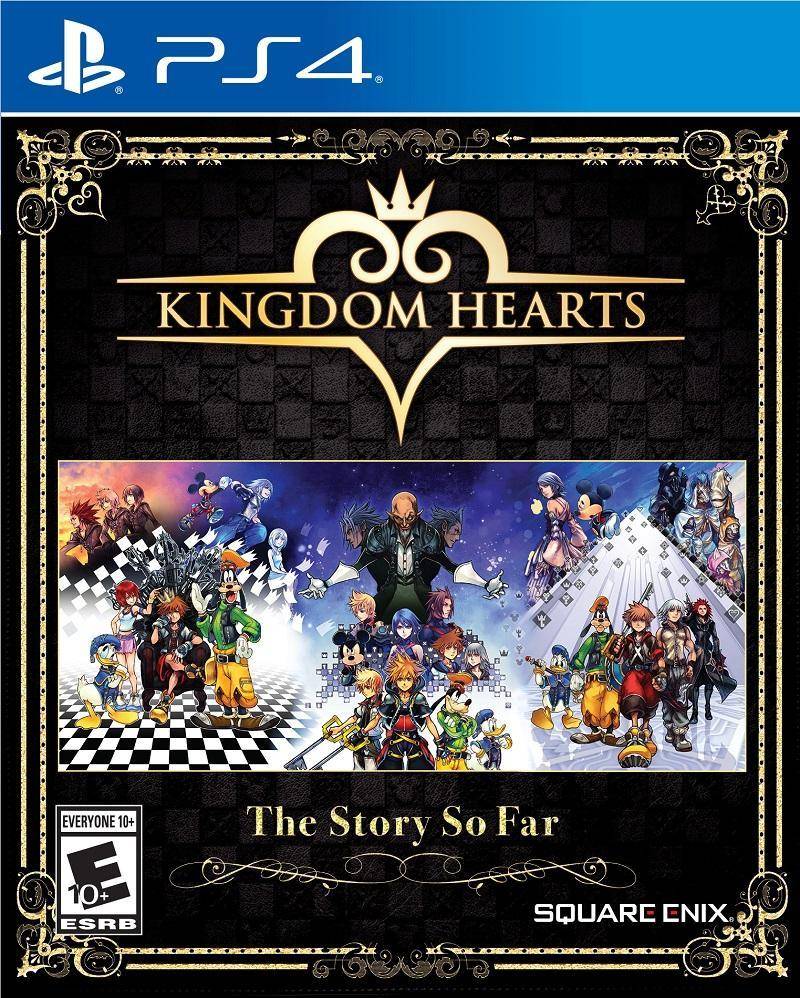 In KINGDOM HEARTS –The Story So Far–, Keyblade wielders can relive the magical adventures of Sora, Donald Duck, Goofy and friends as they attempt to stop the Heartless invasion that threatens their universe. Fans will travel to iconic Disney locales and join forces with beloved Disney and FINAL FANTASY® characters in order to fight back against the threat of darkness and bring back light to all worlds.