The official trailer for the new Adult Swim animated series, JJ Villard’s Fairy Tales has been released. The series was created by Emmy-winning animator, JJ Villard, and will premiere on May 10, 2020, on Sunday night at 12:15 am. That would be the Sunday night leading into Monday.

JJ Villard’s Fairy Tales is a warped interpretation of the classic Brother Grim fairy tales. According to Adult Swim, the charm and cuteness of the original stories, such as Snow White and Cinderella, will still be there, but they’ve been updated and packaged into a ball of “raw, visceral, gross weirdness.” 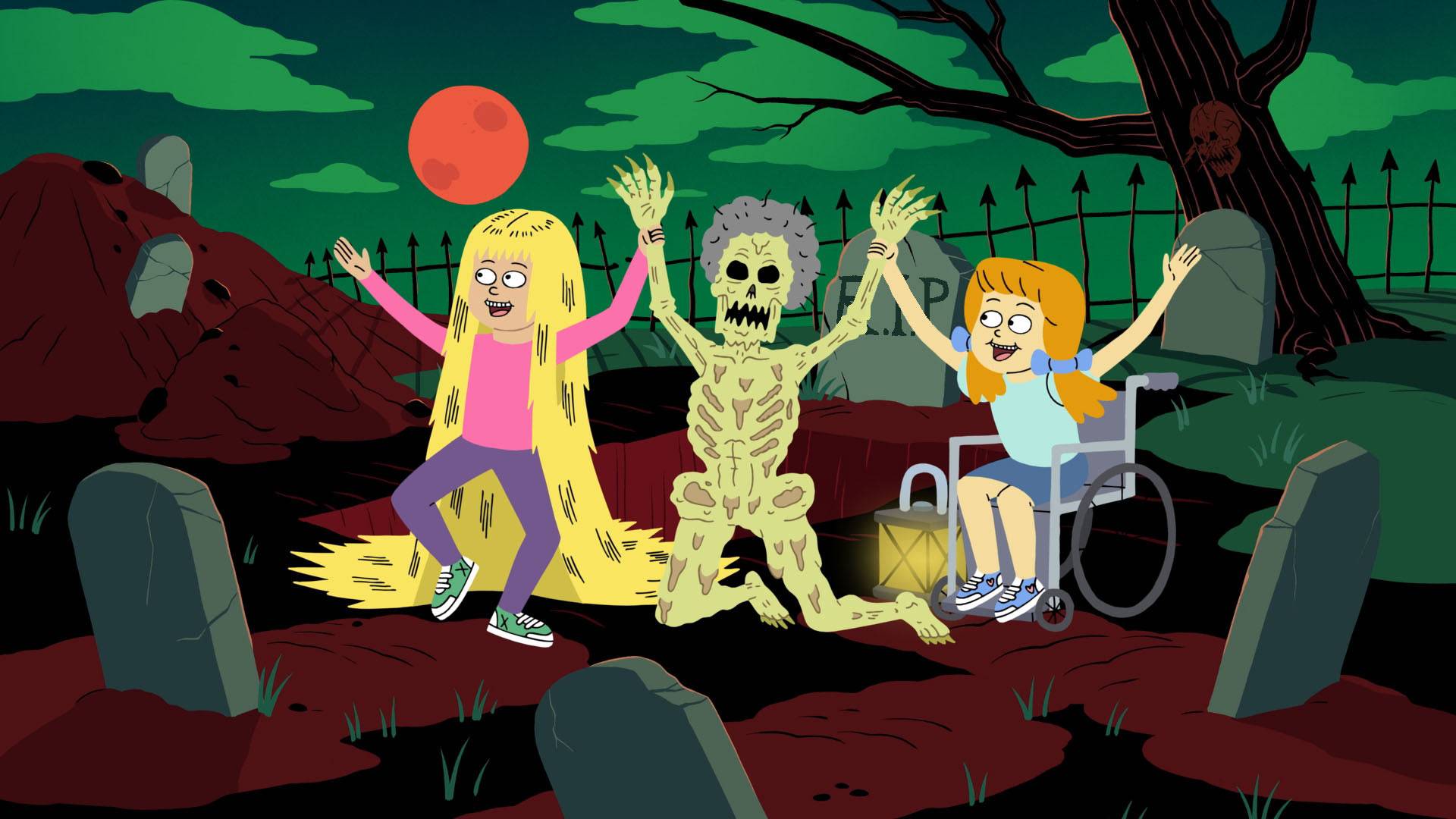 Check out the new JJ Villard’s Fairy Tales trailer for a taste of things to come.

JJ Villard’s previous animated series, King Star King, ran for one season, from 2013-2014. The series consists of six episodes and follows an intergalactic warrior, King Star King, as he fights evil foes throughout the Gigantiverse in a waffle restaurant. By his side are his team of which includes Pooza, the Wizard, Hank Waffles, and Gurbles, the flying robot bear.

JJ Villard’s Fairy Tales will premiere on May 10, 2020, on Sunday night at 12:15 am, which is the Sunday night leading into Monday. For more updates on the new upcoming animated series and all things Adult Swim, follow the official AS twitter account.

Editorial: 10 YouTube Channels To Watch While Social Distancing DuckTales Quackshots: The Game That Could’ve Been

This weekend Adult Swim launches Smiling Friends, its latest animated original. The title of the show is also the name of a small organization devoted to bringing happiness to the world, and the series is centered on their two best employees: Pim, a perky pink little man with mismatched eyes

We reported last week that the YouTube Originals children’s series “Super Sema” would be coming back for a holiday special, but apparently it wasn’t done then either. The special was released last Friday, but additional content has arrived in the form of a music video for the song introduced in

Earthworm Jim Is Coming Back To TV

You read the title correctly — the universe’s coolest earthworm is coming back to our galaxy — and we don’t mean another video game. We mean a new TV series! The backstory: After blowing everyone away with groundbreaking animation graphics in the Sega Genesis version of Aladdin, Interplay wanted to