It Was Bound To Happen: The Transformers And My Little Pony Crossover

Hasbro owns both Transformers and My Little Pony, two timeless toy brands that have gone through many iterations over the decades. Yet the worlds of Cybertron and Equestria have never intersected, likely because the tonal clash would have been too ridiculous for edgy Gen-Xers to swallow.

You couldn’t do it in the 80s or 90s, but you can sure do it now. It’s the era of the crossover and the Expanded Universe, and nothing is off limits. So Optimus Prime and Twilight Sparkle will finally meet in My Little Pony / Transformers, a four-part comic miniseries coming soon from IDW.

And here’s how it happens:

In MY LITTLE PONY / TRANSFORMERS, the scheming Queen Chrysalis casts a spell in search of changeling allies, but accidentally interferes with a distant Cybertronian Spacebridge… and brings the Autobots and Decepticons to Equestria! As the dust settles, it’s up to Twilight Sparkle, Optimus Prime, and others to overcome the menace of malevolent magic and machinery!

“The writing I’ve gotten to do individually for MY LITTLE PONY and TRANSFORMERS  have already proven to be some of the most fun I’ve had in my career, so it’s pure joy to play them off each other,” says writer James Asmus. “We’re making a wild mash-up unlike anything else in your comic collection. You basically owe it to yourself and your future happiness to get a copy!”

All four issues of My Little Pony / Transformers will be released this May in comic book shops everywhere, one week at a time. 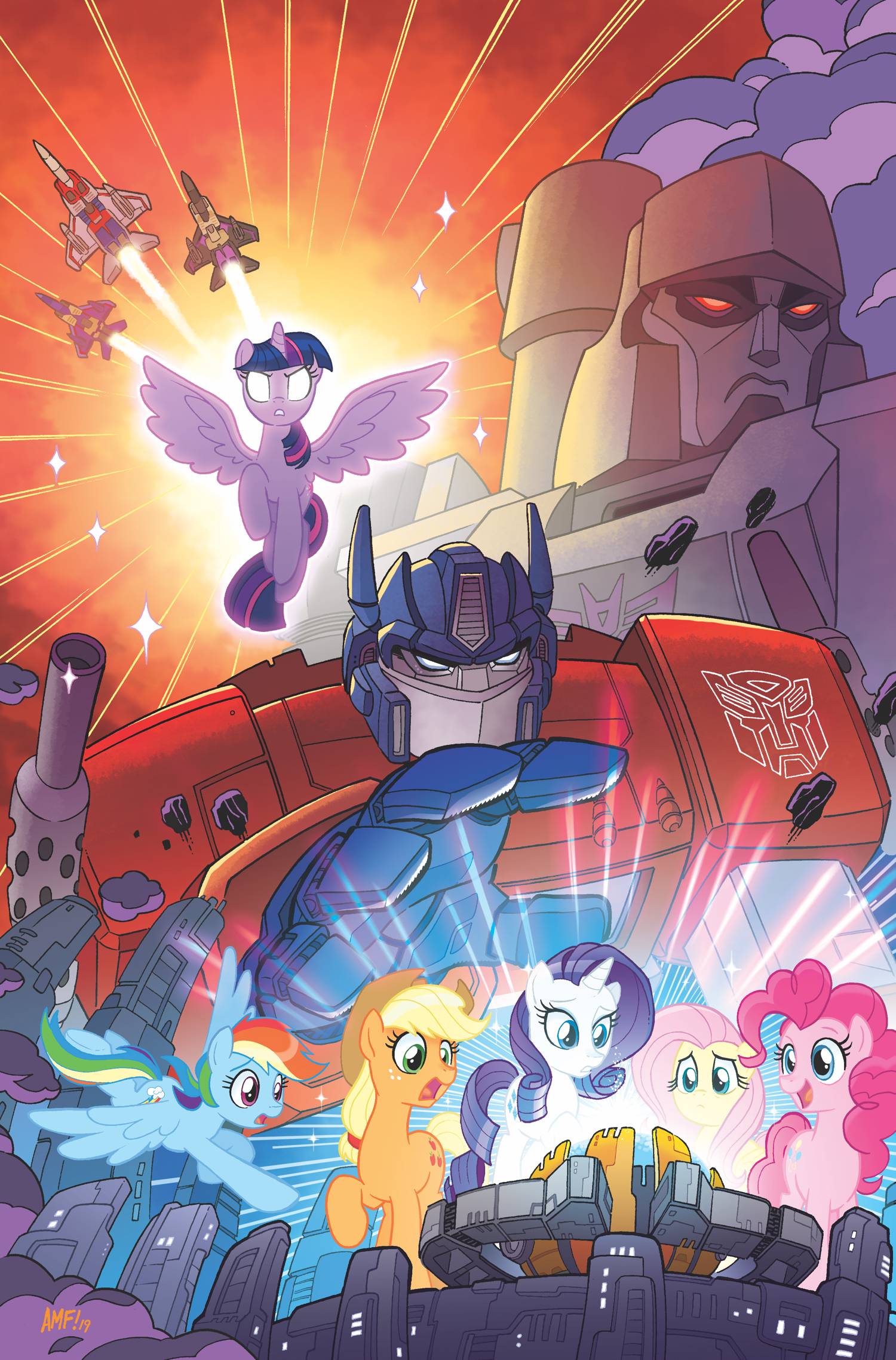