It Had To Happen: Transformers Vs. The Terminator

Both Hasbro’s Transformers and 20th Century Fox’s Terminators are no strangers to the comic book business, and though both robotic franchises have crossed over with other properties, they’ve never run into each other….until now. IDW has announced a partnership with Dark Horse (who currently holds the Terminator license) to produce Transformers Vs. The Terminator.

“I still remember the visceral thrill and terror of my first viewing of THE TERMINATOR, and while I’ve seen it a hundred times since then, it still gets my pulse running,” says John Barber, co-writer and IDW Editor-in-Chief. “I’ve worked on TRANSFORMERS a lot over the years, and the opportunity to combine these two mechanistic universes together to see who comes out on top (while working alongside Tom, David, and my old collaborator Alex, no less) —well, it’s way too exciting a chance to pass up.”

For now IDW is keeping details of the story tight. What we want to know is how exactly these bots meet up, and under what circumstances. Since the Autobots want to protect the Earth, they’d pose a problem for the Machines…in fact, a far bigger problem than John Connor or a resistance made up of fleshy humans ever could. The Machines would then make eliminating the Autobots their #1 priority.

Since Terminators are all about infiltration, you might assume it’d be far easier to build a terminating Autobot than it would to build a robot in a human shell. But ay, there’s the rub….a Terminator Autobot wouldn’t be able to go through time due to that world’s laws of physics that only allow organic forms through their portals. The only real advantage they have here is that an Autobot can change into a truck but a T-1000 can change into anything. Nothing fifty feet tall, though.

The first issue of Transformers Vs. The Terminator will roll out in March of 2020. 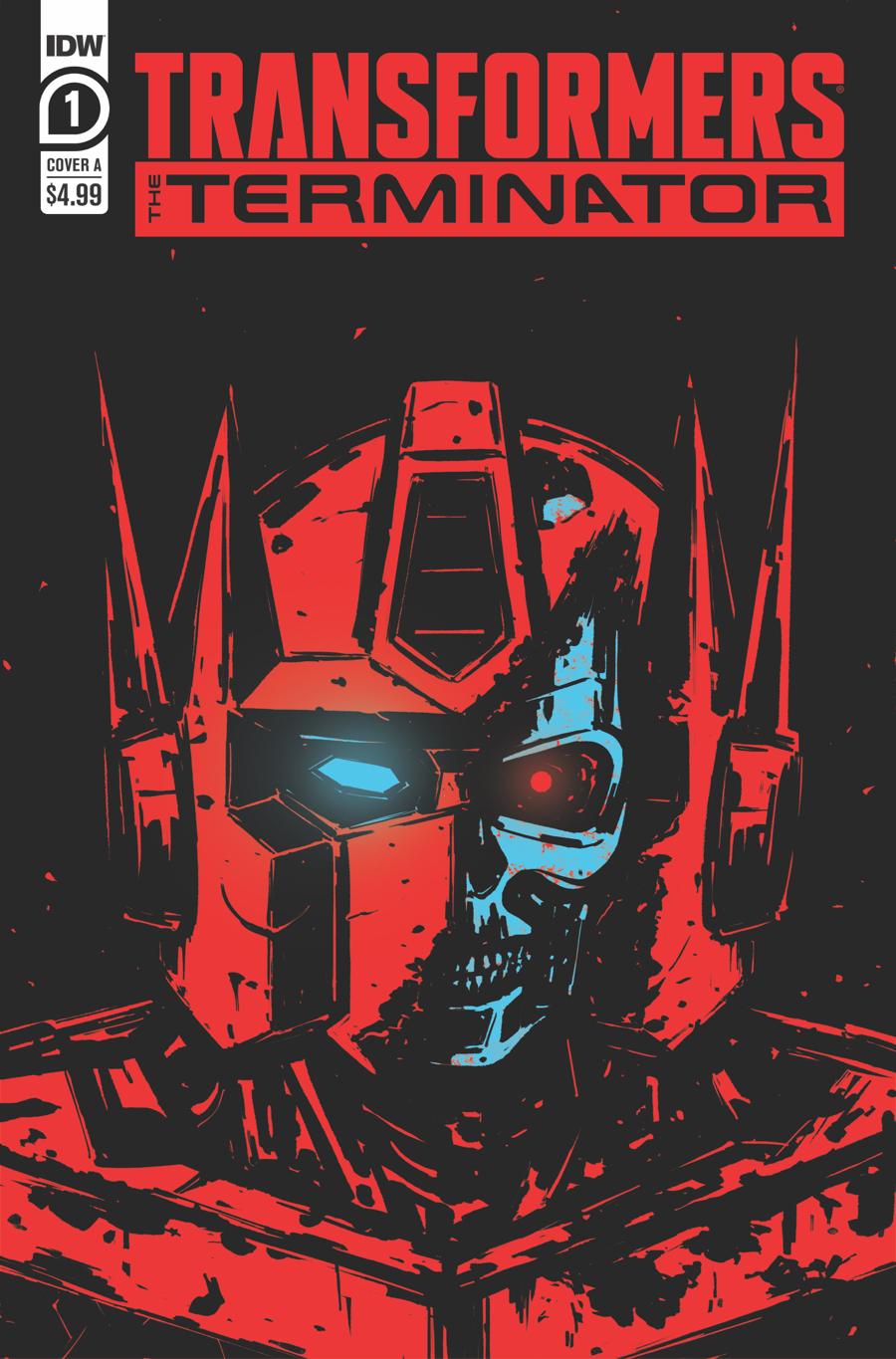