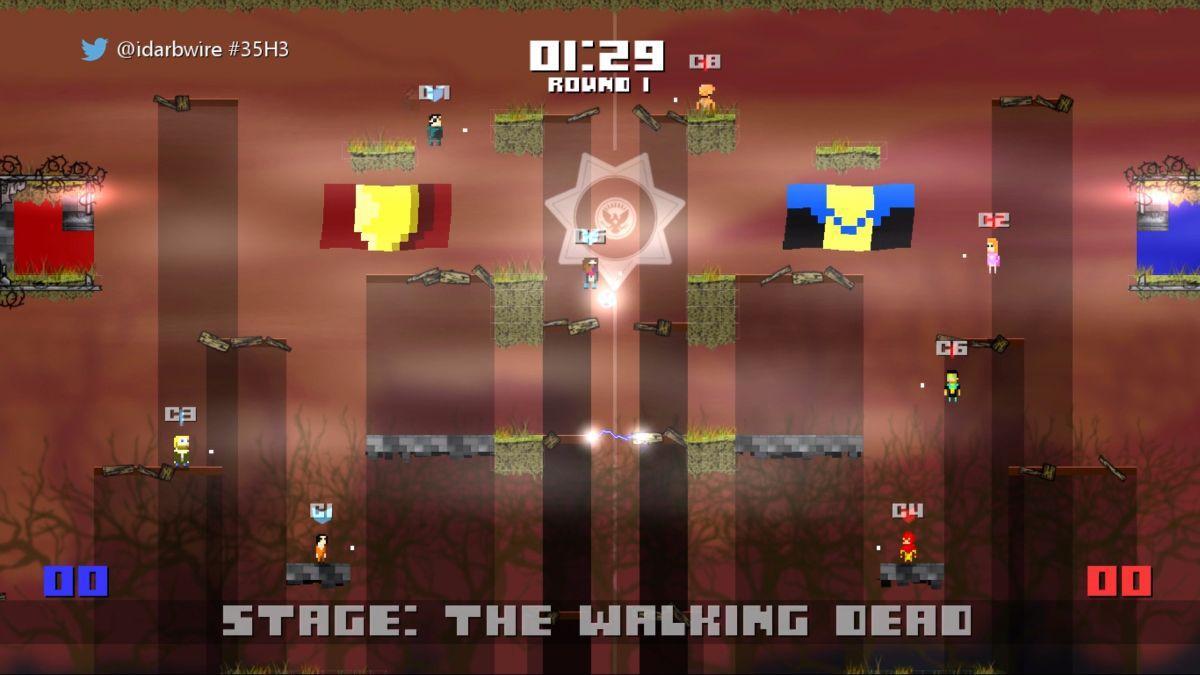 In a show of appreciation for Robert Kirkman and his works, the mobile game #IDARB is getting a DLC add-on pack that’ll include character skins from two of Kirkman’s most famous comic series: The Walking Dead and Invincible. For those who don’t know, #IDARB is one of Xbox’s “Games With Gold” titles, and has been downloaded nearly 2 million times.

“We’re very excited to be partnered with Skybound for this DLC offering,” said Mike Mika, Other Ocean director of development and #IDARB creator. “Drawing from the rich universes of The Walking Dead and Invincible enabled us to bring unique and exiting experiences to #IDARB. We think fans of both comics and the game are really going to enjoy this.”

“We are thrilled to expand #IDARB arenas with Invincible and Walking Dead content,” said Skybound Interactive President Dan Murray. “This is our first step into esports and we look forward to working with the team for many seasons to come!”

This digital add-on pack will be available to purchase in-game and on the Xbox One Marketplace for $2.99, and offers the following features: