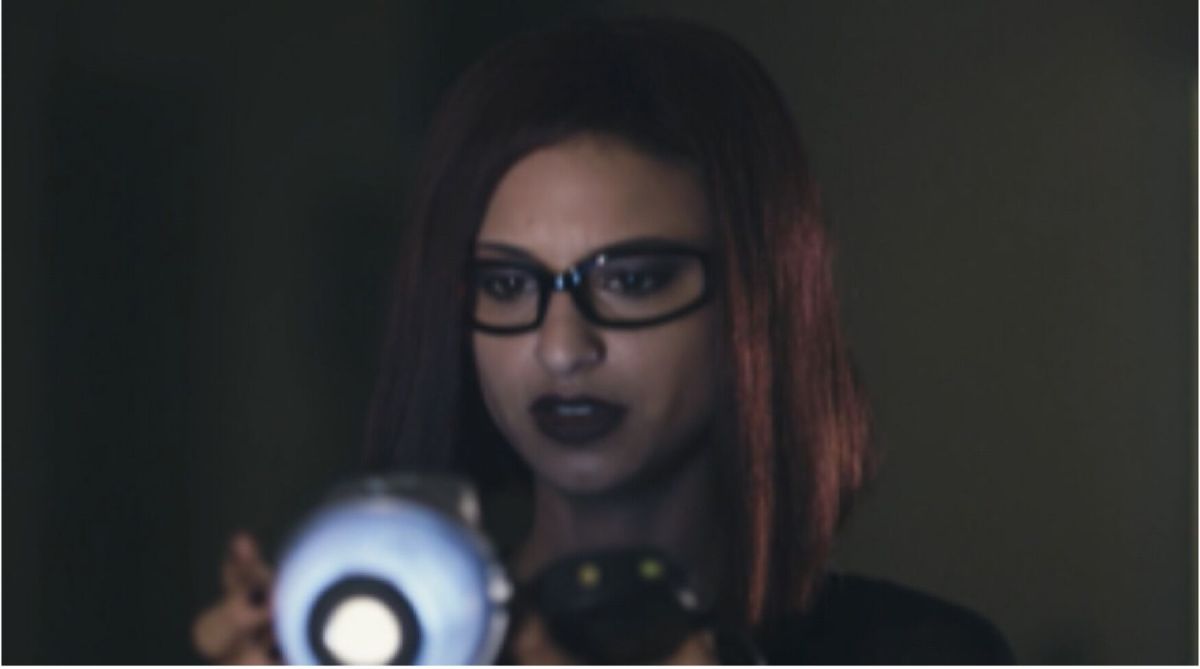 There’s a story they tell about the abandoned asylum next to the college campus….some say an ex-patient known only as the Mole Man still resides there. Is the story true? If it wasn’t, it wouldn’t be much of a movie. A gang of college students decides to investigate the asylum, and runs into the expected trouble. The title refers to the fact that they’ve conducted 12 investigations before this one, and they’re about to hit an unlucky number.

Investigation 13 was shot eclectically, using not just traditional camera work, but found footage in lots of different media: hand-held cameras, surveillance footage, and even smart glasses (so there was a use for Google Glass after all). The screamer stars Meg Foster (“Twin Peaks”, They Live), Stephanie Hernandez, Patrick Flanagan, Robert Paget, William Alexander, Giordan Diaz, Jesse Ramos and Peter Aratari as ‘The Mole Man’. It was directed by Krisstian de Lara, off a screenplay written by Clay Smith and refined by de Lara and Rolando Vinas.

Check out Investigation 13 this September on DVD and VOD platforms, courtesy of Uncork’d.

Investigation 13 is a new-age fright-fest chronicling the tale of a group of college science students investigating the urban legend of The Mole Man, an ex-patient said to still be residing within the walls of the Black Grove Asylum. When members of the group start missing, they soon learn that this myth is more real than they thought, making this 13th investigation one they will come to regret.

Daughter Of Dismay Is The First 70MM IMAX Short Film

Girl On The Third Floor Takes Up Residence This January