It’s hard to believe IDW has held the GI Joe license for so long and yet hasn’t directly adapted the cartoon into something. Typically the Joe material IDW creates is a continuation of the long-running comic book, or some original story. But with Saturday Morning Adventures, they’re transferring the world of cartoon syndication directly onto the printed page.

This new title won’t be like IDW’s regular GI Joe series — it’ll be far zamier, befitting the anything-goes plotting of the animated series. The character designs will be lifted straight from TV and look like they just came off the cels. Artist Dan Schoening and colorist Luis Antonio Delgado will be creating those visuals, with writer Erik Burnham cooking up the events.

“I loved how straight-up weird cartoons can be,” says Burnham. “The G.I. JOE: A Real American Hero cartoon allowed for gremlins, Egyptian gods, and of course, a ninja dressed in an 80’s New Wave outfit, wig and all. You never knew where the show might take you. Writing a story set in that universe, you can do anything… and I’m partnered with artists like Dan Schoening and Luis Antonio Delgado, who can draw anything. The idea we came to felt right at home within the world of the cartoon, and I can’t wait to share it with everyone.”

Everyone knows that G.I. JOE is the code name for America’s daring, highly trained special mission force, and that their purpose is to defend human freedom against Cobra, a ruthless criminal organization determined to rule the world. But now, Cobra has launched the Aladdin Initiative, their most versatile weapon yet… challenging Duke, Scarlett, Snake Eyes, and the G.I. JOE team like never before!

Look for the first issue of GI Joe: Saturday Morning Adventures to land onto comic store shelves this February. 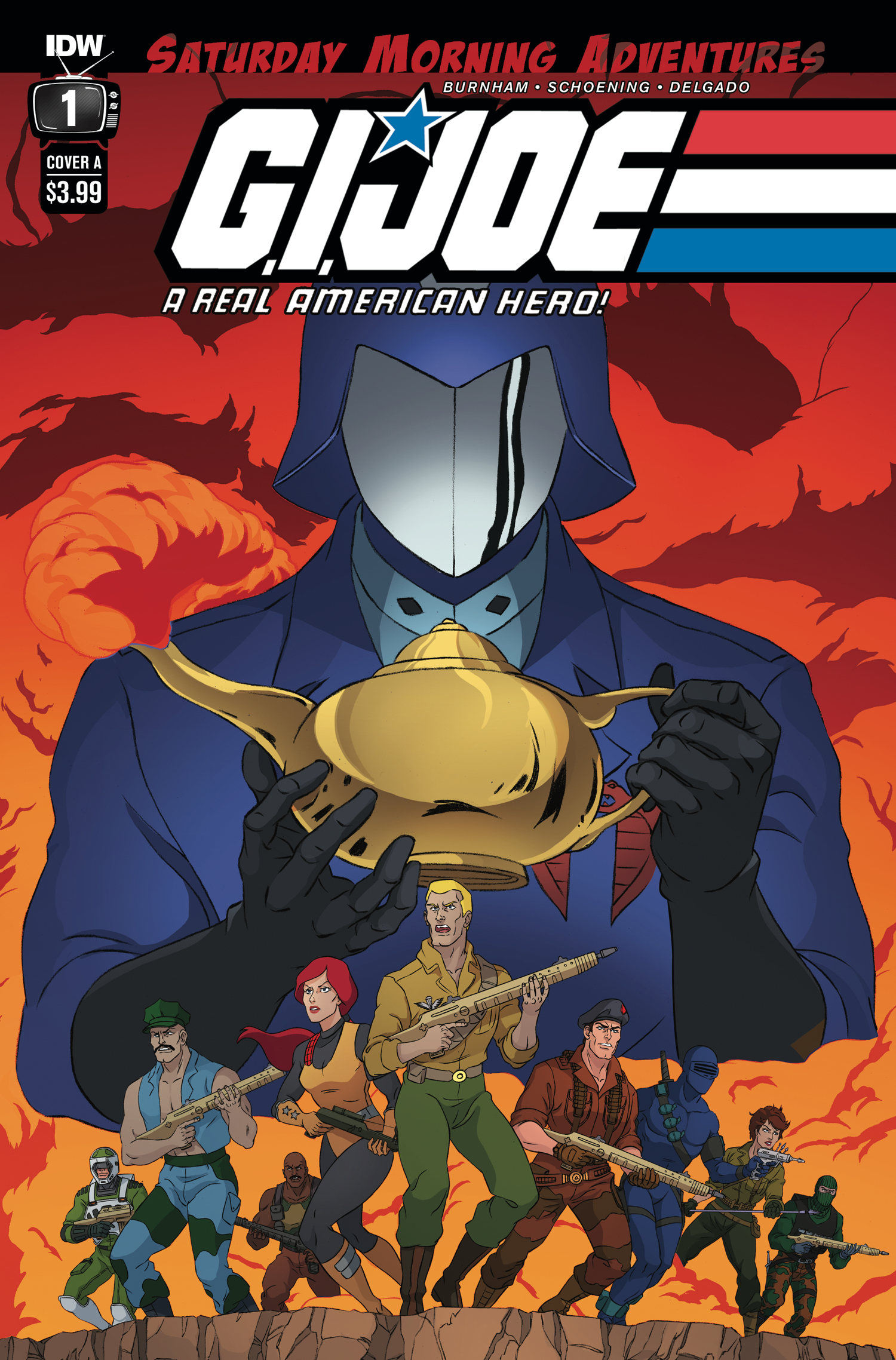 Comic writers Garrett Gunn (Warcorns, Good Boy) and Dr. Christina Blanch (Broken Gargoyles, Good Boy) have once again teamed up to create Postmasters, a post-apocalyptic adventure now being funded on Kickstarter. The setting is described by Gunn and Blanch as a “post-pandemic America,” though by that they mean a virus

Fancy yourself an artist, do you? A big chance to prove your worth is coming soon. The International Comic / Manga School Contest will be opening up entries for its 2022 competition next month. Representatives in the creative field from all over the world will serve as judges: Clip Studio

New York Comic-Con won’t begin for another few days, but publisher IDW got a jump on things with their “State of IDW” pre-panel broadcast live today. You can watch the full panel below, or you can read our summary of the news if you’re crunched for time. https://www.youtube.com/watch?v=R3SHFRDEroU Here’s what’s