IDW announced their next big Transformers series today, Transformers: Wreckers – Tread & Circuits. It explores a corner of the universe not everyone might be familiar with….

On a distant space colony, fat from the war on Cybertron, live the Wreckers — a team of daredevils who entertain the Autobot colonists by performing death-defying stunts. What no one really knows is that the Wreckers are actually there as spies, to report on possible Decepticon or other criminal activity. They’ll have to get to work when they uncover a plot to rig the Speedia 500, a race with the prize of total domination of a whole planet (this doesn’t seem like the best way to decide such a thing, but what do I know, I’m not a giant robot that turns into a car). In Tread and Circuits, the Wreckers must stop the criminals without revealing their true selves.

Transformers: Wreckers – Tread & Circuits is being written by David Mariotte (co-author of the Transformers vs. The Terminator miniseries), illustrated by Jack Lawrence (Transformers: Lost Light) and colored by Candice Han (Transformers / Back to the Future). The Wreckers are an idea that first appeared in the comics, as Mariotte explains. “[They’re] a team of Autobots willing to do what other Autobots wouldn’t, and look cool as heck while doing it,” says Mariotte. “Every iteration has been a bit different, and with Jack and Candice on art, this one’s going to be a gorgeous new take on who the Wreckers are and how they do what they do best.”

“I was collecting the UK Transformers comic when the first Wreckers story was published in 1986, and it’s so awesome to actually contribute to their legend,” says Lawrence. “The Wreckers have always felt like a pulp adventure team, and I’m excited to bring some of that feeling to these pages.”

The first issue of Transformers: Wreckers – Tread & Circuits will go on sale this October. 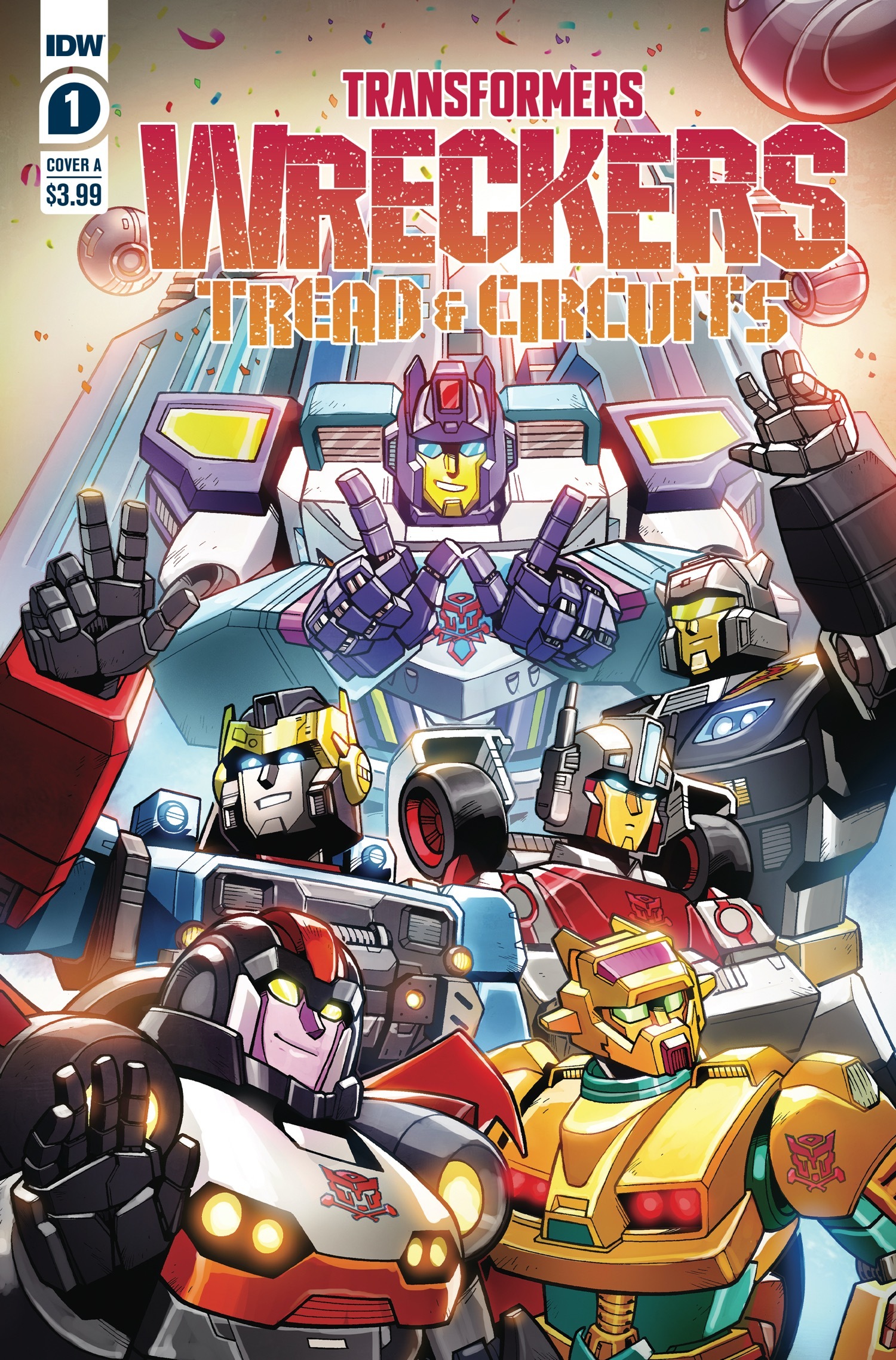 New York Comic-Con won’t begin for another few days, but publisher IDW got a jump on things with their “State of IDW” pre-panel broadcast live today. You can watch the full panel below, or you can read our summary of the news if you’re crunched for time. Here’s what’s coming

Ever feel like a robot in disguise? Now you can let out your inner Autobot through the newly announced Transformers RPG game from Renegade Studios. Create a Transformer character using the roles described in the book, pick your abilities and what to change into, and set off on your journey