Jean-Luc Picard will forever be one of Trek’s most beloved captains, but what if things had turned out differently? What if Picard wasn’t such a nice guy…what if he used his intelligence and position of authority for selfish and evil purposes? Then you’d have Mirror Picard, the ruthless captain of an Enterprise always looking to stir up trouble in Star Trek’s Mirror Universe.

IDW is now working on an all-new epic storyline focused on this version of Picard called The Mirror War. It’s an event so big it’ll take an entire year to tell…eight issues’ worth, plus four specials and a prelude #0 issue. IDW is keeping details light at this time, but the basic plot is that Mirror Picard’s thirst for power is leading him to attempt conquest of the galaxy. Details from past Mirrorverse tales will factor into the events, and the comic will be written by Scott and David Tipton and illustrated by Carlos Nieto.

“We’re absolutely thrilled to return to the Mirror Universe,” says Scott Tipton. “What’s in store for our Mirror Jean-Luc Picard and his Enterprise crew? New faces, new places, and old grudges. Picard’s ambitions are grander than ever, and nothing short of the throne itself will satisfy him!”

“In The Mirror War, we’ll be seeing what happens when Picard gets hold of information that can change the fortunes of the debilitated Terran Empire,” says David Tipton. “The Enterprise crew will find themselves in positions of potential power and wealth like never before.”

Star Trek: The Mirror War will soft-launch with the aforementioned prelude comic this August, followed by the rollout of Issue #1 on September 8, 2021. 13 issues will be released in all. 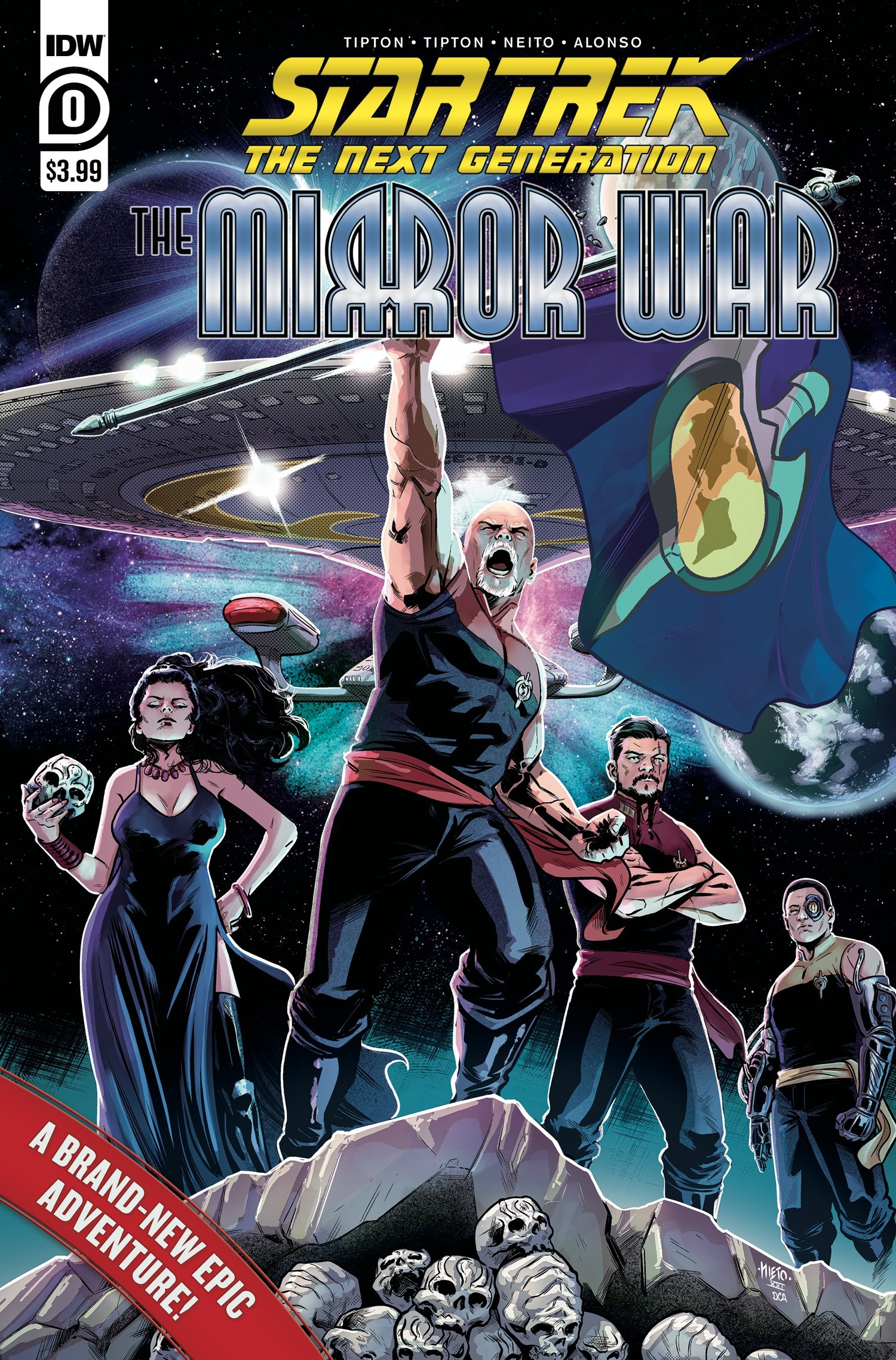